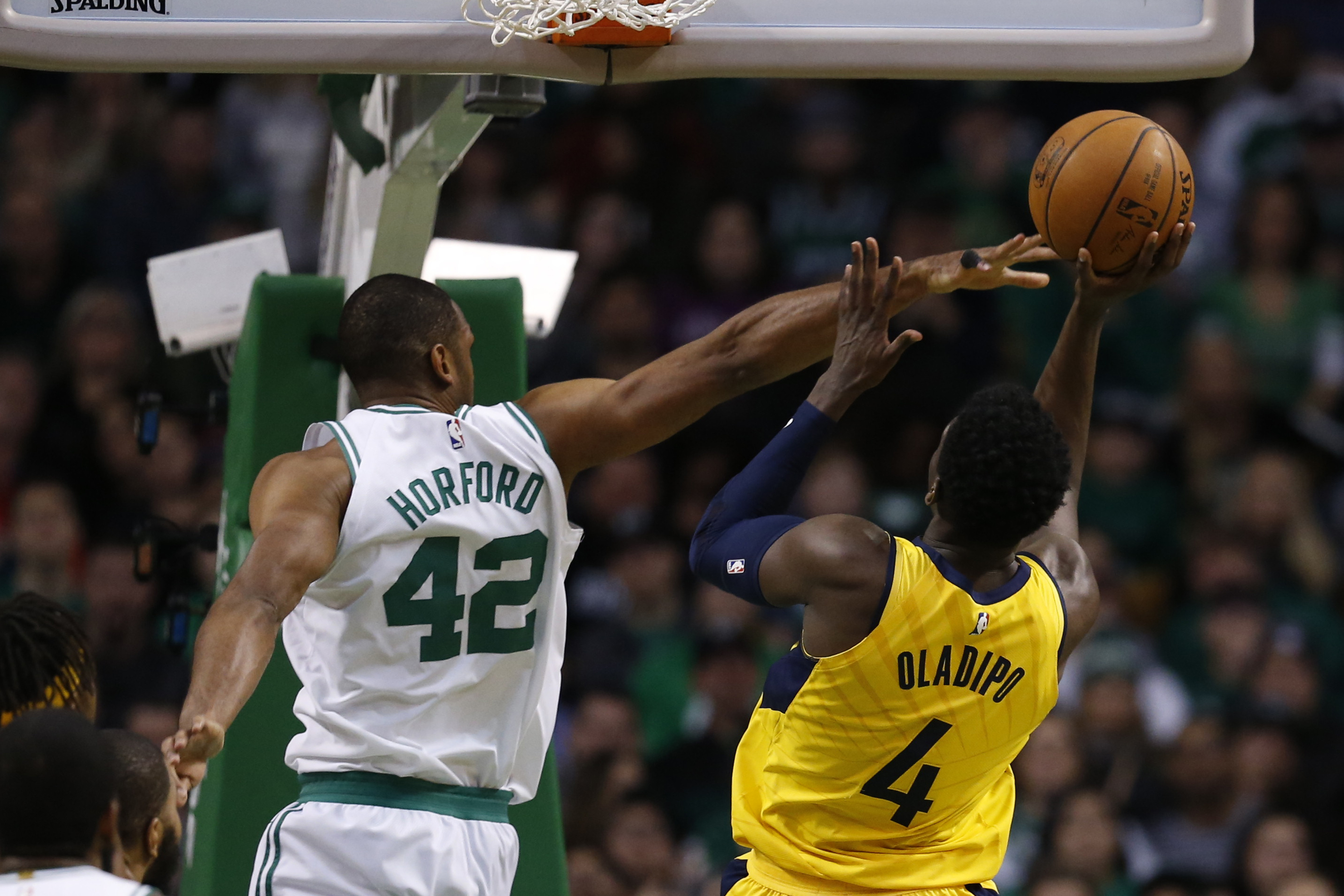 With Indiana getting an unlikely victory against Boston, having Oladipo run the table once again with a spectacular performance can potentially prove how dangerous this Pacers team can be. Myles Turner, one of the best young centers in the game of basketball, scored 19 points of shooting 6-11 from the field to go with 7 rebounds while small forwards Bojan Bogdonovic and Thad Young each contributed 13 points, while Young grabbed a game high 14 rebounds. Coming off the bench for the Pacers, forward/center Domantas Sobanis scored 5 points to go with 5 rebounds, but is having a spectacular breakout year for Indiana after being sent over by the Thunder this season.

A rough stretch from behind the arc for both teams, Boston shot a mere 25% while Indiana was right around the same percentage. Celtics guard Kyrie Irving per usual led Boston in the points category to help gain some offensive firepower, dropping 21 points in 31 minutes, a relatively low number in terms of play for Irving. Small forward Jaylen Brown had 16 points while rookie Jayson Tatum finished with 15 and 3 boards. Out of all the starters, Tatum played the most minutes (36) for Boston which allowed the bench to come on and try and spark the club. Point guard Terry Rozier has been on a tear lately and totaled 10 points, 7 of which came from the free throw line. Newcomer center Greg Monroe had 2 points to go with 4 rebounds, his second game of action since be formally signed to the squad after the Thursday trade deadline.

Through the season series with Indiana, Boston is officially 2-1 with one more game coming in March against the rising Pacers, who have now been climbing the ladder for higher positioning in the Eastern Conference.

Next game for Boston- 2/11 vs Cleveland