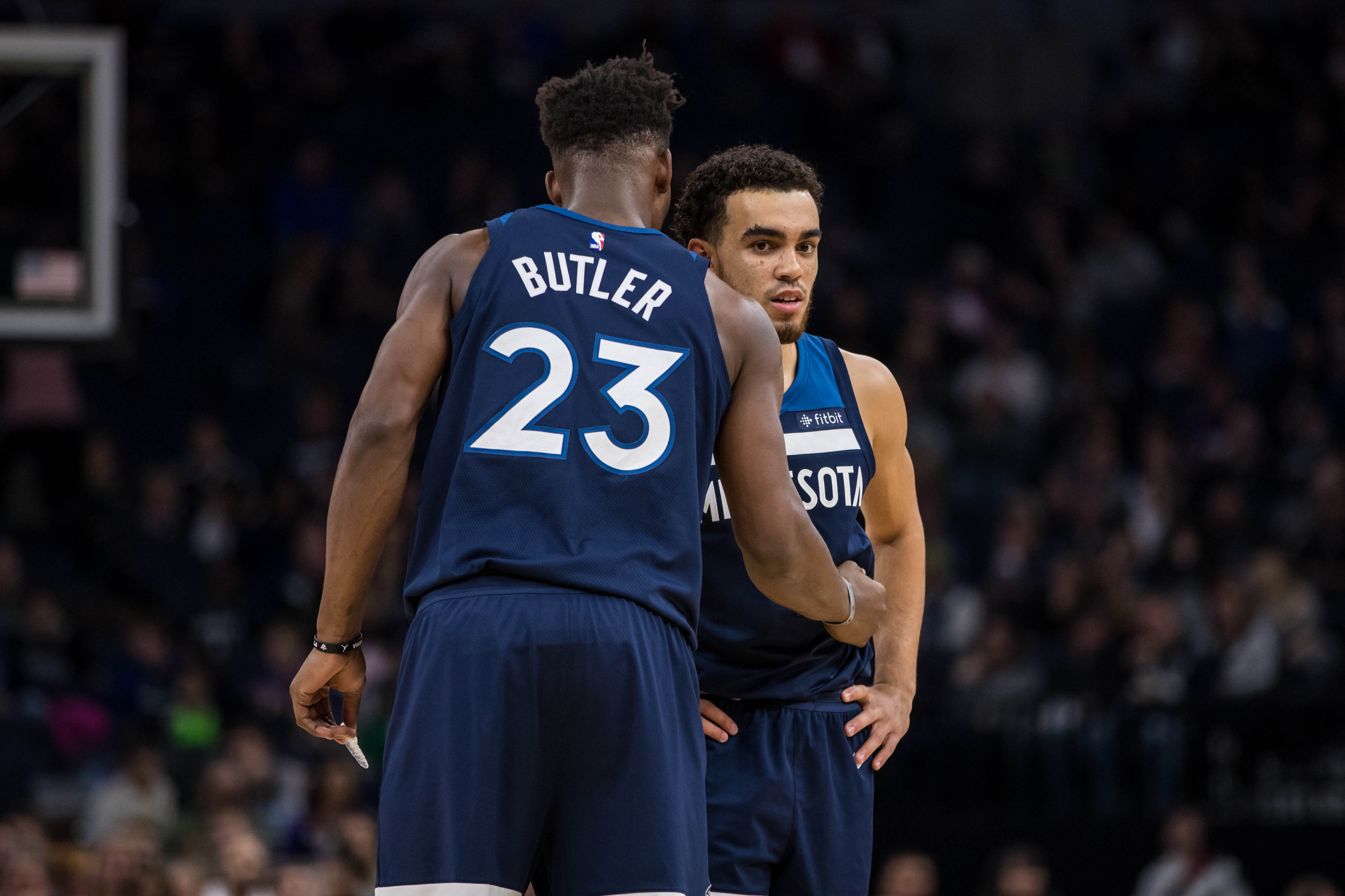 Your favorite player to coach, or at least one of them when you were with the Bulls, just got waived:

Sources: Utah will release Derrick Rose, allowing him to pursue signing with a playoff team. https://t.co/a9RsM4kgTW

Alright, so what happens when Derrick Rose gets waived? Well he becomes a free agent, and a bunch of playoff teams will court him, like—ehem!—the Timberwolves:

The Timberwolves will try to sign Derrick Rose if he clears waivers after his looming release by Utah, according to league sources

Pause! Thibs, before you consider a reunion, like you did in the past, think about him for a second. Think about Tyus Jones.

Look at his stats:

Look at his highlight:

Look at his reaction to his highlight:

Look at your recent reaction to his game against the Pelicans:

You see a pattern here? You like Tyus Jones, I like him and so do Timberwolves fans everywhere—in other words, he’s a fan favorite whose potential knows no bounds.

At least not right now!

Yeah, I see the other side of the argument. Times may have changed—five days ago does feel like a long time—new opportunities have presented themselves, which could be all the motivation that you need to pursue Derrick Rose.

You’re put in a tough situation here, Thibs. You can only rely on one point guard to come off your bench (no, the answer is not Aaron Brooks)

So once again, Thibs: Who’s it going to be?

You’ll be making a mistake if you don’t think this through.