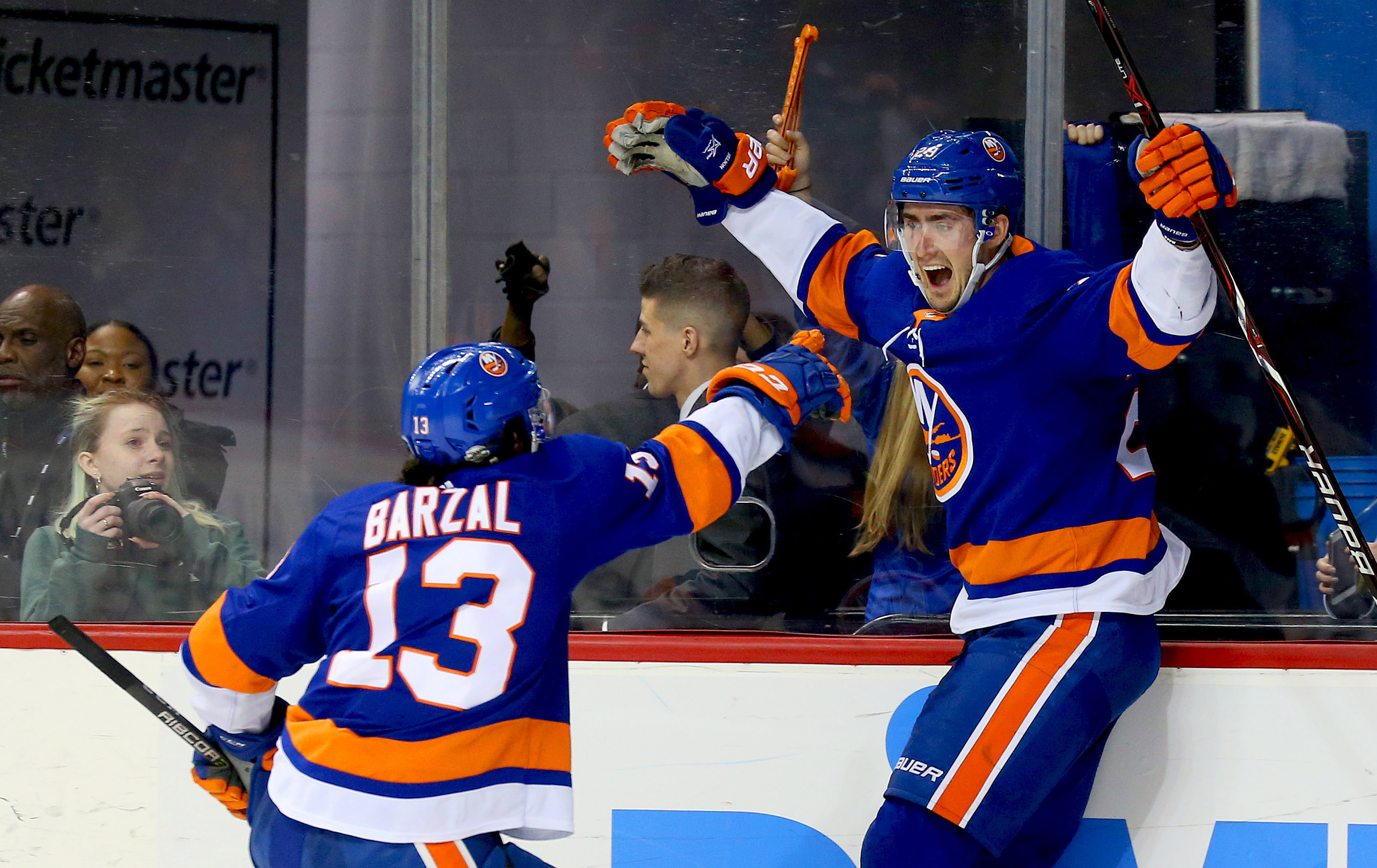 NEW YORK — Friday night’s win may not have been what the Islanders drew up, but for Brock Nelson it was certainly a performance he’d gladly have again.

The often criticized forward recorded his second career hat-trick in an improbable Islanders comeback win over the Detroit Red Wings. It was Nelson’s first multi-goal game since October 11 against Anaheim and just fifth multi-point game this season.

Despite the Islanders struggles in recent games, Nelson has hit a stride recently extending his point streak to four games after Friday night.

“I think every guy in this room is happy for him,” Josh Bailey said about Nelson’s hat-trick. “He’s a great teammate, a great person and it’s great to see him have a big night like tonight. He’s worked hard, he’s earned it. You have the ups and downs of a season anyone goes through. He’s had some heat at times, but you wouldn’t know it by the way he carries himself.

“He keeps focused, he keeps working hard, never complains and those are the guys you really like to see get rewarded.”

Nelson, a two-time 20-goal scorer, has taken criticism over his career for his streaky play during the season. In 56 games this year, Nelson has 14 goals but they’ve been widely spread out over the season.

Prior to Friday, Nelson had scored just twice since the calendar changed to 2018.

“It’s been a month where he’s picked up his defensive play tremendously,” Islanders head coach Doug Weight said about Nelson. “His faceoffs have been important for us and they’ve kind of just in this last 10 days with Clutter and Ladder kind of become a checking line. But have been contributing a little bit and just had a heck of a game.

“Obviously getting the hat-trick and the OT winner that’s always nice, but hopefully that can vault him and our team. It makes us a different team when Brock is playing like that.”

Considering all the craziness in Friday’s win, it would have been to almost overlook a historical night for Mathew Barzal.

Barzal joined the ranks of Mario Lemieux, Wayne Gretzky, Pat LaFontaine, and Peter Forsberg as players who have all had multiple five-assist games since 1987. He also among the likes of Alex Ovechkin, Evgeni Malkin, Sidney Crosby and John LeClair, all of whom have had three or more five-point games in a season over the last 20 years.