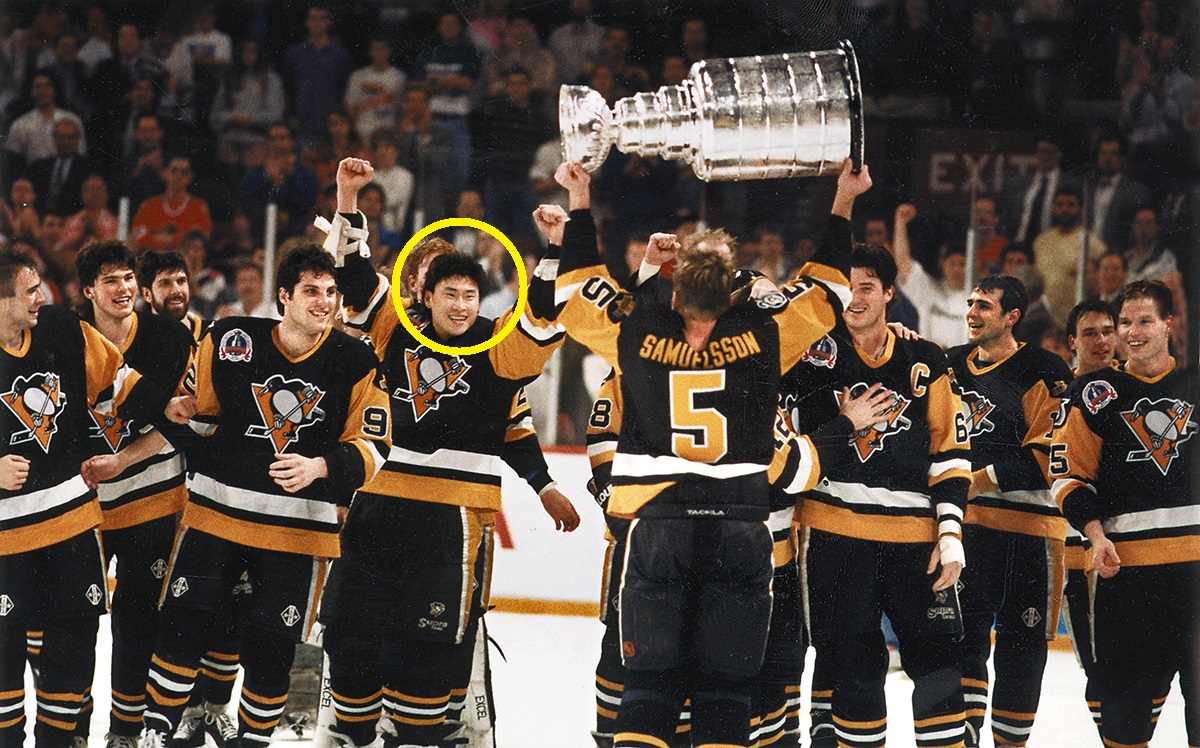 However, the most significant ex-Penguin won’t be skating for any nation. That’s because Baek Chi-sun, director of the Korean Ice Hockey Association, will be behind the bench as head coach of the South Korean men’s team. Pens fans who remember the 1991 and 1992 Stanley Cup championship teams will know him, of course, by his Western name: Jim Paek.

After the Penguins traded him to Los Angeles in 1994, Paek’s NHL career finished up the following season in Ottawa. He toiled in various professional leagues for seven more years, traveling as far as Anchorage, Alaska and Nottingham, England. For a player who had the privilege of being coached in his first two seasons by Hall of Famers Bob Johnson and Scotty Bowman, it’s not surprising that some of their leadership acumen rubbed off on Paek. From 2005 to 2014, Paek was an assistant coach for the AHL Grand Rapids Griffins, winning a Calder Cup in 2013 with current Detroit head coach Jeff Blashill.

The following summer, Paek decided to return to the country of his birth and take the reins of its entire hockey program. At the time that Paek assumed the director’s role in 2014, South Korea was coming off an embarrassing 0-5 showing at the IIHF Men’s World Championship Division 1A, a tournament they hosted. Their dismal showing resulted in South Korea’s relegation to Division 1B. With Paek at the helm, South Korea posted a 4-1 record the following year to regain a spot in the 1A group. South Korea made history at last year’s 1A World Champs when they defeated Ukraine in a shootout to earn promotion to the top tier for the first time ever at the upcoming 2018 World Championship.

As for the Olympics, South Korea will be grouped with Canada, Switzerland and the Czech Republic. Realistically, no one is expecting the host nation to get by the more experienced countries in its group. But Paek has already won the battle of planting the seeds of growing a hockey culture in South Korea. When he arrived, the Korean hockey program didn’t even have a skate sharpener or glove dryer. Now, millions of dollars are being invested to develop hockey at all levels. Paek also tabbed Sarah Murray, a two-time U.S. collegiate champion at University of Minnesota-Duluth, and daughter of former NHL head coach Andy Murray, as the South Korean women’s national team head coach – a squad that is now the subject of some controversy when North Korean players were added at the last minute.

Paek will be joined by long-time NHL forward Richard Park – another ex-Penguin – behind the South Korean bench. Park has the unusual distinction of starting his NHL career in Pittsburgh during the Lemieux-Jagr era, and ending it in the Crosby-Malkin era six years ago.

Here’s some audio from Richard Park.