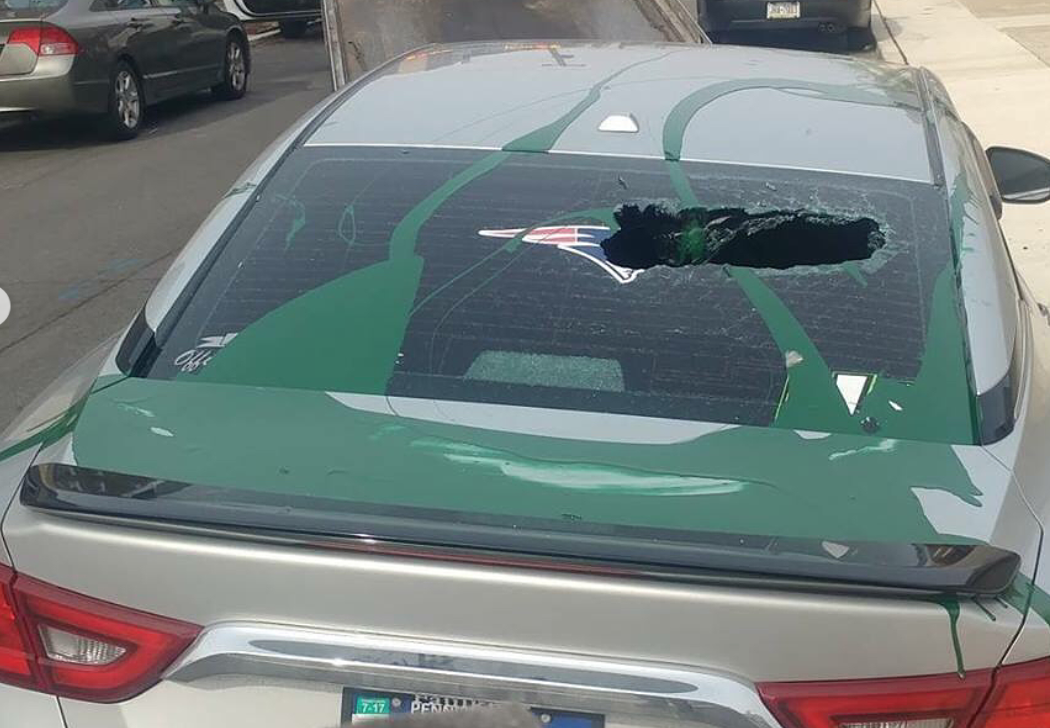 It’s not a great time to be a Patriots fan living in Philadelphia, even with the Eagles faithful elated over their thrilling win in Super Bowl LII.

One Patriots fan recently learned that lesson the hard way, which we recently found out via an Instagram post.

The fan had a Patriots logo displayed on his car’s rear windshield, which was parked on the street in downtown Philadelphia, and that wasn’t a good idea. There was also a “Patriots” decal on his front windshield.

The car, as we found out, was vandalized pretty badly, as the back windshield was smashed in, with green paint all over it. The passenger side window was also broken into, and green paint was smeared all over the upholstery inside.

This isn’t a good look, and it’s a select few bad seeds that give Eagles fans a bad reputation. The fan did nothing wrong by supporting the Patriots with decals on his vehicle, and certainly didn’t deserve this type of treatment.