Your Morning Dump... Where the Celtics are getting pretty thoroughly outplayed 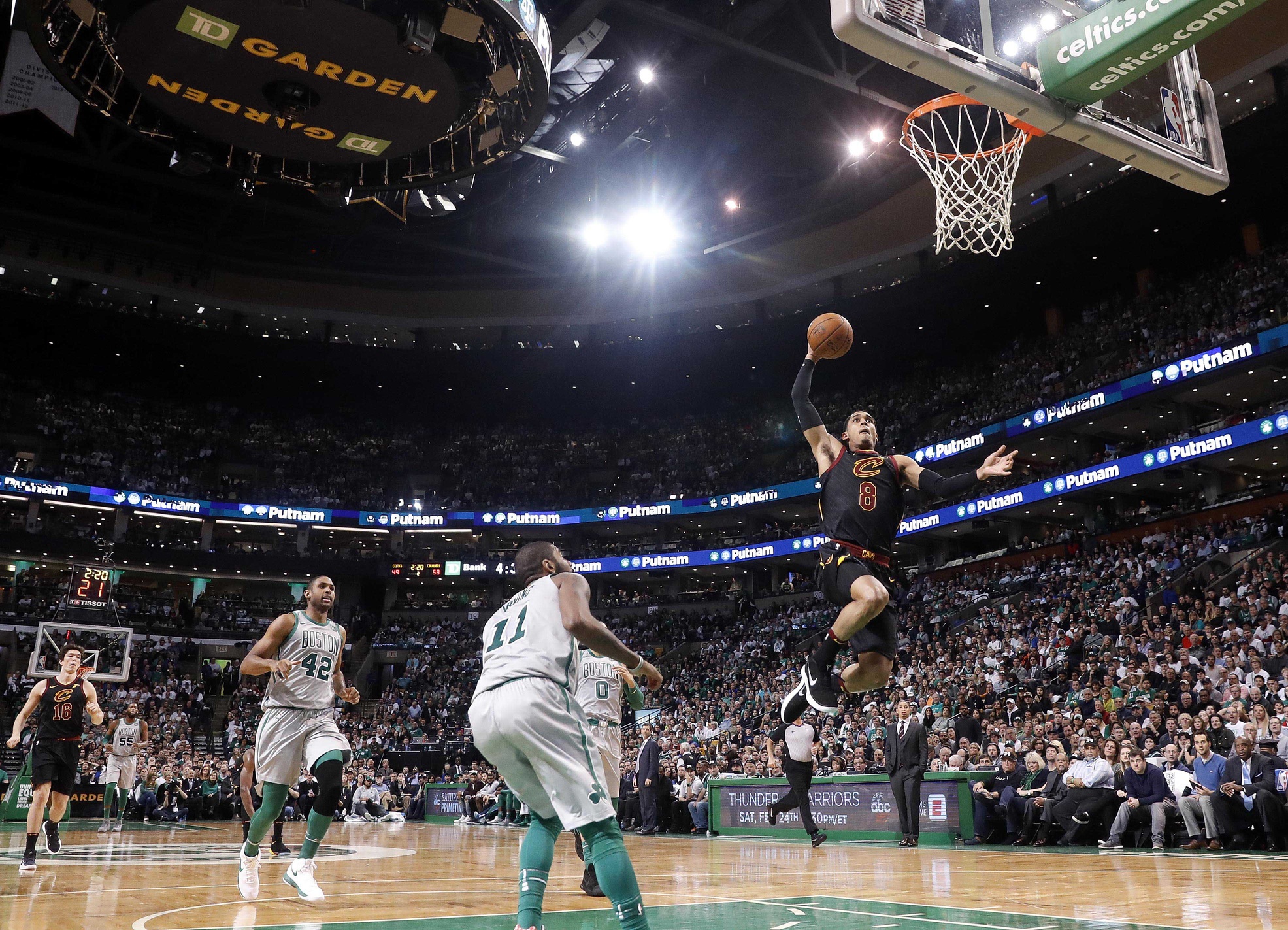 Your Morning Dump... Where the Celtics are getting pretty thoroughly outplayed

“I’d say the constant has been we’ve gotten outplayed pretty thoroughly in segments of those games,” Stevens said. “Teams have been aggressive against us. They’ve been very physical against us and have played really well, and we haven’t played well. Obviously against a team like this, players like this, if things don’t go your way, you’re going to get a result like this.”

The Celtics might need some time off, and — fortunately — the All-Star break is looming. After a four-games-in-six-nights stretch that included a lot of travel, Boston looked slow and tired on Sunday. But the Cavaliers thoroughly outplayed the Celtics on both ends, which isn’t totally explained away, even by the Celtics’ difficult schedule.

“Today, when we got hit, we got tight offensively and missed some shots,” Stevens said. “Now all of a sudden, they are on a run, and we didn’t really have it.”

MassLive: Boston Celtics are getting ‘pretty thoroughly outplayed’ for segments of games, per Brad Stevens

“Didn’t really have it” is an understatement.

The Celtics seemed to forget how to play basketball for a significant amount of last night’s game. They defended so horrendously that they consistently got caught needing three guys to defend a pick and roll… giving up wide open threes.

Offensively, they stopped moving the ball, which let a bunch of decent defenders just play 1-on-1. They let an entirely new team off the hook by not testing any of their communication or rotations.

These are all mental lapses. Maybe it’s youth… maybe it’s the grind of the season… maybe it’s some other things we don’t know about… but this is definitely more mental than anything else.

The Celtics have now fallen to second in the East, which is still good. They’re one of three teams in the NBA with 40 wins, which is also still good. If we’re trying to look for a positive spin, its that teams go through ups and downs like this all the time, so they can get things right.

Still, yesterday’s lost was the most frustrating of the year to me because they didn’t do the simplest things that could have changed the outcome.

This is a tough one… Brad Stevens and the guys have to find their way out of this.

Page 2: Pierce night made an impression on Gordon Hayward

“It’s one of the reasons I chose to come to Boston, the tradition,” Hayward told NBC Sports Boston. “The success, the excellence they’ve always had. The teams he has been on has been a part of…I wanted to be part of that success and make some myself.”

NBCS Boston: Hayward: Pierce festivities ‘one of the reason I chose to come to Boston’

Guys around the league see how Boston treats its former players. A night like last night resonates with star players because they see themselves in that moment.

At 28, Hayward has an opportunity to have a long enough career in Boston to have his number retired. If he can help lead the Celtics to a couple of titles and play through two contracts in Boston, he might get to see his number go up.

It’d be awkward if Garnett’s number is retired and then Hayward’s (not Ray Allen’s) number 20 goes up, won’t it?

Let’s check in on Markelle Fultz in Philly…

We continue to see a problem that comes and goes in his shot, changing based on his distance from the hoop and whether he’s static or on the move. Dyskinesis remains, which is a small but critical detail in tying the various causes of his missing shot together.

When it comes to what those around him say, Hanlon’s razor is the simplest explanation: never assign malice to what can instead be explained by stupidity. The conflicting explanations, the double talk from the team, and the contradicting evidence we see in front of our eyes are not the product of a grand conspiracy, but of a series of people flailing in desperation. That is what tends to happen when you offer so many different explanations you are unable to keep your story straight, just as Fultz’s current jumper is what happens as one’s body and mind fight to settle on a single set of mechanics.

No one aside from Fultz himself can say how much pain he was or was not in, or why he’s on the sideline two months after the team claimed he was 100 percent healthy. But eventually, blind faith will not be enough. Eventually, all the noise, all the excuses, all the openly incredulous reactions will not matter.

Philly Voice’s in-depth look into what happened to Markelle Fultz’s shot is a mess of pointed fingers and contradictions.

Read it and be thankful Danny Ainge had the good sense to move the first pick for Jayson Tatum.

NBCS Boston: Pierce reflects on day and career after the ceremony  |  Best of the Paul Pierce’s No. 34 retirement ceremony  |  Once again, LeBron and Pierce star at the Garden  |  LeBron and Cavs crash Paul Pierce’s party with rout of Celtics  |  Legends take to social media to honor Pierce  |  Ray Allen hits the links on Paul Pierce Day  |  Dirk Nowitzki credits Paul Pierce with making him better  |  Gordon Hayward remains on track to travel in March  |  New Cavs know they need to play up to par

ProJo: Paul Pierce’s No. 34 raised to the rafters with other Celtic greats  |  Celtics Journal: Lots of lore on display  |  Cavs 121, Celtics 99: Boston lays an egg