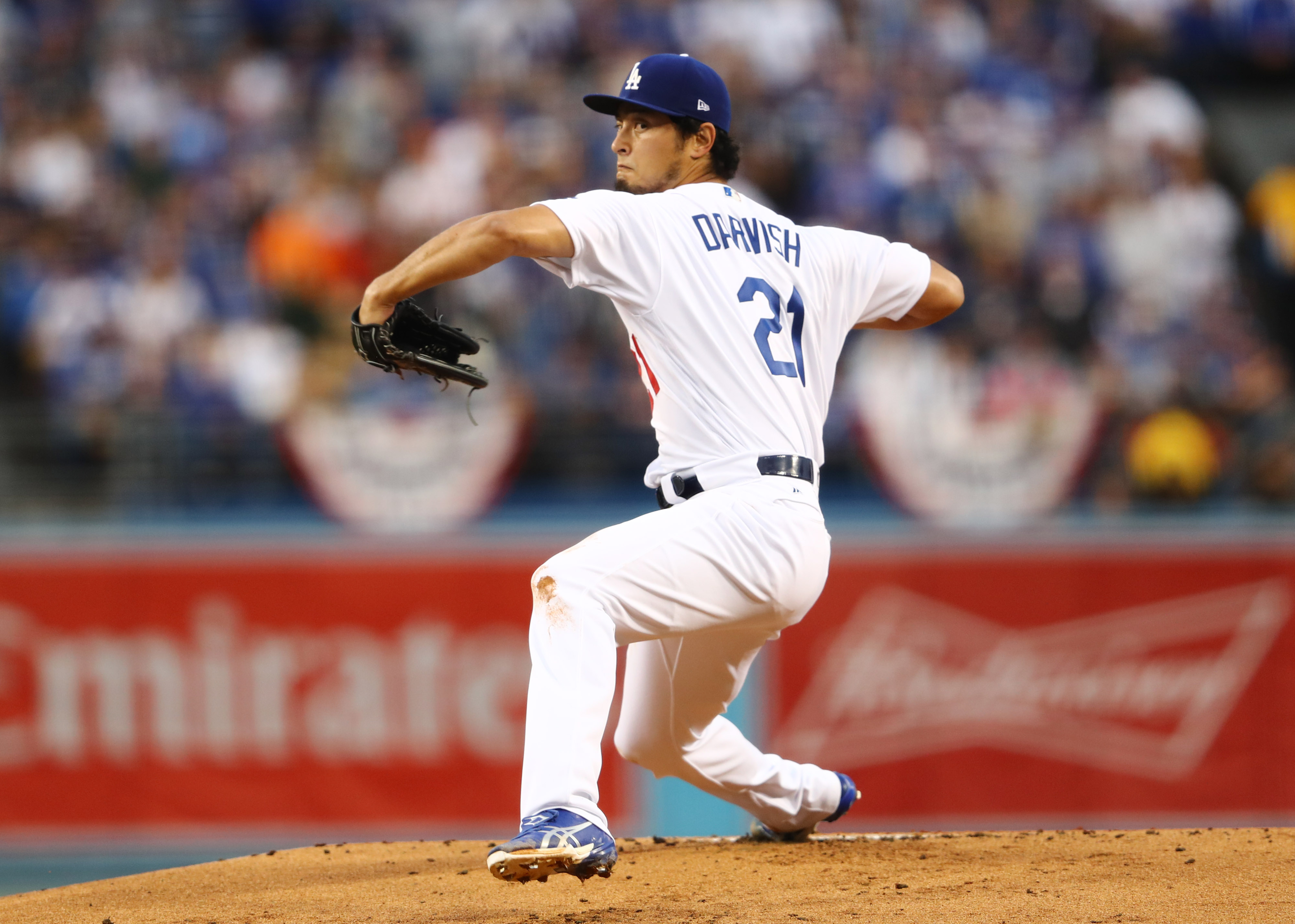 It only took a few months, but this winter’s top free agent hurler finally has a new home. Now maybe some of the others can follow suit?

Starting pitcher Yu Darvish potentially set off a domino effect for the market by agreeing to a six-year, $126 million contract on Saturday with the Chicago Cubs. This deal also includes incentives that could push the total value of the contract up to $150 million, per Ken Rosenthal.

It’s no secret that Darvish struggled mightily in the World Series against the Houston Astros. However, let’s not have two bad starts — at a really bad time of the year — force us to forget that he’s been one of baseball’s best starting pitchers since landing stateside with the Texas Rangers in time for the 2012 season.

Are their risks involved for the Cubs? You bet there is — that’s basically always the case when you sign a 31-year-old pitcher to this kind of deal. Still, for a club that was looking for more rotation help even after signing Tyler Chatwood back in December, bringing Darvish aboard helps the North Siders accomplish a couple things.

When looking at the rotations for some other top National League teams, they all have one thing in common — a solid top three. The Los Angeles Dodgers, Washington Nationals, and Arizona Diamondbacks fall into this category, and we could even throw the Colorado Rockies into the mix, too, based off last year’s performance.

Without Darvish, the Cubs didn’t necessarily have that. He did struggle at times this past season, but was still worth 3.5 fWAR in 186.2 innings. To put this upgrade into perspective, here’s how his performance last year in certain categories compares to the rest of Chicago’s projected rotation (we’ll also include Mike Montgomery here since he was going to be the fifth starter if no addition was made).

Lester did struggle a bit, which could continue as he approaches his age-34 season. Chatwood has to prove that his numbers on the road more closely resemble the kind of pitcher he can be. Hendricks and Quintana are the best performers returning in 2018, but neither one has the kind of swing-and-miss reputation that Darvish has displayed throughout his career.

Montgomery gets bounced from the rotation and back into the bullpen, which not only helps that part of the roster, but also gives Chicago some depth for the inevitable injury or two that just about every team deals with on a yearly basis.

It appears that Darvish raises both the floor and ceiling of this rotation.

Up until news of this agreement broke, the Cubs had actually taken a back seat to the St. Louis Cardinals and Milwaukee Brewers in terms of making major moves that’d improve the roster this winter.

The Cardinals improved their offense greatly with the addition of Marcell Ozuna, bolstered the back of their rotation by signing Miles Mikolas, and found their closer (for now, at least) in Luke Gregerson. Oh, and they’ll be getting Alex Reyes back from Tommy John surgery.

As for Milwaukee, it’s hard to forget the Thursday night where they revamped their outfield and top of the lineup by acquiring Christian Yelich and Lorenzo Cain. They were also a player for Darvish, but it clearly didn’t come to fruition.

With such a slow-moving winter, there are a ton more options available for both squads — whether it’s via free agency or the trade market — to put the finishing touches on their respective rosters, if they want.

The Cubs were expected to take the NL Central rather handily before signing Darvish, per Baseball Prospectus’ PECOTA projections, and this addition will only help. So, not only did they improve their own roster in the short-term, but they also successfully kept Darvish from helping any other team that could’ve been direct competition to them (*cough* Brewers *cough*).

The winter is almost over, but things are about to get real interesting over the next couple weeks before pitchers and catchers start reporting.

Is there a good chance the back end of this contract doesn’t go very well for the Cubs? Yea, but the front office doesn’t seem to be concerned with that right now. And they shouldn’t be.

Since Darvish was hanging out on the market this close to Spring Training, Chicago actually got a bit of a deal based off early-winter projections. With a young nucleus in Kris Bryant, Anthony Rizzo, and Willson Contreras (among others) that’s elite and affordable, investing in this area of need was necessary — especially since their championship window is wide open.

If Lester does continue to decline, Chicago at least has a solid front three for the next few years in Darvish, Hendricks, and Quintana that they can run out to the mound with confidence in October. If this newest acquisition can help bring home another title or two while their perceived window is open, it’ll help make those potential decline years a little easier to handle.

Are you looking to prepare yourself or your son/daughter for the upcoming baseball or softball season? Or, better yet, maybe you are trying to prepare for the offseason?  Either way, you’ve come to the right place. The Baseball Professor is dedicated to helping baseball players, softball players and their supporters become better at the game we love through education and reviews of the latest and best baseball or softball gear.