Are The Oilers Willing To Deal Oscar Klefbom? 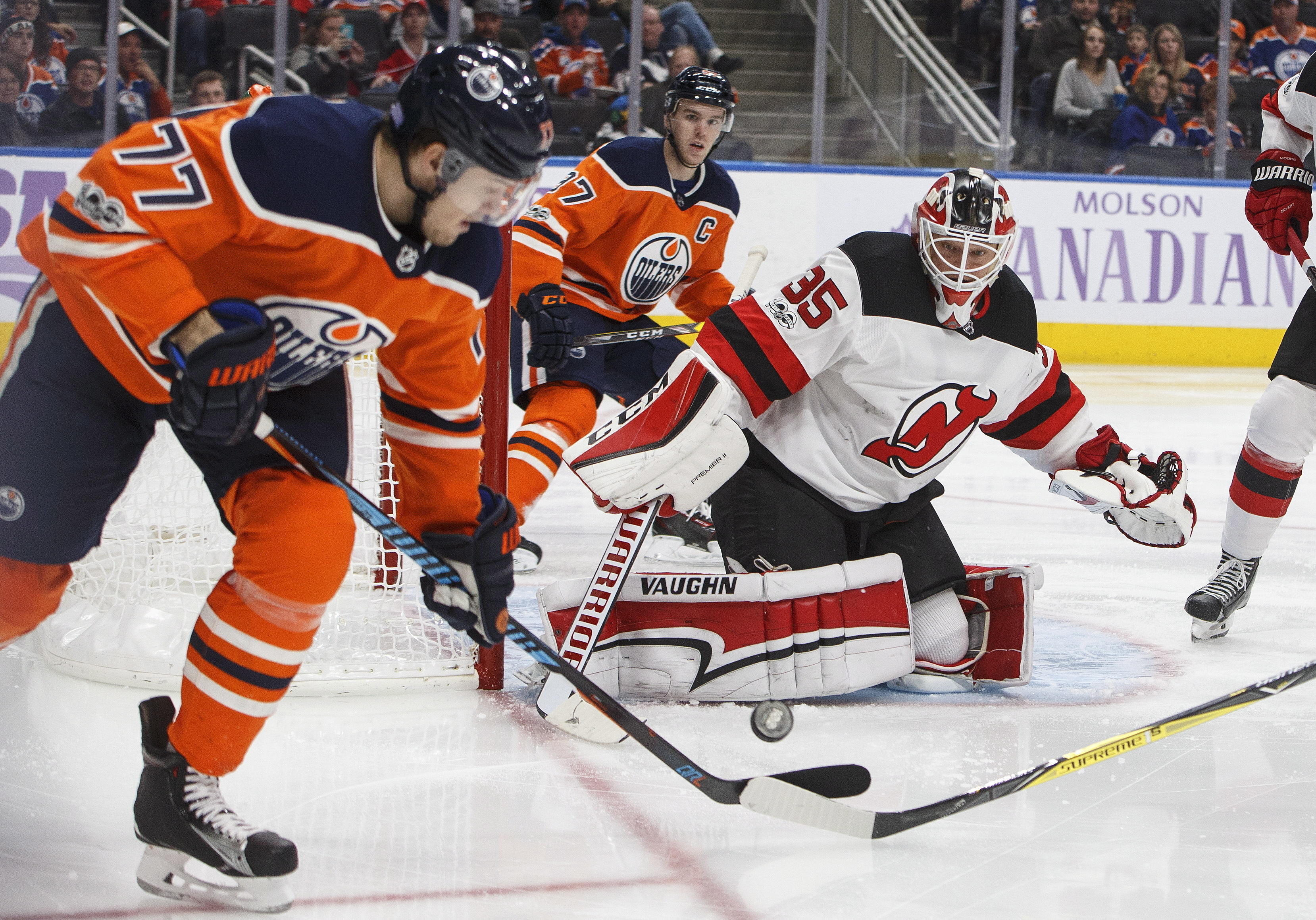 Are The Oilers Willing To Deal Oscar Klefbom?

One of the most dangerous things about a bad season is the overreaction it causes. An injury filled 2015-16 season caused the Oilers to panic and trade Taylor Hall for help on defense. A bad 2016-17, by his standards, got Jordan Eberle traded in a bad deal. Those are just the Oiler examples, but there are plenty examples league wide of this kind of knee-jerk reaction deal.

The Oilers are reportedly considering another one of those deals. The Fourth Period reports that the club is willing to listen on struggling Swedish defender Oscar Klefbom.

Here’s an excerpt from TFP’s piece.

Reversing the mindset that came into play when the Oilers traded left wing Taylor Hall to the New Jersey Devils for sturdy defenceman Adam Larsson on June 29, 2016, TFP has learned the Oilers are willing to move blueliner Oscar Klefbom if it meant acquiring a top-line winger.

Klefbom, though not actively being shopped by the Oilers, has been the topic of some trade discussions lately, according to rival team sources.

The Oilers, according to the report, are disappointed with Klefbom’s letdown season. I, along with every Oilers fan and observer, shares that sentiment. After a terrific 2016-17 season that saw Klefbom register 12-26-38 in 82 games and emerge as Edmonton’s best defender, Klefbom has taken a massive step back this season.

That said, it is times like these where we need to take a step back and evaluate the situation. GM Peter Chiarelli admitted in November that Klefbom’s slow start was in part due to an injury he has been dealing with all year long. Klefbom was shut down for a week around Christmas, and hasn’t looked right all season. It’s safe to say he is well below 100% right now, and it is negatively impacting his game.

This year, Klefbom has been far less engaged offensively, has been prone to committing turnovers far too often, and has been caught out of position a plethora of times. He, quite frankly, hasn’t been good this season. That said, we know what Klefbom is like when he is healthy, he’s one of the bright young defenders in the NHL and is a legit top-pairing option.

I think it is safe to say that Klefbom is far more likely to rebound next season than repeat this poor performance. Trading him after a bad season would be terrible asset management by a team that really can’t afford that mistake at this point.

TFP writes that the Oilers could use a reverse mindset here, trading a defender in exchange for a top-line winger to play with Connor McDavid. With Patrick Maroon likely on his way out at the deadline, the Oilers will have a hole on the left side of their top-line. Perhaps Klefbom could be used to fill that hole.

In order to win that trade, the Oilers would need to acquire a player close to Hall’s value. Bottom line is, the Oilers established the price when they traded Hall. Klefbom, in my mind, is a better defender than Adam Larson is, so he should garner a top-line forward like Hall in return, in theory. Outside of acquiring that kind of player, I don’t see why the club would deal Klefbom. He’s an extremely valuable piece and Edmonton’s best defender when healthy.

TFP lists Boston, Ottawa, Tampa Bay, Arizona and Detroit as potential suitors for Klefbom. Only Ottawa, with Mike Hoffman, has a legit top-line winger they are willing to trade for Klefbom. I’m not sure I’d deal Klefbom for Hoffman if I were the Oilers, in fact I’d lean towards no.

The Oilers, especially under Peter Chiarelli, have a terrible history of trading from a position of weakness, panicking after a bad season by team or player. It has hurt the club in each of the last three summers, and arguably is the reason why Edmonton is where they are today. Oscar Klefbom is a good young NHL defender, already established as a top-four guy, who is having a bad season at 24 years-old.

Trading that player, who by the way is battling injury, is a terrible mistake. Unless Edmonton gets an offer they can’t refuse, they are better off holding Klefbom and betting on a rebound season next year. Odds are, Klefbom will be back to his old-self and the Oilers will be better for it.

When other GM’s call Peter Chiarelli about Oscar Klefbom, he needs to take a deep breath and remember one simple line from one simple 80’s song. Relax, don’t do it.