Did Knicks' Tim Hardaway Jr. Return From His Injury Too Soon? 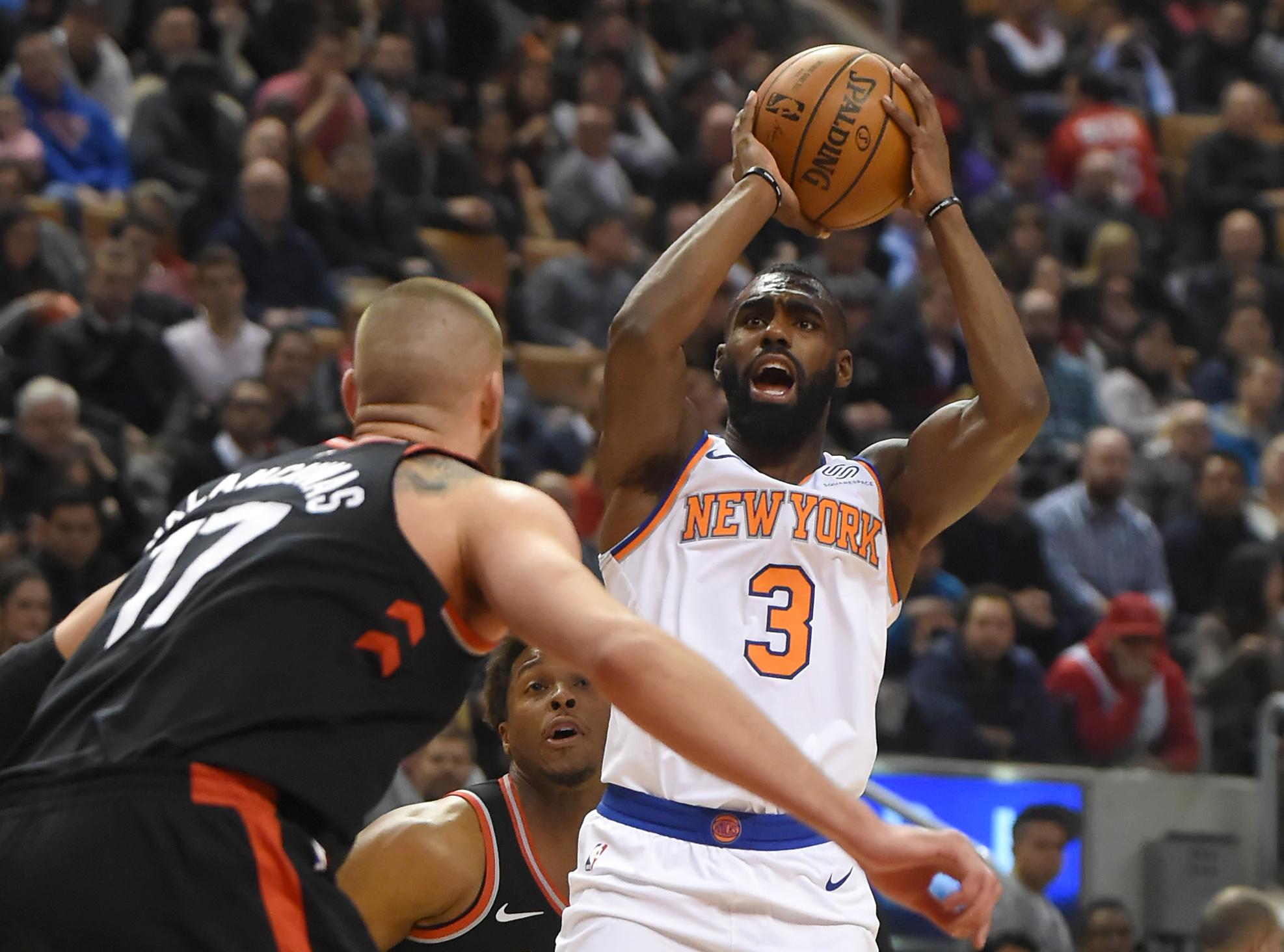 Did Knicks' Tim Hardaway Jr. Return From His Injury Too Soon?

The Knicks lost yet another game at the hands of the 76ers on Monday, but even a six game losing streak doesn’t appear to be the team’s biggest problem.

Monday’s defeat also marked another horrendous performance by Tim Hardaway Jr. By adding just 9 points on 4 of 16 shooting and 0 for 8 from deep, the guard continued what has been a month to forget. After ending January with an 1 for 10 shooting night on January 31st against Boston, Hardaway Jr. has shot 28% and 12% from three-point range through six February games. Much like the beginning of the season, he’s in a troublesome slump that has become a cause for concern.

After missing 20 games with a left leg injury earlier in the season, Hardaway Jr. was kicked right where his stress fracture was during a New York loss to the Bucks earlier this month. He’s played through the pain and it can’t be ignored that his struggles indeed began before the Milwaukee game. Nevertheless, it’s worth noting that despite a couple of positive showings, he really hasn’t been quite the same since returning midway through last month. The spark he provided this team and the consistency that came with it are no longer there.

Such a dip in production (and confidence) should be considered a big blow to the Knicks. Hardaway Jr. is a key part of this team’s core. Despite being only 25 years old, he should also be regarded as one of the leaders of this team, especially with Kristaps Porzingis sidelined. As his shooting slump continues, Hardaway Jr. hasn’t been able to steady himself and provide positive contributions that affect the other aspects of the game. Unable to lead by example and stay positive, he’s not standing tall as the role model of sorts his squad desperately needs as they evaluate younger talent and look to stay upbeat through troubling times.

Another sidelined player is the last thing New York needs in terms of good moral, but if Hardaway Jr. is still feeling any ill-affects at all from his previous injury or recent bumps and bruises, it would be beneficial to exercise more patience and sit him out so that he can pay special attention to rehabbing in proper fashion and getting back to 100%. The Knicks need him at his best (both physically and mentally) and it doesn’t appear he’s playing at such a level.

The Knicks made a steep investment in Hardaway Jr. this past summer. Having said that, his impressive start to the season — coupled with the fact he fits in well with the Knicks’ young personnel and their vision for future — helped justify his value early on. If his play continues to fizzle and it becomes clear that he cannot contribute to a winning environment, this will all make him harder to move (if the team so desires) down the road. It’s truly a catch 22, but the bottom line is the Knicks need the swingman to play better. It’s up to him to prove his hot start wasn’t a fluke.

His recent results suggest Hardaway Jr. returned to the court too quickly, so it might be worth reconsidering playing and/or starting him. Perhaps he can’t be relied upon so heavily, so soon. He may require more time so that he can get back to playing the way the Knicks need and have quickly come to expect.