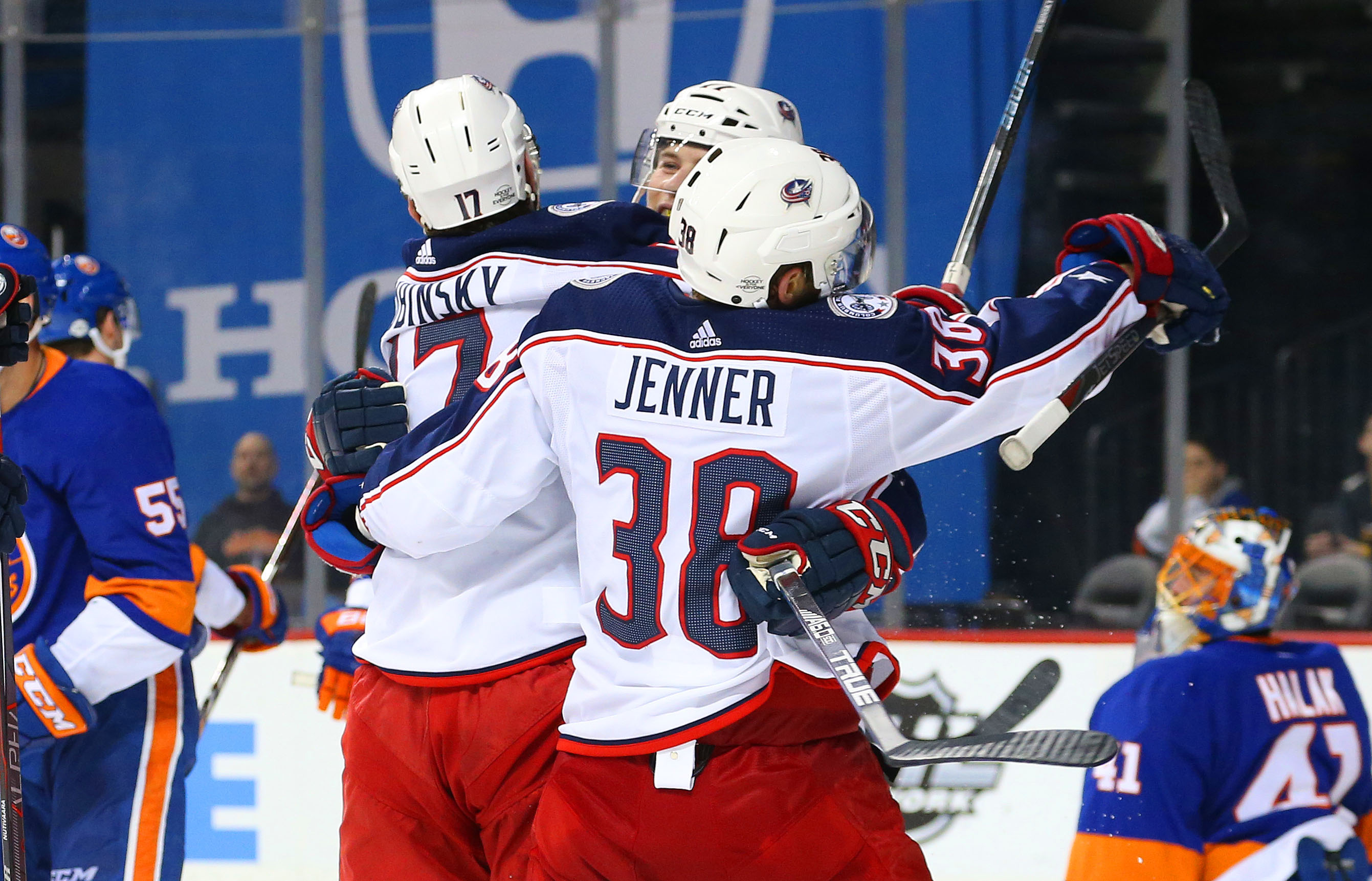 NEW YORK — The Islanders talked about the importance of this week before Tuesday’s game with the Columbus Blue Jackets. They recognized the spot they found themselves entering the night, but by the final buzzer the Islanders and their fans found themselves in a familiar spot.

The Islanders, becoming known more and more as a team that allows a high volume of shots, were outshot 51-30 and fell 4-1 to the Blue Jackets. It was a disappointing start to a week that sees the Islanders face two more divisional opponents in the New York Rangers on Thursday and Carolina Hurricanes on Friday.

“We’ve been beating ourselves in the games,” said Jaroslav Halak, who made 47 saves in net for the Islanders. “It comes down to 60 minutes. We don’t play for 60 minutes. At times we don’t play and that’s what’s costing games. These games are important for our team. I don’t know why we at times we are flat and then we skate.

“It’s hard. It’s execution and it all comes down to everybody really wanting it. I think they wanted it more than we did and they deserved to win tonight. That’s the bottom line.”

It was another rough night for the Islanders in the shots against department.  The 51 shots the Islanders let up marked the ninth time in their last 11 games that New York allowed 35 or more shots on goal.

It was also five shots shy of their season high of 56, which was set on January 15 in Montreal.

By the time the second period came to a close the Islanders had already surrendered 41 shots on Halak. It was the 15th time this season that they’ve allowed 40 or more shots through 40 minutes and a franchise-record ninth time they’ve done so at home.

It was a goal with 57 seconds left in the second period that blew the doors open for Columbus. Pierre-Luc Dubois fired a shot from inside the left faceoff circle to put the Blue Jackets ahead 2-1 with 36 seconds remaining on the power play.

The Blue Jackets extended their lead to 3-1 after Brandon Dubinsky scored on a second-effort wraparound shot at 6:01 of the third period. Cam Atkinson made ti 4-1 43 seconds later with a goal of his own.

The Islanders sit three points out of the final playoff spot and two points behind the Blue Jackets.

“They just were not good,” Islanders head coach Doug Weight said about his team. “Guys are emotional on the bench and they’re trying to get each other going. They just had nothing. I don’t know. I’d like to have an answer for you.”

The Islanders found the back of the net first with a late goal in the first period. Anders Lee attempted to backhand the puck by Bobrovsky, but Lee had his shot stopped and the puck went loose near the net.

Tavares swept the loose puck into the net and put the Islanders ahead 1-0. The goal was his 600th career point and his 29th goal of the season.

The Blue Jackets evened the scored on their 33rd shot of the game at 6:02 of the second period. Columbus had eight seconds left on a man-advantage when Oliver Bjorkstrand shot the puck from the high slot and beat Halak.