Is J.T. Realmuto a Better Fit for the Astros or Nationals? 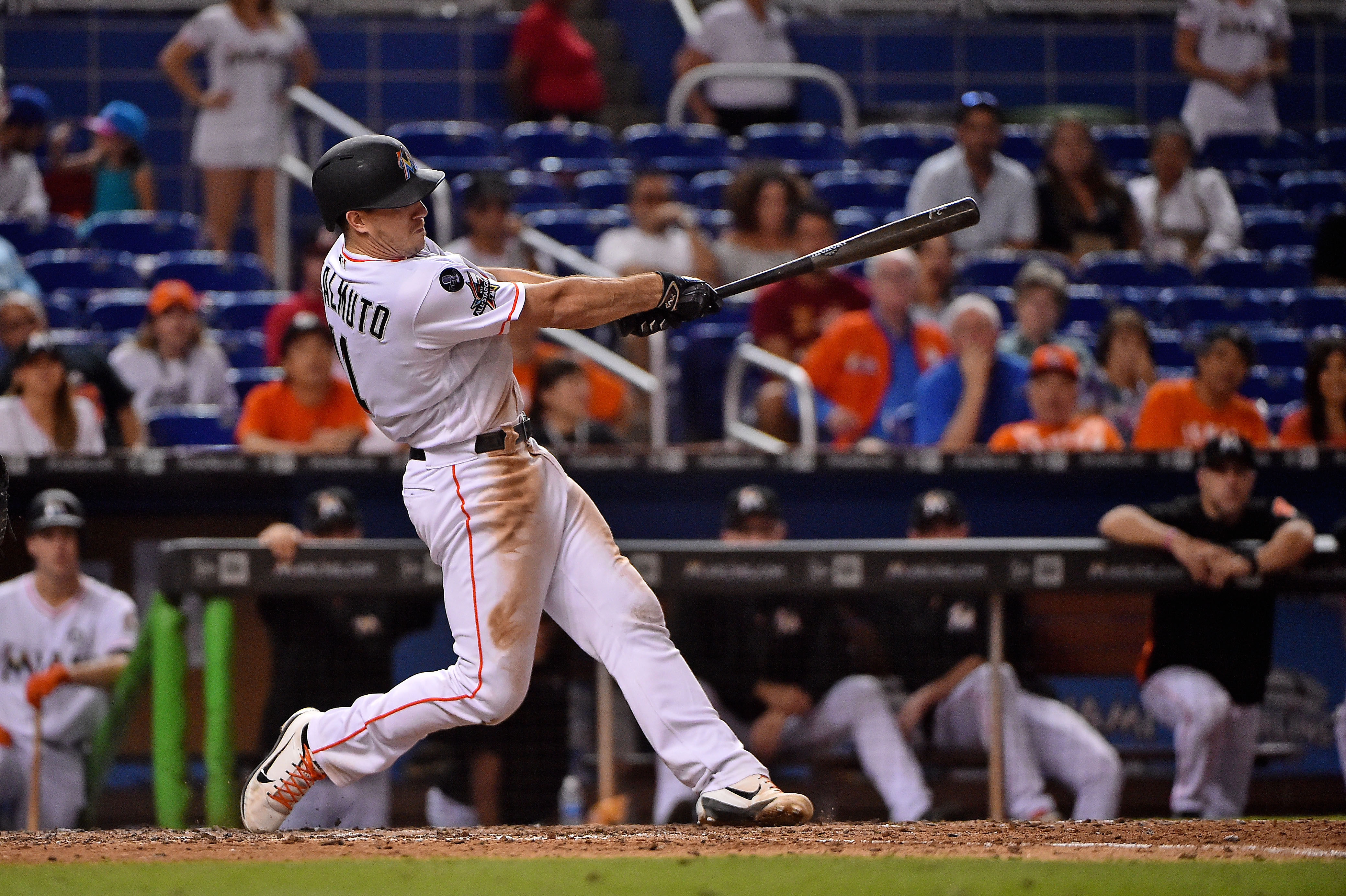 Is J.T. Realmuto a Better Fit for the Astros or Nationals?

It’s been quite an offseason for the Miami Marlins, don’t you think? As if heading into their first winter with new ownership wasn’t enough, they’ll also be suiting up on Opening Day with the entirety of last year’s talented outfield (among some others) in different uniforms.

One of the few guys that’s currently still in Miami — although he’d rather not be — is catcher J.T. Realmuto. Nobody in their right mind can blame him, either.

Add in the fact that Realmuto will make just $2.9 million this season while also entering his age-26 campaign with three years of team control remaining, and it shouldn’t be surprising that nearly MLB team would theoretically want him. It’s also not surprising that the Marlins would put a high price on his services in any trade negotiations.

Up until this point, it seems as if the teams who have been most serious about trying to pry Realmuto away from South Beach are the Houston Astros and Washington Nationals (while the Arizona Diamondbacks have also shown some interest). Which squad is the better fit?

The Rich Get Richer

During a winter in which we’ve seen some of the league’s elite — the Astros and New York Yankees, in particular — make moves that evoked thoughts of “superteams,” dealing Realmuto to either Houston or Washington would only add fuel to that fire.

The Astros have already added Gerrit Cole to their rotation, are fresh off the franchise’s first World Series title and had no major roster holes to fill as it is. The Nats still couldn’t get out of the NLDS last October, but catcher is really their only legitimate weak spot on paper after a 97-win campaign.

FanGraphs’ 2018 projections currently have both Houston and Washington back in the postseason this fall as division winners, too. Unless another team comes out of nowhere, it certainly seems like one of baseball’s best projected teams this season will get that much better if a trade happens.

Fitting in With Houston

For the Astros, pursuing Realmuto is more about the potential opportunity than the actual need. They have veteran Brian McCann projected to be behind the plate, with Evan Gattis and an out-of-options Max Stassi also potentially on the roster.

This is the final guaranteed year of McCann’s contract, but his $15 million vesting option is quite attainable given what his role is expected to be at the moment. The 33-year-old is still a capable hitter — he hit .241/.323/.436 with a 103 wRC+ through 399 plate appearances last year — but he’s notably one of the weaker offensive assets the Astros have in their every-day lineup.

Adding a young and more athletic catcher that has the potential to build upon his 2017 production — instead of likely declining — has to be attractive for the Astros, who are smack in the middle of their championship window. It could create a bit of a roster logjam, but this is the type of opportunity they’re supposed to be taking advantage of.

The price is high, as the Marlins are interested in outfield prospect Kyle Tucker, but it’d be hard to pass up an affordable and more-than-capable MLB player behind the plate to help solidify what’s already an incredibly deep roster. It’s not as if they’d be dealing from a thin farm system, either — Baseball America has them as a top-10 organization in that respect.

Fitting in With Washington

Catcher is a bit more of a cavernous hole for the Nats.

Highlighted mostly by the work of Matt Wieters, Washington’s -1.1 fWAR at catcher last year was the worst mark in baseball. This season’s current group doesn’t instill a bunch of confidence, either — Wieters is still at the top of the depth chart, with Pedro Severino and Miguel Montero likely vying for backup duties, per Roster Resource.

Realmuto would join a very balanced lineup that he’d lengthen quite a bit with his presence. This would obviously move Wieters to the bench, but having a switch-hitting, veteran catcher around with knowledge of the current pitching staff is a nice luxury to have.

Plus, it’d be much better to not have his 62 wRC+ and .632 OPS penciled into the lineup on a daily basis. Actually getting a deal done between these two NL East teams seems a bit trickier, though.

Baseball America tabs Washington as baseball’s 15th-best farm system, but they’re hesitant to include either Victor Robles or Juan Soto in a potential deal. That makes sense, because where the Astros have a couple years open for their current window of contention, the Nats likely only have one with how their squad is presently constructed.

Outfielder Bryce Harper and second baseman Daniel Murphy are set to hit free agency next winter. It’s not as if Washington’s performance will start going down the tubes in 2019 if Harper doesn’t return, but it sure seems like their best shot at getting deep into October and winning a World Series involves him.

Realmuto would easily fit into Washington’s plans for the remainder of his team-controlled years, but the high prospect cost seems to make the most sense just for 2018 — when there isn’t a huge void that might have to be filled in the outfield.

As mentioned earlier, there is no bad fit for Realmuto given everything he brings to the table, which is very apparent for both the Astros and Nationals. He’s a productive offensive player at a premium position, is affordable, and still theoretically has his prime years ahead of him.

It’s more of a balancing act between the immediate future and whatever the cost may be, though. The Nationals appear to be the best fit on a one-year basis, but when looking at multiple seasons down the road — and, more specifically, the next three  — Houston is better. If one team must overpay to get a deal done, the Astros are not only in a better position to make it happen, but to also reap the benefits for the foreseeable future.

An intriguing alternative for Washington could be Yasmani Grandal of the Los Angeles Dodgers. His $7.9 million salary poses more of a financial commitment for 2018, but the cost of acquiring him wouldn’t be so steep. Plus, he’ll also be off the payroll by next winter upon reaching free agency.

Will either squad offer a package the Marlins view as sufficient? Time will tell, but it sure will be interesting to watch this story unfold throughout the spring.