Rafael Montero Is Out of Minor League Options 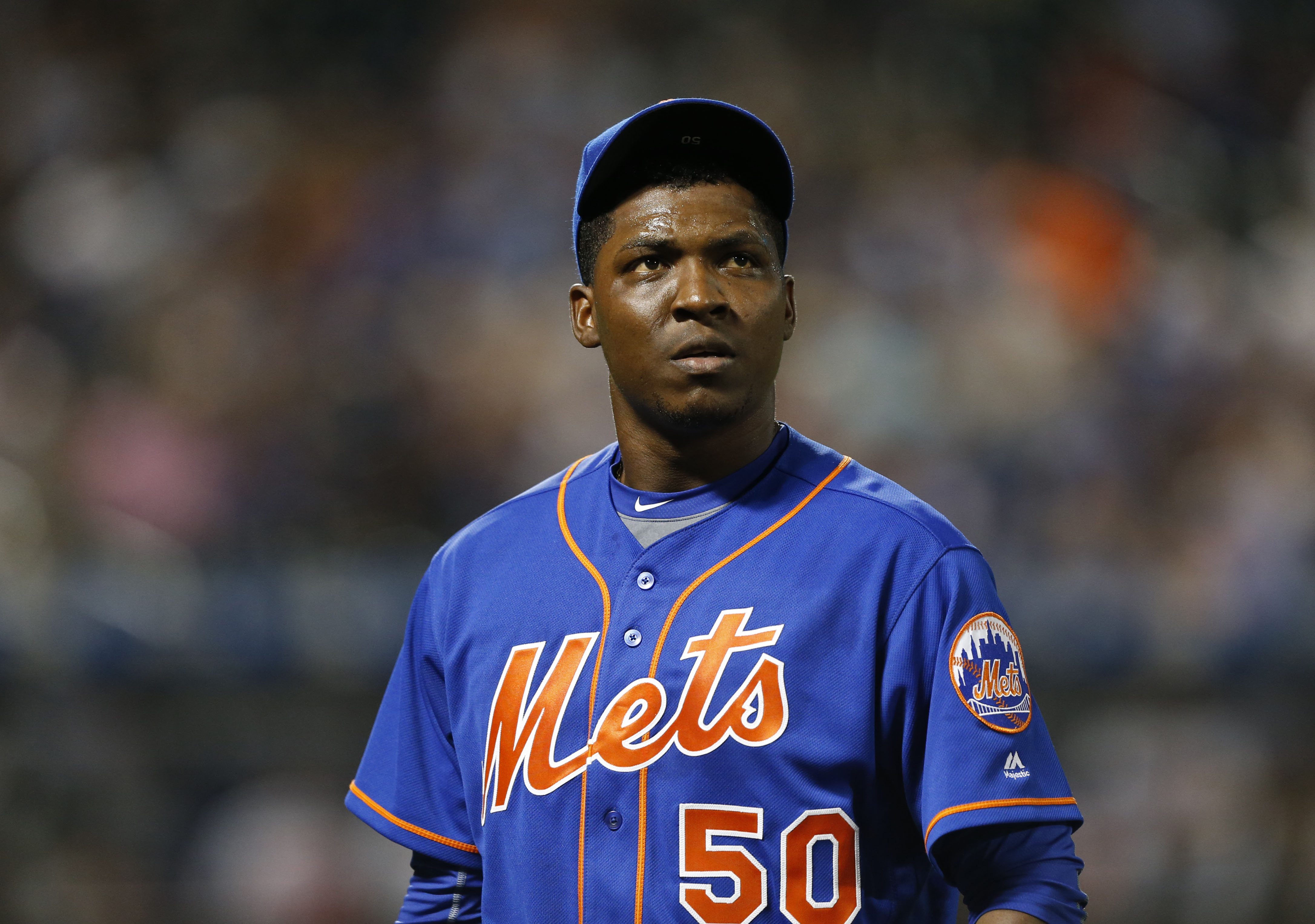 Rafael Montero Is Out of Minor League Options

The New York Mets figure to carry a 13 man pitching staff for most of the season, but at first glance it appears tough to find a home for Rafael Montero on it. The starting rotation is full if everyone stays healthy, and the bullpen’s first four spots are set with Jeurys Familia, A.J. Ramos, Jerry Blevins, and Anthony Swarzak locks to make the bullpen. That leaves four bullpen openings for guys like Seth Lugo, Robert Gsellman, Hansel Robles, Paul Sewald, Montero, and any of the minor leaguers currently on the Mets’ 40 man roster. While Montero’s performance last season shouldn’t earn him any consideration, the fact that he is out of minor league options might help Montero’s cause.

Mike Puma of the New York Post notes that since Montero is out of options, he will likely make the Opening Day roster barring “a complete disaster”. This is discouraging since Montero was terrible out of the bullpen last season, pitching to a 7.33 ERA in 16 relief appearances as opposed to a merely bad 5.08 ERA in 18 starts. The Mets, who have given Montero numerous chances despite the fact his big league results have left plenty to be desired, are fair to at least see if they can get more out of Montero from the coaching of Mickey Callaway and Dave Eiland.

If Montero earns a job in spring training, that is the best case scenario for everyone. The thing that is scary is the idea that the Mets might leave a guy like Gsellman or Lugo in the minors if they outperform Montero simply because they have options. Montero has had plenty of opportunities to demonstrate his worth, and if he puts up another poor effort this spring under new tutelage the Mets need to cut their losses and move on. The Mets have to optimize their roster in order to contend, and wasting a roster spot out of fear for missing out on Montero’s potential is not doing that.