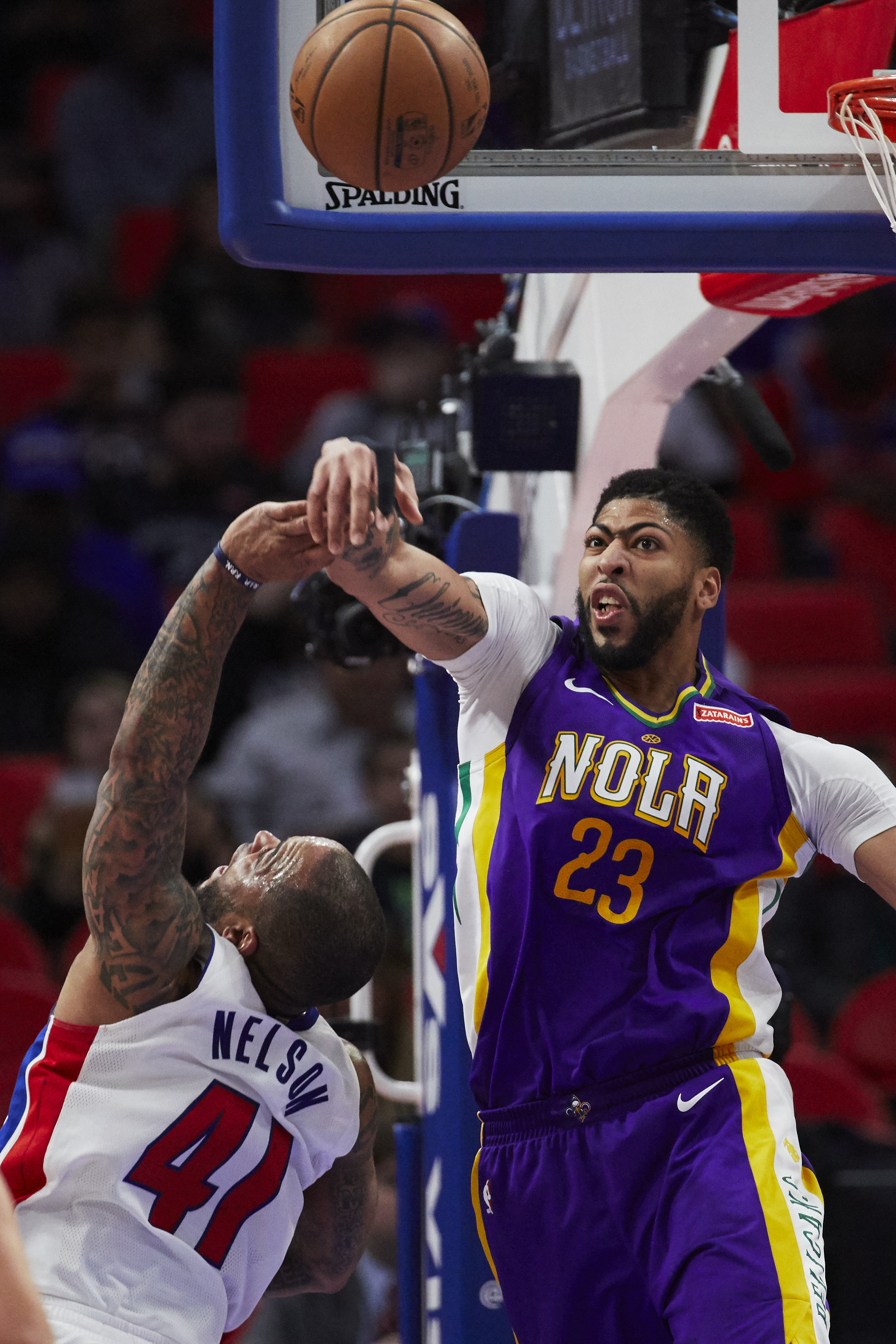 Detroit,MI- The New Orleans Pelicans took on the Detroit Pistons in the last of three road games Monday night. The Pelicans shifting their starting line-up to move Anthony Davis back to his natural position while moving Emeka Okafor into the starting line-up were looking for stability. The move was some what of a surprise being that Okafor a former 2nd overall pick hadn’t started a NBA contest in while, did a good job in the move. New Orleans came out with great energy in this game and won every quarter & tied the last one.

Anthony Davis was absolutely amazing in this game for New Orleans as he poured in a game high 38 points 10 boards & 2 blocks in 37 minutes. Davis was super efficient shooting 14-24 from the field & 3-6 from downtown for the Pells, even hit 7-7 at the charity stripe. You can tell AD was happy to be back at the four spot where he belongs as he was present defensively also. Jrue Holiday was simply excellent as he displayed grit, attitude on both sides of the ball & contributed 21 points with 12 assists.

Holiday was aggressive & chippy which was refreshing to see from the usually reserve demeanor, hopefully we can see more of this guy for the duration of the season.  Nikola Mirotic was another of the Pelicans players who were terrific as he not only displayed his offensive skills but displayed his defensive abilities as well. Mirotic came off the bench and he didn’t miss a beat scoring 21 points 10 rebounds in 29 minutes of play.

New Orleans did an excellent job of neutralizing the Pistons top three-point shooter Reggie Bullock & frustrating center Andre Drummond. New Orleans bench & role guys were awesome tonight except for ETWaun Moore who probably had his worst games as a Pelican finishing with 0 points on 0-7 shooting.

The Pistons top scorer was Blake Griffin with 22 points and 6 rebounds.

New Orleans (30-26) wins their second in the row and finished the 3 game road trip 2-1. The Pelicans maintain their 8th position in the tight Western Conference Playoff race & return home for the last game before the All-star break against the L.A. Lakers (23-32). The Pells looked hungry & focused in this game as it finally appears like they have sync with a good line-up. I hope Coach Gentry does not tamper with this line-up & GM Demps continue to reinforce the team with solid role players. The Pelicans can still use another vet Big & another point guard with speed & three-point shooting.