Your Morning Dump... Where the C's need to get back to work. 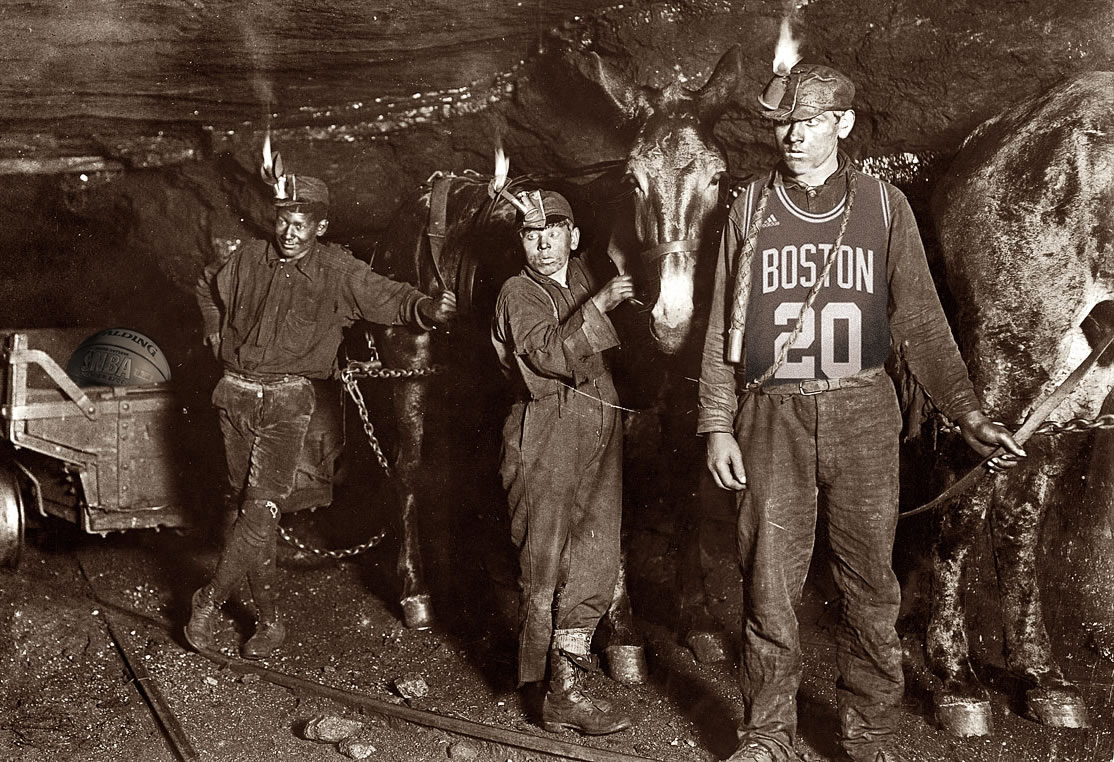 Your Morning Dump... Where the C's need to get back to work.

The performance was ugly. Unfortunately, it was not uncommon. The Celtics have lost six of eight games since returning from their mid-January voyage to London to play the Sixers. Included among those losses is the 22-point loss to the Cavs and a 20-point loss to the Eastern Conference-leading Toronto Raptors.

The Celtics are 40-18, an excellent record. But they’ve lost as many times in the last 14 games (eight) as they did in their first 34 games. And they achieved that 26-8 start despite the trauma of losing Gordon Hayward in the opener. No, this is not trending the right way.

Their ball movement, a satisfying strength earlier this season, has stagnated. When Kyrie Irving goes one-on-one, that’s fine; he’s Kyrie Irving, one of the best one-on-one players we’ve ever witnessed. But when Marcus Morris or Terry Rozier gets too caught up in isolation ball, that’s a problem.

They’re fine players. They’re better players when they get their points in the flow of the offense, rather than trying to force it. And don’t even get me started on Semi Ojeyele, 3-point bomber. He makes me miss Marcus Smart’s knockdown shooting by comparison.

The upcoming break may aid Jayson Tatum and Jaylen Brown, the first- and second-year future cornerstones who have run headlong into the midseason wall. The NBA season is a grind, even for those with young legs. But the Celtics are going to require some rejuvenation from them in the second half.

Whatever you choose to call it, if it touches on those ideas, it’s probably going to have a measure of truth to it. Remember when we were all thinking, hey, if the Celtics can just make it to the London trip, they’ll be fine. They’ll have a downhill run to the end of the season, and they should be well-rested and ready to roll.

Yeah. Some teams are tried by adversity.

The Celtics are not one of them.

As has become something of a pattern with Stevens’ teams, they get a little too pleased with themselves when things are going well. It’s not in Stevens’ nature to light a fire under these guys’ collective hinder parts, and I would argue that part of the way he earns his players’ respect is by avoiding the mind games that ‘motivator’ coaches like Doc play.

However, good cop Brad needs a bad cop on the team. Someone on the court that’s going to bark at these guys when they do stupid stuff. Yeah, Brad can put Rozier or Mook on a short leash, but he can’t go Gene Hackman in Hoosiers and refuse to play these guys to prove a point. They need someone on the court that will enforce discipline by force of personality, if nothing else.

“My thought process is to just educate athletes and people around you about what is really going on, especially basketball players,” Brown said. “A lot of people wait until the end of their careers to really get things going. I thought it would be more beneficial to start early, put your foot in the door and start educating yourself, because technology investments are where the real money is at.”

It’s cool to see Jaylen taking an initiative on projects like this.

However, he might be advised to cast his net a bit wider in the future, being, perhaps, a bit leery of people and outfits like Isiah Thomas  and Uber.

NBC Sports: Slumping Celtics need to pick up the pace