The Pelicans Close The Curtain On The Lake Show 139-117, Win 3 In A Row Headed Into Break 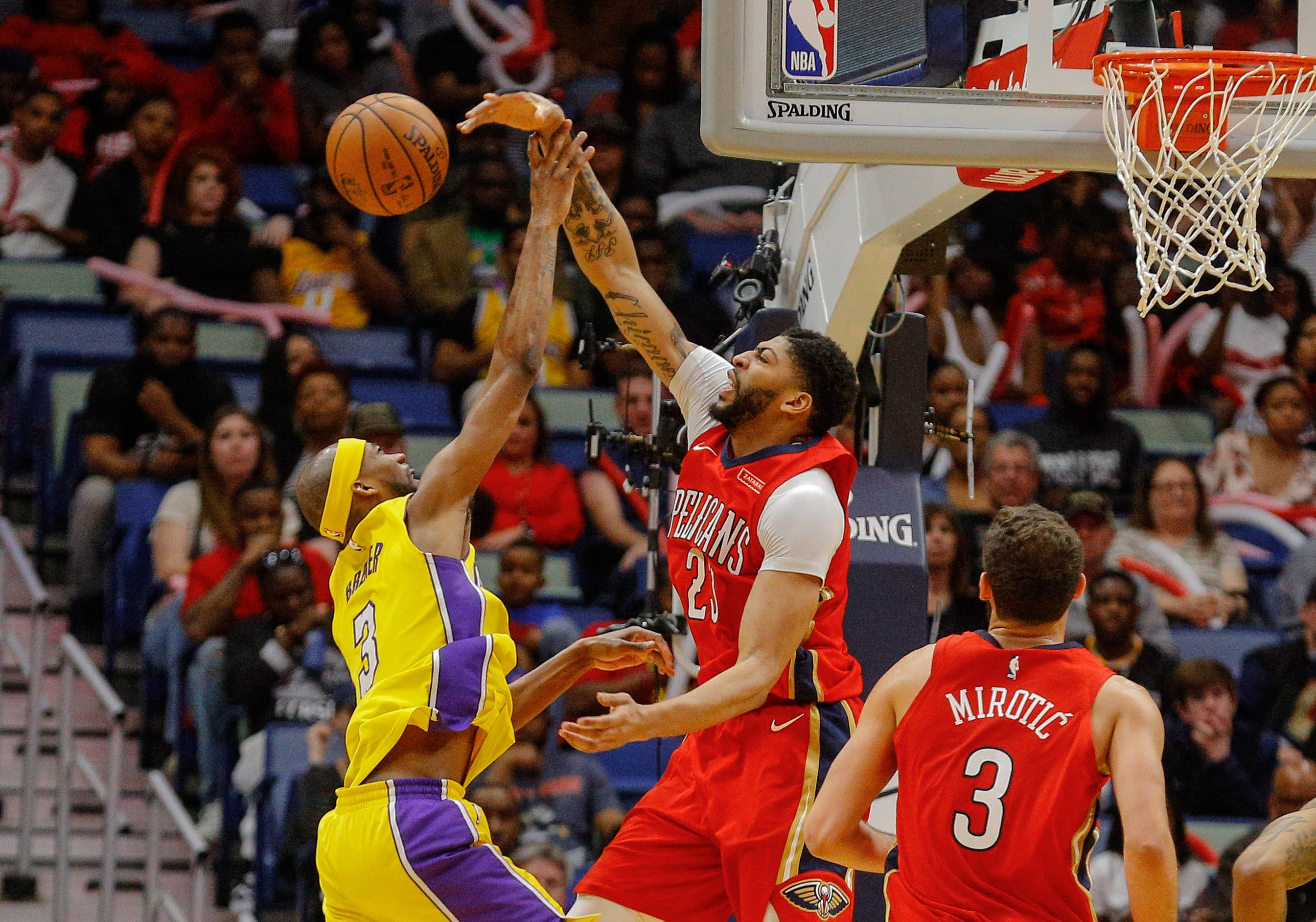 The Pelicans Close The Curtain On The Lake Show 139-117, Win 3 In A Row Headed Into Break

New Orleans,LA- The New Orleans Pelicans hosted the Los Angeles Lakers at the Smoothie King Wednesday night. The Pelicans winners of two in a row hoping to make it three took off early in the first quarter with energy and effort. New Orleans were ready to run the Lakers out of the gym BUT L.A. had other plans. The game featured a lot of chipiness like the obvious ejection of Pell guard Rajon Rondo, Laker guard Isiah Thomas & Laker Coach Bill Walton who argued the call. The physicality of the two teams in the match up was on full display as Anthony Davis scored 31 points 9 boards on 10-11 shooting at half, despite the fact A.D. left the game only to return a few minutes later after a collision with Laker Julius Randle.

New Orleans scored 79 points at halftime behind Davis & Pelican guard Jrue Holiday in added 16 up to that point. Coming out of the half The Pells continued to play very inspired ball as Nikola Mirotic got going after being scoreless put up 11 points 6 boards. New Orleans usually have a third quarter brain fart but not this game scoring 24 against LA’s 25.

You have to give the high energy Lakers MUCH credit as they refuse to go away, behind rookie forward Kyle Kuzma’s 23 points.  Los Angeles made it very exciting but the Pelicans in the fourth really separated themselves with solid play from the role players defensively & offensively to seal the win 139-117. The 139 points was the tied for the most in franchise history.

New Orleans shot 53% from the field, 44% from downtown and 90% from the charity stripe. The Pelicans hustle was on display as they added 48 rebounds (12 offensive), 35 assists & only 12 turn-overs.

New Orleans (31-26) closes out the 1st half of the season with a three game winning streak heading into the All-star break. The Pelicans are holding on to the 8th seed in the Western Conference Standings and are playing with energy & effort. The break give its staff a chance to rest, decompress & evaluate what steps need to be made going into the playoff stretch. So far the Post Cousins Injury Pelicans have found a swagger & harmony, It will be very interesting to see the results going ahead. Stay tuned….