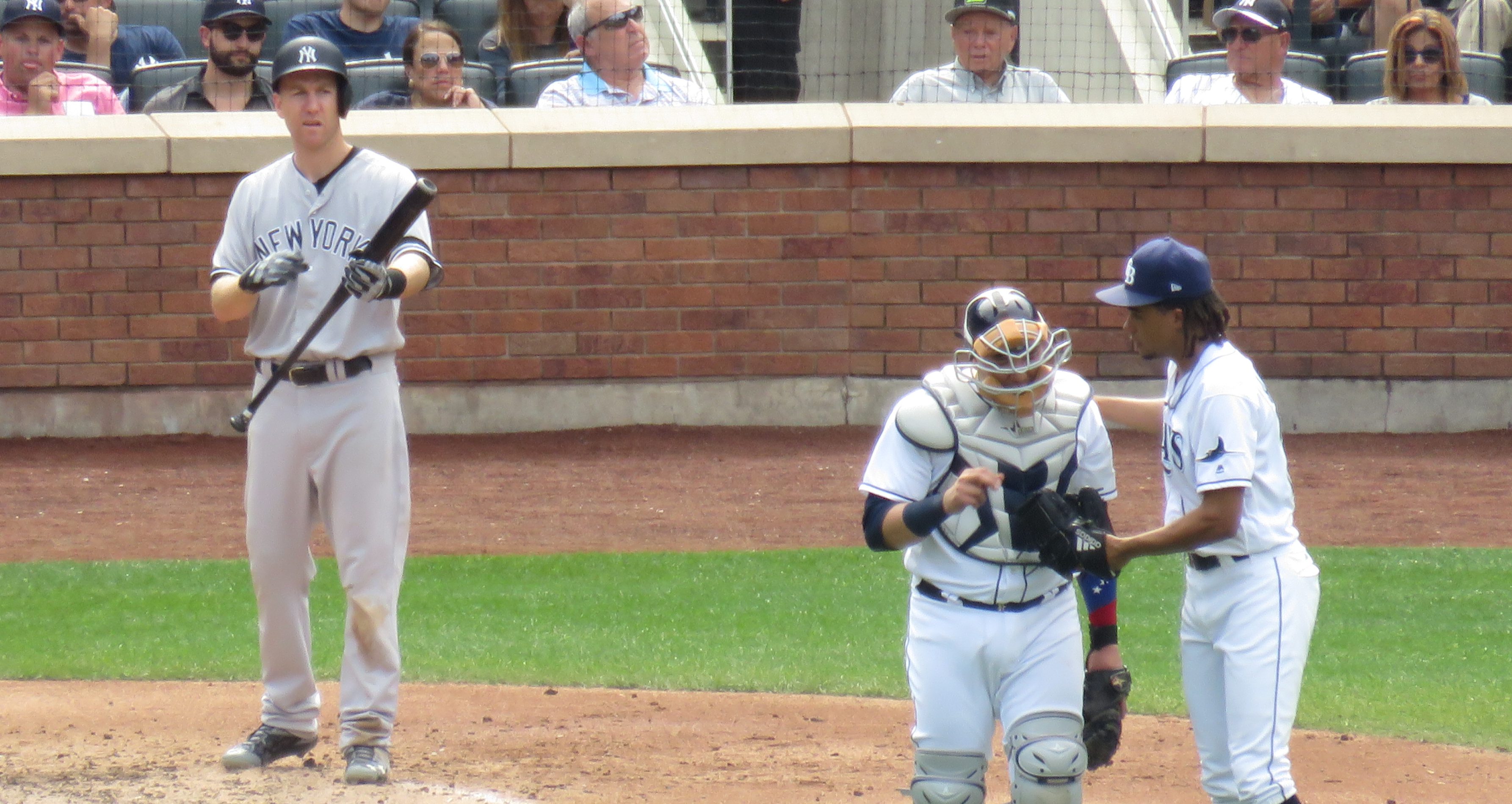 Even in this happy time of Spring Training where hope springs eternal, there are things that make you scratch your head. Two things made me scratch my head while we were all going through the good tidings of pitchers and catchers.

This, admittedly, doesn’t concern me all that much, for two reasons. One: because I don’t think it’s going to happen all that often, if at all. It just seems to be something that was thrown out there by Anthony DiComo as a possibility:

Versus righties, the Mets have discussed Todd Frazier as an option (to bat leadoff). But Frazier, who had a .348 OBP against right-handed pitching last year, may be more valuable as a middle-of-the-order power bat.

I can’t blame the Mets for reviewing all of their options in this case, because, and this is two: the Mets don’t really have a true leadoff hitter in the traditional sense (Jose Reyes, who hasn’t had an OBP above .330 in five years, isn’t a leadoff hitter anymore, kids), so there isn’t really a better option until Conforto comes back. And if Todd Frazier becomes the leadoff hitter even on a part-time basis, then his role as Curtis Granderson replacement will have been cemented, as Granderson was a part-time leadoff hitter for the Mets as well. I’m not sure two seasons of having a good batting eye makes a leadoff hitter, but as long as it’s every once in a while (and as long as Conforto comes back quickly) … sure. Why not.

But then there’s this:

Wilmer Flores May Play The Outfield

This scares me, for two reasons. One, Flores is a dicey defensive player as is. And now you’re going to make him learn another position? Infielders playing the outfield has had a long history of success for the Mets. Jose Reyes, Lucas Duda, Daniel Murphy, Todd Hundley, Juan Samuel, just to name most of them. It also spotlights the flaw in the construction of this team. Sandy Alderson just had to have Reyes and Asdrubal Cabrera back along with Frazier, then realize that they have too many infielders and not enough outfielders with Conforto out. What a shocker.

But making Flores learn another position can only hurt him in terms of becoming a top flight hitter. Half of his spring training is going to be learning the outfield. And for what? To play a few games here and there? The Mets should be doing everything they can to make Flores into a bonafide everyday middle of the order hitter. Making him learn another position isn’t going to help in that regard, and it’s a crime that they’re doing this to a guy who has been improving every year. I honestly think making him this super utility player is stifling him (/puts on tin foil hat), perhaps to prevent him from being an offensive force and having the credentials to ask for a big raise (/takes off tin foil hat). If that’s what they’re going to do to him then they should just trade him and get it over with.

I realize that I say all this and get myself riled up two days after imploring upon you to pace yourselves. Yes, I understand the irony. No, I don’t care. I’m allowing myself one irrational sword to die on. This is mine. Happy Spring Training.