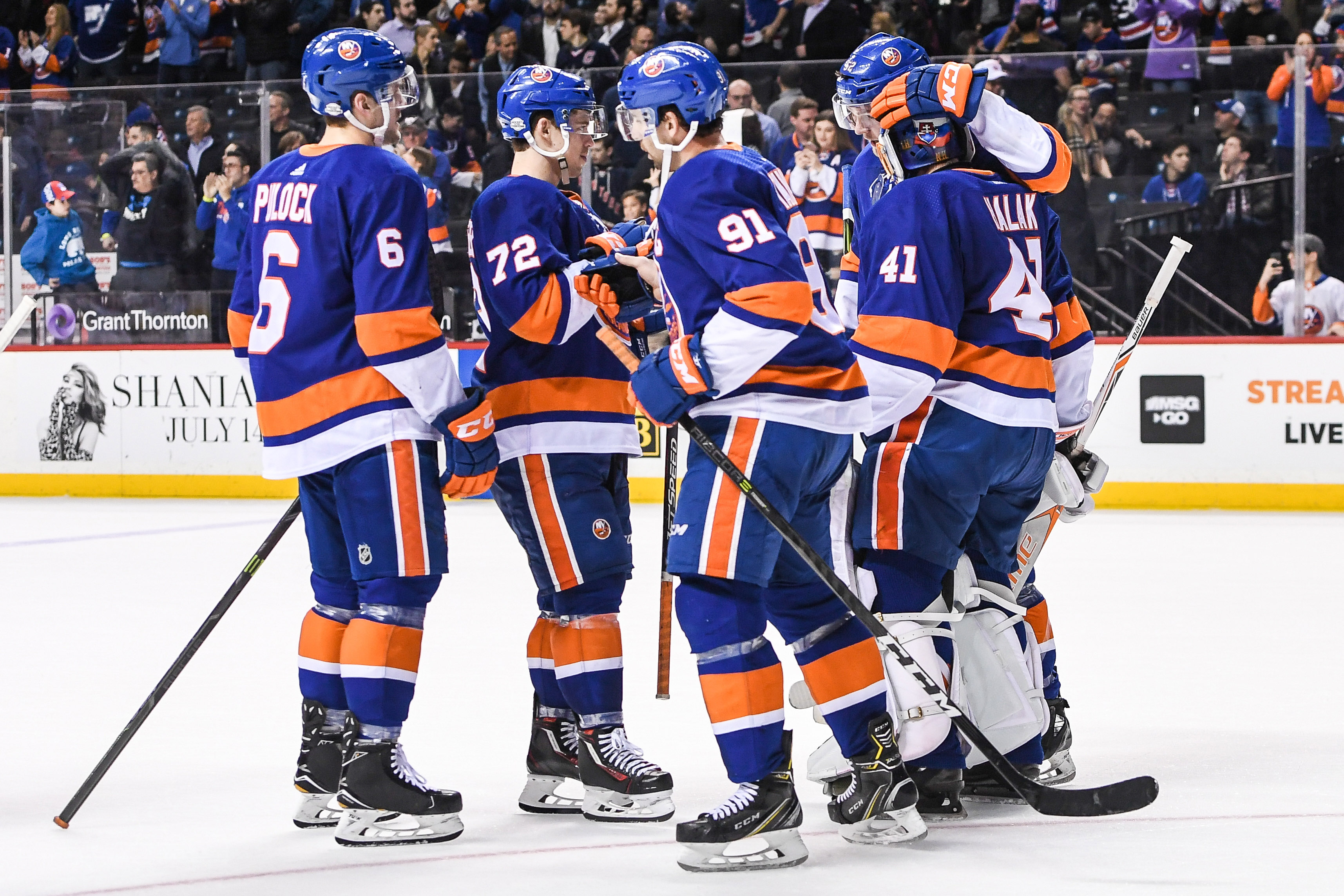 NEW YORK — The Islanders had hoped to get a spark from their matchup with the New York Rangers, and that they did on Thursday night.

“I think Jaro was obviously the best player tonight for us,” Islanders head coach Doug Weight said. “I think the team starts rallying and feels it. So that was probably the most important factor (in the win).”

Thursday was the second consecutive game the Islanders had given up 50 or more shots on net and the fourth time this month that they’ve surrendered that many shots in a game. Still, the Islanders offense did its job scoring three times to offset the high volume of shots and propel the home side to a win.

The victory came at a crucial point of the season, with the Islanders in the middle of a three-game stretch in which they play three divisional opponents who are all close by in the standings. Off the ice, much of the lead up to Thursday night’s game focused on a fundraising effort by a group of Islanders fans raising money to buy billboard space near Barclays Center to voice their frustration with team management.

The Islanders had lost some ground in the playoff race with their 4-1 loss to the Columbus Blue Jackets on Tuesday, but made some of that up with Thursday’s win.  The Islanders pulled even with the Blue Jackets at 62 points and are a point behind the Carolina Hurricanes for the final wild card spot in the east.

“We won this game. I thought we played a little better, competed,” Jordan Eberle said. “We gave up still too much. We have to find a way to limit the shots a little bit, but it’s a big win for this club. We have a big back to back here and we have to go into Carolina and play well.”

The Islanders took the lead early with Josh Bailey scoring 4:53 into the opening period and just 10 seconds into a power play. Leddy sent the puck to Bailey, who rifled a shot from the right faceoff circle past Lundqvist.

Barzal picked up his first of three assists on the goal and ended his night with 62 points on the season, moving him to 3rd for most points in a season by an Islanders rookie.

The Islanders extended their lead to two at 15:06 of the second period. After nearly scoring on a flurry of chances moments earlier, Barzal skated the puck into the offensive zone and sent a nice feed to Nick Leddy, who set up Eberle for the goal.

The final goal for the Islanders came on a fluky play as Thomas Hickey went for a no-look pass near the side of the net. The defenseman had his pass hit off the skate of David Desharnais and into the net.

“Getting the lead on the power play was nice,” Weight said. “I think we had a pretty good start to the game. Good start. It hasn’t been happening and obviously Jaro was good.”

This and That… Jordan Eberle recorded his 20th goal of the season, which is the fifth consecutive season he has had 20 or more goals and the sixth time overall. His 43 points this season place him fifth on the Islanders… The Islanders are 10-1-0 against the Rangers dating since 2015-16 and the Rangers have not won a single game at Barclays Center since the Islanders moved to the Brooklyn arena in 2015… Barzal has recorded nine points (three goals, six assists) in three games against the Rangers this year.