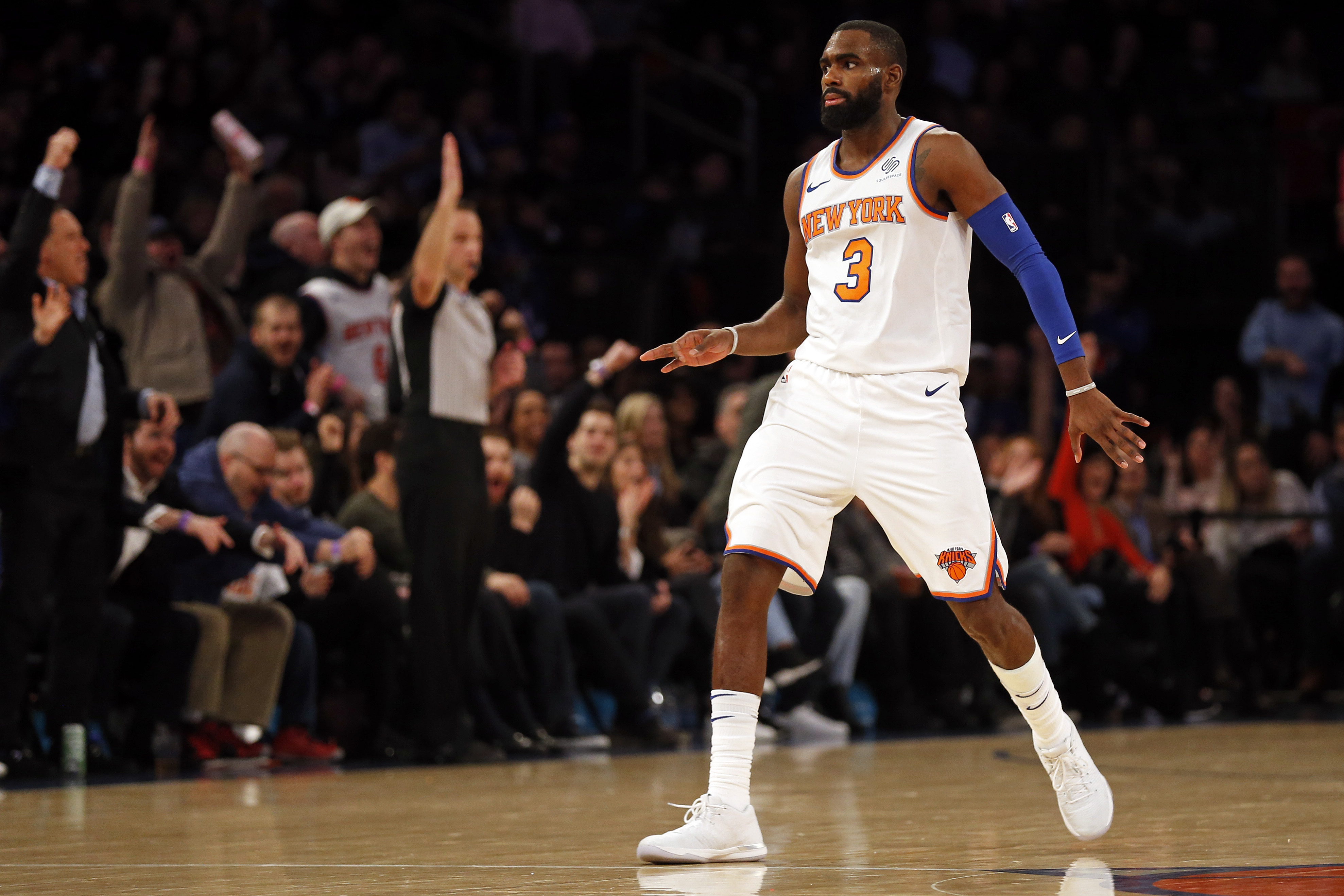 Following a massive offensive slump that plagued he and the Knicks through a recent seven game losing streak, Tim Hardaway Jr. exploded for 32 points in the first half against the Wizards on Wednesday night. The crowd went wild and it was clear the swingman was basking in the glory and needed some of that home cooking. Though he connected on a plethora of daggers from deep, the fact of the matter is Hardaway Jr.’s aggressiveness around the rim helped him stay hot throughout. Whenever Washington gave him space, he drove through the lane and poured in points from inside. Once his confidence grew, he subsequently let the ball fly from deep. Before the Knicks knew it, Hardaway Jr. was dancing and prancing once again as his team tallied a 27 point lead heading into the break.

But upon speaking to MSG Network’s Al Trautwig at halftime, Hardaway Jr. cautioned that his big performance would go to waste if New York could not hold on to the victory. They’d lost big leads like that before and if they weren’t careful on defense, it could very well happen again.

It was almost as if the 25 year old had a premonition. As the Knicks battled on in the third quarter, the team’s lead evaporated even more quickly than it came to be. Washington put together a 39-15 period to open up the new half, and it came as a surprise to no one that New York is most definitely not a team that likes to “play catch up.” After securing a commanding lead of their own and providing a demoralizing blow to the Knicks’ confidence, the Wizards held on and didn’t look back.

The team fed off of Hardaway Jr.’s sharpshooting in the first half. His stellar play and upbeat attitude was infectious, but an underwhelming 5 point second half meant there was simply no more momentum for this team to ride. Hardaway Jr. finished with 37 points and may have very well shaken himself out of the troublesome slump, but the Knicks still don’t know how to win. With or without Kristaps Porzingis, this team lacks the veteran leader necessary to command his troops and see to it that the group keeps their energy — along with a collective foot on the opponent’s neck — up throughout.

One way to keep energy up is to mix and match different lineups and aggressively react to what the opposing team brings to the table. Slowly but surely, that same level of alertness seems to be slipping away from Jeff Hornacek. He hasn’t been as savvy about making necessary adjustments. When the Knicks began the year 17-14, he could be recognized as an early candidate for Coach of the Year. Heading into the All-Star Break, it remains to be seen if he can prove he is indeed the man for this job by regaining some of that momentum and awareness. Riding Michael Beasley for 40 minutes on a 8 of 24 shooting performance isn’t proof that Hornacek deserves to be manning the ship. A choice like that undoubtedly gives way to losing habits.

Despite all the excitement and promise that was embedded in this game, New York’s losing streak has now reached eight. It’s a pretty low point for the Knicks to head into the All-Star break on.