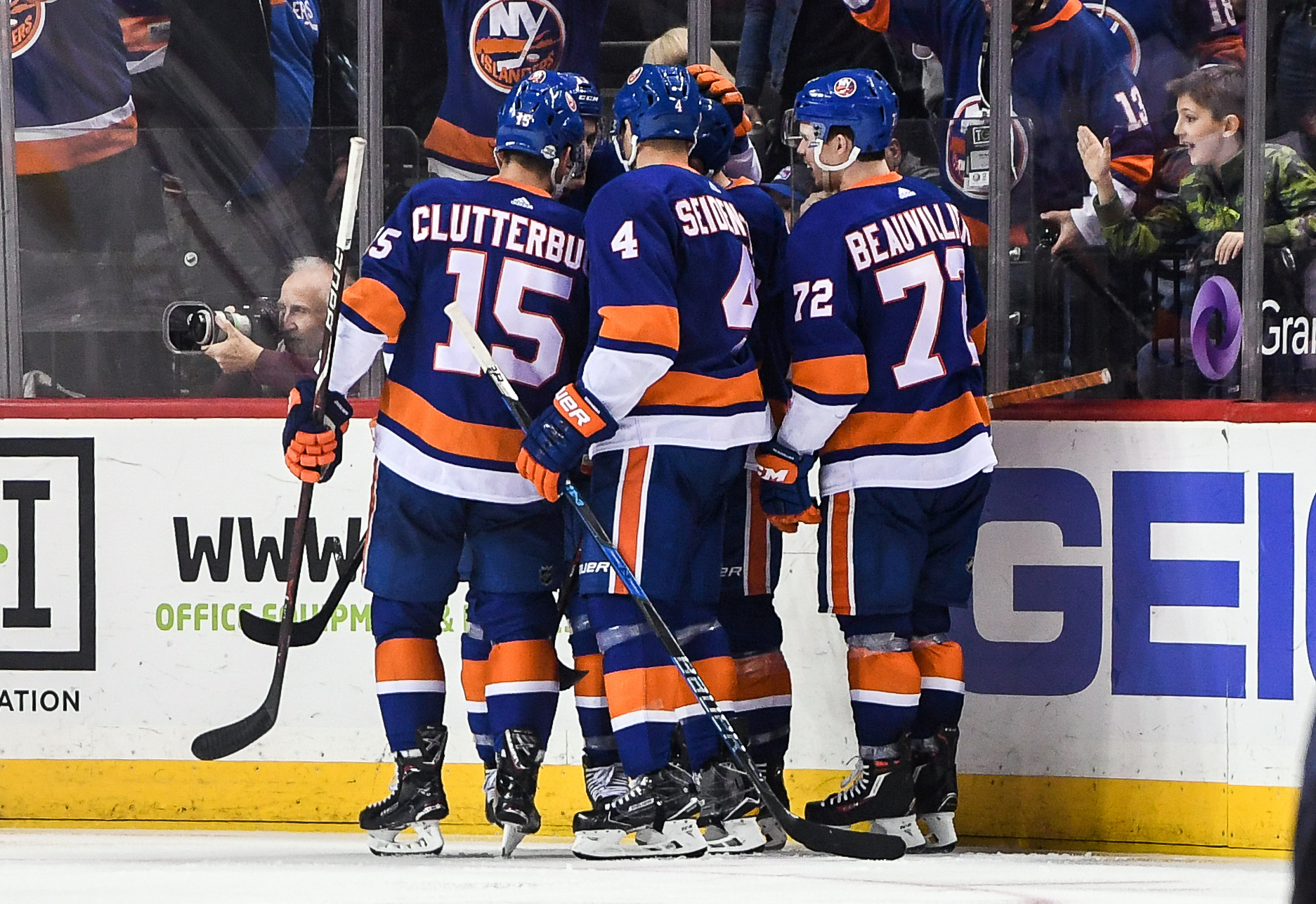 NEW YORK — The Islanders inched closer back to a playoff spot on Thursday night in a 3-0 win over the New York Rangers. Josh Bailey, Jordan Eberle and Thomas Hickey all scored in the win and Jaroslav Halak made 50 saves in his first shutout this season.

The win moved the Islanders into a tie with the Columbus Blue Jackets with 62 points each and puts them one point out of a playoff spot.

Josh Bailey opened the scoring at 4:53 of the first period while on the power play. Jordan Eberle made it 2-0 when he scored at 15:06 of the second period and Thomas Hickey scored 3:57 into the third period.

1. When the Islanders needed a big win, they sure got it and they even got a little bit of help too. As previously stated the Islanders pulled even with the Columbus Blue Jackets at 62 points and the New Jersey Devils picked up a 5-2 win against the Carolina Hurricanes to keep them at 63 points. That’s big considering the Islanders will face the Hurricanes tomorrow night in Carolina and could move back into a playoff spot with a win.

2. Doug Weight called Jaroslav Halak “probably the most important factor” in Thursday’s win and that can’t be overstated. For the second consecutive start, the Islanders netminder faced 50 shots and was forced to come up with some timely saves to keep the Rangers from changing the tide of the game. Halak has taken a lot of criticism this season, some of it rightfully so, but it’s becoming more obvious that the issues with the Islanders stem more from the players in front of the goalie rather than the goalie himself.

3. Halak loves to play against the New York Rangers and it’s easy to see why. The goaltender moved to 17-7 all-time against the Rangers and owns a .927 save percentage and a 2.36 goals against average. His success against the Blueshirts is something to behold and it a game against them for Halak to finally earn a well-deserved shutout this season.

5. Another Islander who has had success against the Rangers; Mathew Barzal. The rookie has nine points (three goals, six assists) in three games against the Rangers this season, which includes a three-point night (all assists) on Thursday. Barzal was instrumental in creating the opportunities on all three goals for the Islanders and in doing so moved to third all-time on the Islanders rookie points list (62).

6. The word accountability has been thrown around in a sarcastic sense by fans on social media, but it seems like Weight is trying to hold players like Barzal accountable for their mistakes. The Islanders coach was pleased with offensive output his star rookie had, but he went out of his way to point out some of the things Barzal is still improving at. “We want to be able to trust him in every situation,” Weight said during his postgame press conference.

And when Stan Fischler asked Weight what he meant by trying to challenge Barzal Weight said: “Just as far as structure and as far it’s not a hall of fame shift every shift… It should be just as much excitement in the (defensive) zone, and I get I was a player there’s not. But you have to try and address it with the same strides and the same purpose as you do in the other end.”

7. Someone who has benefited from having Barzal around him has been Jordan Eberle, who picked up his 20th goal of the season. Eberle now has five consecutive seasons where he has scored 20 or more goals and the sixth time in his career he’s done so.

“I love to score goals,” Eberle said. “I think consistency, not just in a single season, but over a period of years is something that you want to try and maintain in your career and I’ve been able to do that so far. I want to try to push it as much as I can.”

8. The Islanders now turn their attention to the Carolina Hurricanes on Friday. It presents an interesting question for the Islanders coaching staff in regards to who will start in net. Halak has clearly been the better of the two goaltenders, but it is a tough ask for Halak to play both nights of a back to back. Weight said that the coaching staff would talk about the idea.