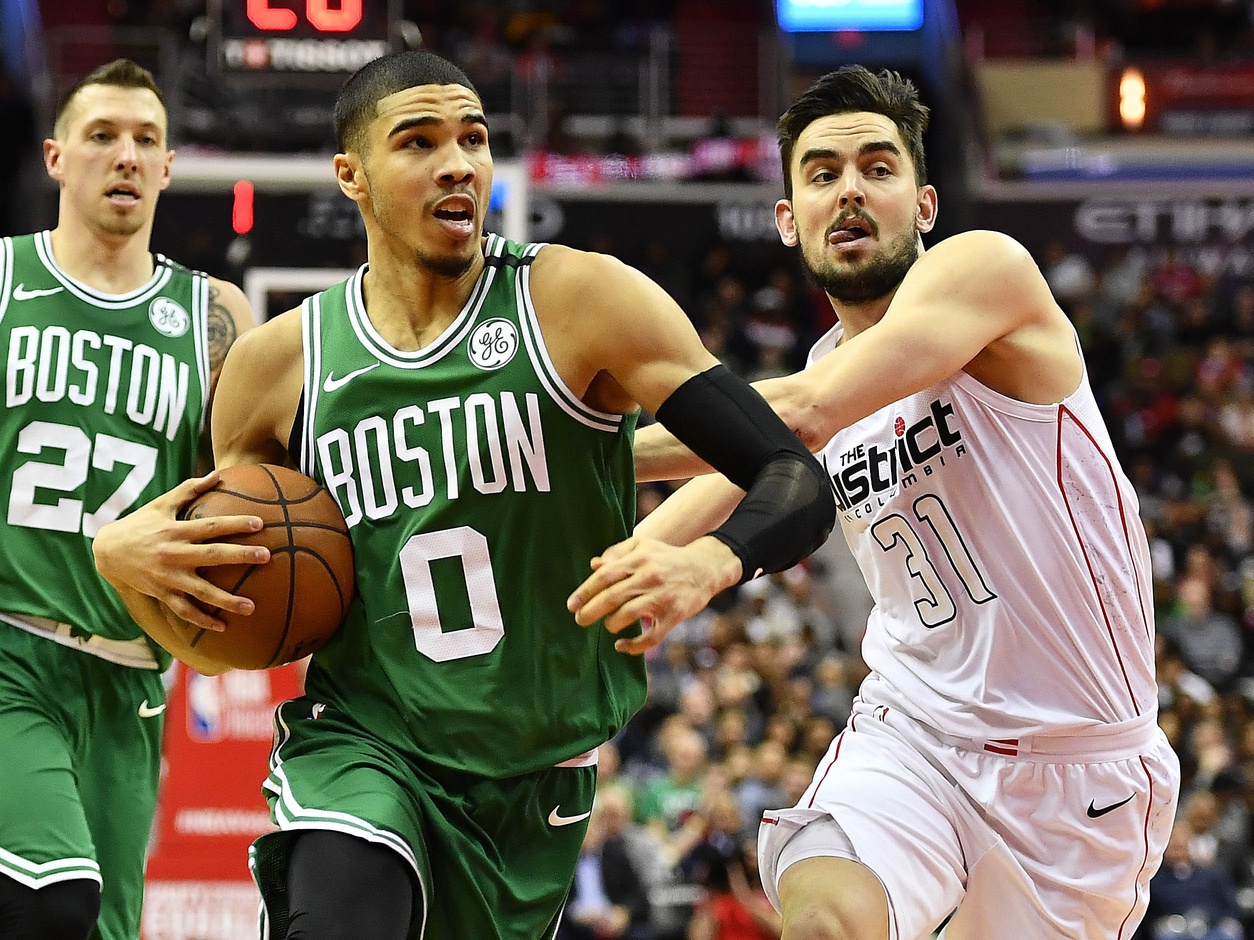 Jayson Tatum has been struggling a little bit lately. He’s cooled off significantly after coming out of the gates hot and leading the NBA in 3-point shooting percentage for a while.

There’s been some speculation about what’s been behind this drop. On Sirius XM’s NBA Today with Justin Termine and Eddie Johnson, Tatum was asked specifically about playing more games than he’s used to, and he acknowledged hitting the rookie wall a bit.

“It’s tough. We’ve already played 59 games this year and I only played 28 last year. I’ve definitely felt that recently the last week and a half, that’s why I’m kinda glad we got this break.”

The types of shots Tatum has taken has changed.

Over the last 10 games, Tatum has taken 25 shots from 15-19 feet. In all of December, the most packed month of the Celtics schedule during which they played 17 games, he took 21. According to NBA.com, he’s already taken 43 “mid-range” shots compared to 39 in all of December.

Tatum is taking three more shots per game over the last 10 as compared to December. Two of those are mid-range shots. He’s shooting almost exactly the same percentage from mid-range so there’s no drop off… he’s just taking more of them.

People tend to fall into old habits when they get tired because those are easy things to do. When you don’t have the energy to try harder at something new or to concentrate on instruction, you fall back into the things you’re most comfortable doing. It applies to everyone. It’s simple human nature.

For Tatum, that old habit is the mid-range jumper. I’m thrilled to see his volume increase, but I’m not too sure more mid-range shots is the answer. Yes, he’s shooting 49% from that area, but that’s below the efficiency threshold for a 42.7% three point shooter.

Teams are wise to Tatum’s shooting are trying harder to run him off the line. Very often his answer has been to upfake and take a step or two in and then shoot. While I’m a proponent of some mid-range shooting to soften defenses, Tatum needs to get into the habit of side-stepping after fakes rather than stepping in.

He’s still young and he’ll figure this all out. He’s still has flashes of great play but he clearly needed the break. Here’s hoping a little rejuvenation can get him back to the player he was with a little more consistency.