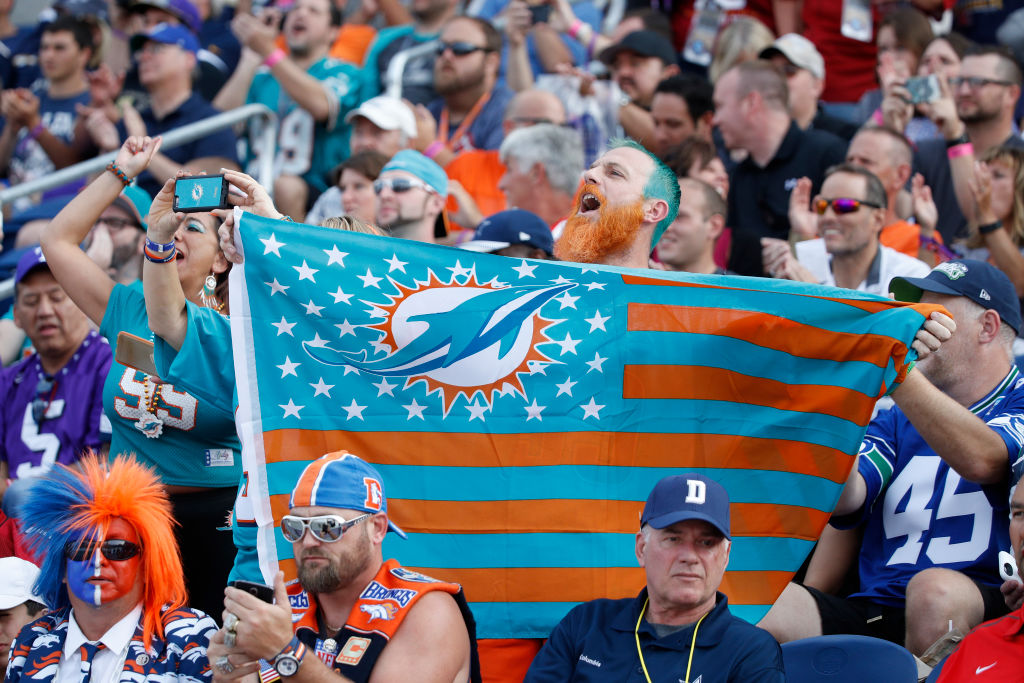 We are two and a half months away from the 2018 NFL draft, where teams will have opportunities to modify and fix certain positional areas that will allow them to make the extra step towards the postseason. It wasn’t so sunny in South Florida for the Miami Dolphins that experienced a drama-filled season that saw their offensive line coach dismissed, a key linebacker go AWOL, and constant debates about who to start at quarterback.

The Dolphins offense truly needs to become revitalized in 2018. They were ranked 29th in total rushing yards last year, spelling immediate needs and improvements in order to win games.Running back coach Eric Studesville will need to reinvent ways to improve the running and catching ability of his running backs, who at times showed promise but were inconsistent throughout the season. Because of this inconsistency, the Dolphins traded away Pro-bowl running back Jay Ajayi to the Philadelphia Eagles for only a 2018 fourth-round pick. The year before, Ajayi was blossoming and became a key component of the Dolphins balanced offense, rushing for 1,272 yards and scored eight touchdowns.

With Ajayi’s departure, the Dolphins were optimistic about utilizing two running backs, both Damien Williams and Kenyan Drake. Williams, in his fifth season from Oklahoma, was employed as a passing option out of the backfield and can cause mismatches for linebackers. William’s lateral quickness in open space helped the 25th ranked Dolphins offense produce productive drives. His best game came against the Tampa Buccaneers, in which he rushed for 78 yards on 10 carries and one reception for 24 yards. For all Dolphins fans that are skeptical about making Williams the starting running back, reconsider after watching William’s highlights.

Kenyan Drake, in his second season from Alabama, rushed for 644 yards on 133 carries and had three rushing touchdowns. He’s ready to become an every-down workhorse that tallies between 20-25 carries a game. His brute strength breaking in between tackles and fighting off defenders has shown fans that he’s got a lot of miles in the tank and is the missing piece for this Dolphins postseason aspirations.

One outstanding game Drake shined in came against the Denver Broncos, who were fourth in the league in rushing yards allowed. He generated 120 yards on the ground on 23 carries with a touchdown. His touchdown came on a 42-yard run play where he juked a linebacker and was gone. It was a mere image of Speedy Gonzalez at work. Drake also proved himself as a versatile back that can be used in passing downs, catching three receptions for 21 yards. Here are his 2017 highlights.

At only 24 years old, Kenyan Drake has plenty of years to develop and learn the speed of the NFL. The best way of doing that is continuing to give him repetitions and carries, as he will begin picking up defensive packages and how to patiently wait for holes to open up in the same way Pittsburgh running back Le’Veon Bell does.

The Dolphins should give Drake a bulk of the carries and let Williams keep his legs fresh for important third and long passing plays. It will ultimately be a tough decision but Dolphins fans must stay optimistic waboutthe organization’s direction moving forward.