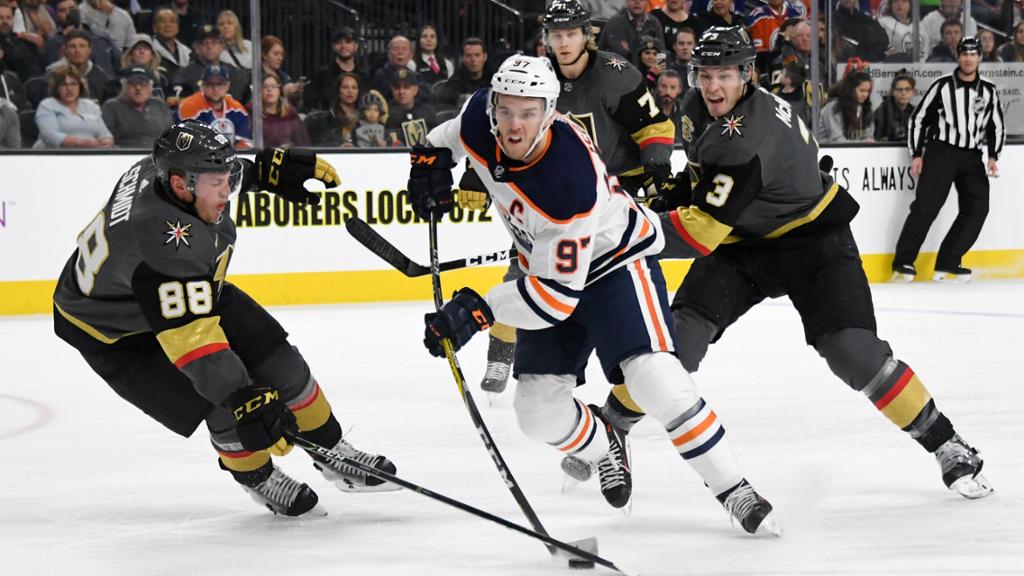 That was an ugly performance by the Edmonton Oilers tonight. For the first time this season, the Oilers were defeated by the Vegas Golden Knights and have now dropped five straight contests. Unfortunately, judging by the effort level and execution in this one, it appears the death march is on for this group of Oilers.

This is the first of a three game road trip for Edmonton, and hopefully it was a wake up call. The special teams wasn’t good enough again tonight, but the five-on-five play wasn’t much better. Really, Edmonton had only about two or three players going in this game. This was one to forget, no doubt about that.

Once again, Anton Slepyshev played a strong game. The young Russian was active all night and I noticed him good on multiple plays. I thought his effort level was high and he was trying to create things with the puck. On a night where half the lineup was asleep, Slepy impressed me. That’s now five straight games where I’ve liked what he has brought. Give him more looks please.

Jujhar Khaira had an average night, but had a helluva fight that might have been the best part of this game. Khaira has emerged as one of Edmonton’s tough customers this season, is on a value contract, and can contribute in a fourth line role. This is the kind of tough and physical player the Oilers should be looking for. More please.

The special teams were an adventure once again. Edmonton had just one powerplay on the night, but failed to generate much and got nothing done with it. On the flip side, the penalty kill once again surrendered a goal against, as the Golden Knights finished one-for-two. Just another night in the red for the Oilers on special teams. It’s not good enough.

Cam Talbot had another bad outing, this after surrendering six goals in Monday’s loss to Florida. I’m still very much in Cam’s corner and believe he is by far the best option for Edmonton, but he needs to reset here. What the Oilers are getting out of Talbot every night simply isn’t good enough. Four more goals against in this one, that just isn’t going to cut it.

Again, however, I will point out that this is a good goalie having a bad year. It is important to remember that and not overreact this summer.

Connor McDavid struggled tonight, as did Leon Draisaitl outside of his goal. That said, these two have been carrying the Oilers as of late and it is tough to get on them for a bad outing. I’m 99% sure they’ll be out for blood Saturday in the desert.

I’m a fan of Matt Benning, but at some point the Oilers need to sit him down. He had another really poor showing in this game, and his mistakes led to numerous chances and at least one goal against. Benning seems far too reluctant to play a physical game right now, and he looks like he is completely void of confidence.

I still believe that Benning is a good young defender, but much like Talbot the Oilers need to reset him and get him going in the right direction. It’s imperative.

As a whole, I thought the defense was very poor tonight, while none of the offensive lines were able to get anything of substance going after the first ten minutes of action. Really, you could throw the entire team into this category because it was a really ugly effort on this night. The Vegas Flu finally got to the Edmonton Oilers, it was just a matter of time.

It’s a date with the red-hot Arizona Coyotes on Saturday afternoon. Yes, Arizona has actually been playing good hockey as of late. They knocked off Montreal earlier tonight, and smacked around Chicago earlier in the week. If the Oilers aren’t ready, they’ll be Arizona’s next victim.

After that, it’s a quick trip to Denver to battle the Colorado Avalanche on Sunday afternoon.