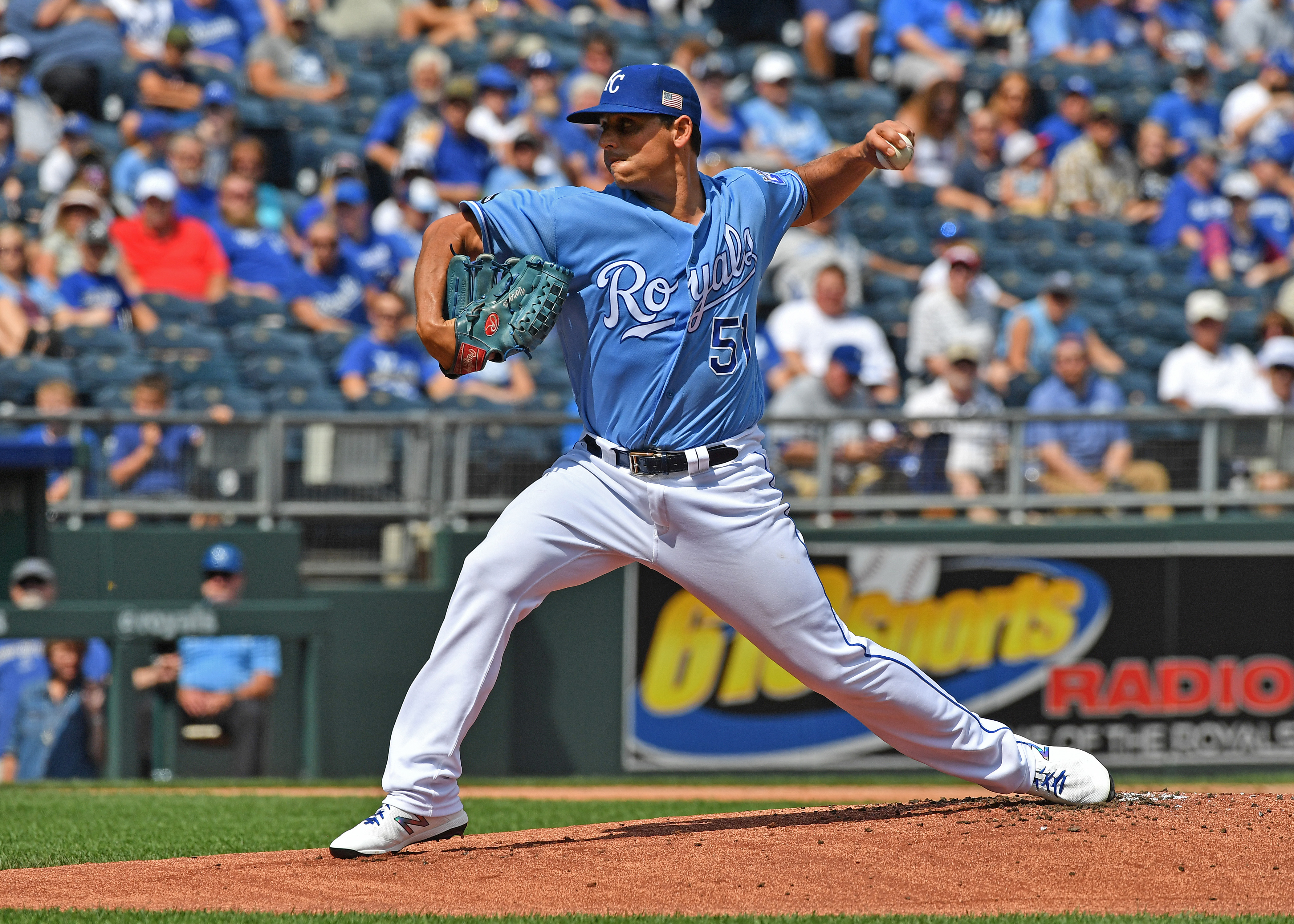 The New York Mets finally decided to add some stability to their rotation, signing lefty Jason Vargas to a two year deal yesterday. Vargas, who isn’t as flashy or possess as much talent as such as the other starters, but what he does offer is dependability. As a member of the Royals last season, Vargas pitched 179.2 innings, more than any member of the Mets’ current starters (outside of Jacob deGrom) last season. The Mets likely didn’t give Vargas $16 million to work out of the bullpen, so his arrival will bump one of the current starters out to the bullpen.

deGrom and Noah Syndergaard are locked in at the top of the rotation, and Vargas figures to be the third starter. That leaves two open rotation spots for Matt Harvey, Steven Matz, Zack Wheeler, Robert Gsellman, and Seth Lugo. Harvey has drawn rave reviews from new manager Mickey Callaway, so he figures to have the inside track for one spot. The other will come down to a competition, but if healthy it looks like that spot would be Matz’s to lose. Matz would give the Mets a second lefty in the rotation and he has flashed the most brilliance of that group when he hasn’t been pitching with an injury.

This news came as a disappointment to Zack Wheeler, who was clearly frustrated in his chat with the media yesterday. Wheeler is likeliest to end up in the bullpen as a result of the Vargas signing since the Mets may opt to keep Lugo and Gsellman stretched out in the minor leagues as emergency starters. This is a tough break for Wheeler, who has worked hard to get back on the field, but its hard to blame the Mets for picking up Vargas. Wheeler has pitched only 86.1 innings since the start of 2015, numbers that definitely don’t scream dependability.

This is nothing personal against Wheeler, who will likely get starts at some point due to injury for someone else. Wheeler might even be in the rotation again as soon as next season, when Harvey is expected to depart in free agency. The Mets have to make a decision that is in the best interest of winning this season, and Wheeler has to out pitch the others in spring training if he wants to be in the rotation. The Vargas signing was a good wake up call for the starters, indicating that the Mets expect them to stay on the field and perform instead of simply being handed a rotation spot. How they respond to the challenge will be key to the Mets’ pitching performance in 2018.