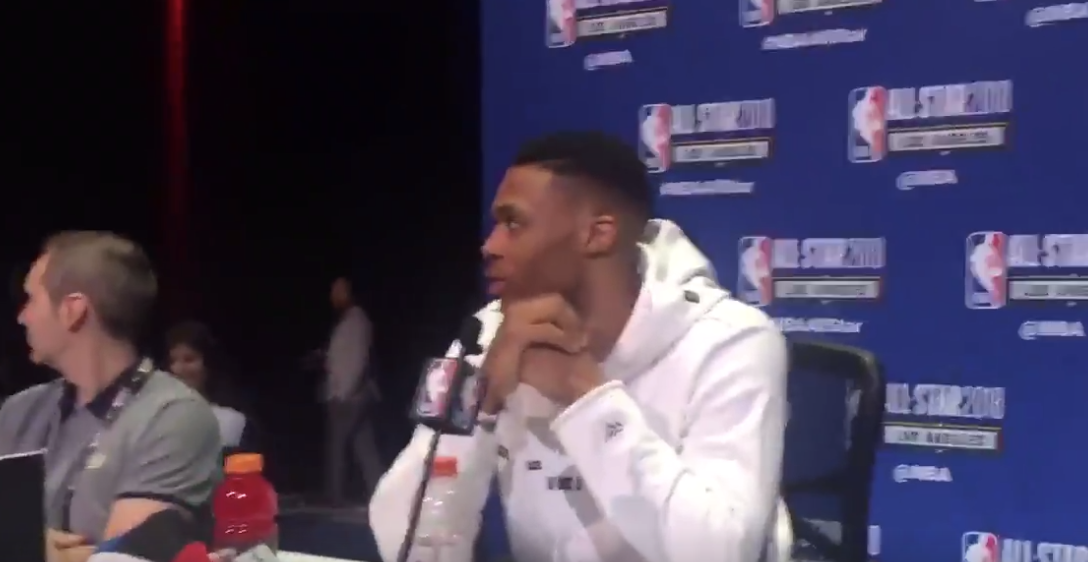 Reigning MVP Russell Westbrook knew exactly how to shut down fans that attempted to steal his thunder while he spoke to reporters at All-Star Media Day.

Westbrook was fielding questions at the podium, when Los Angeles fans began chanting “We want Paul!” to show some love for his Thunder teammate. Paul George was born in the Los Angeles area, and Lakers fans have been attempting to pledge as much support for him as possible, in hopes that the team will pursue him in the future.

But Westbrook was not interested in allowing them to interrupt his presser, so he delivered the perfect response to make them go quiet.

“That’s out! Paul ain’t going nowhere, it’s over for that,” he said.

Westbrook’s message was effective, as fans could barely be heard after he uttered that statement.