Your Morning Dump... Where Jaylen and Jayson were rising stars all right. 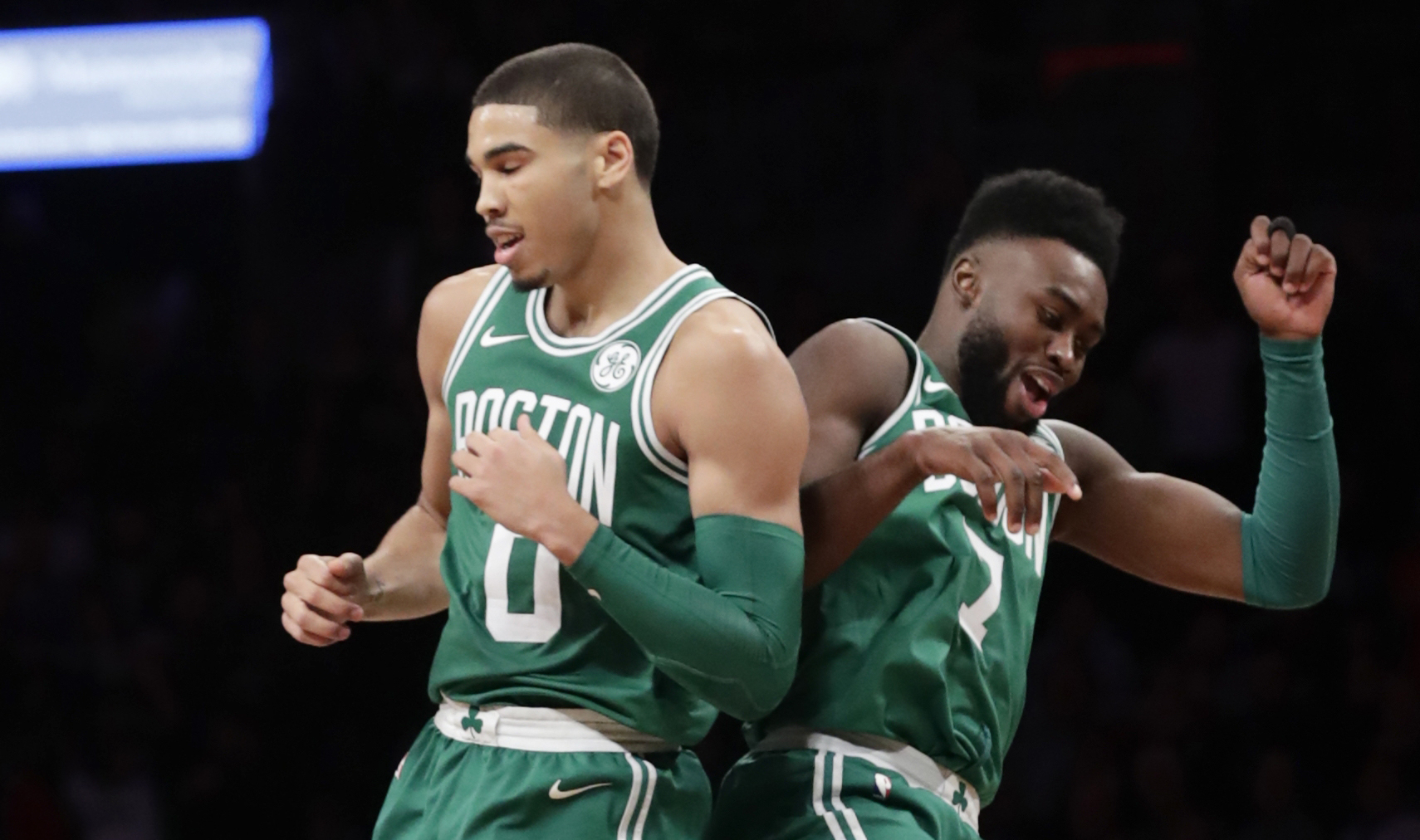 Your Morning Dump... Where Jaylen and Jayson were rising stars all right.

So it’s All Star Weekend, and there’s not a lot of meaty news to digest.

Jaylen Brown jams it with his left!#KickstartRisingStars

Jaylen Brown posted a game-high 16 PTS in the first half!#KickstartRisingStars

Make sure to watch all of the second half action on @NBAonTNT pic.twitter.com/pS4ZuG6eFN

All the highlights at MassLive

Gary Washburn over at the Globe also has a piece up about Tatum & Brown, including this little nugget from Jaylen:

“I think we expected this. I don’t think the world expected us to be what we turned out to be, the 16-game winning streak, be the No. 1 team in the East a majority of the season. I don’t think teams expected that. We’re just going to keep tackling expectations, like nobody expects us to win a ring.”

And, FWIW, now that everyone’s writing off the Celtics again, I think they’re going to come out of the break on a tear.

“I think the draft itself would be amazing on TV just to hear the back-and-forth between the captains and see how the teams fill out,” Curry told ESPN. “But we have to protect our guys [dignity]. That’s the biggest thing.”

Some are making the case that revealing the NBA All-Star Draft order might be a substantial enhancement for the league, but not so much for some of its players who might end up as the NBA’s version of Mr. Irrelevant, a title given to the last player drafted in the NFL.

It could open the door for players to be the brunt of last-man-standing jokes and memes created to ridicule a player’s standing in the league.

Yeah. We don’t want players to be subjected to unnecessary taunts.

Why, if it had come out that Al Horford was the second-to-last pick, people might question his All Star credentials and insist that he’s just average.

Good night people. Congrats to the Stros. Great team. I’ll leave you all with this. Al Horford is Average

Finally: Irving misses Hayward ‘so much’

“I don’t want him to rush back. We need him for years to come,” Irving said during an appearance on ESPN’s “The Jump” on Friday from All-Star Weekend in Los Angeles. “It would be great if he came back this year. Hell, I miss him so much. He knows that. I just want him to do what’s best for him.”

What might be even more intriguing is how Irving referenced “years to come” in regard to a future with Hayward and the Celtics. Irving, who is the third-highest paid Celtics player this season while earning $18.9 million, can opt out of the final year of his current deal after the 2018-19 season, at which time he could explore a long-term extension with the Celtics.

We never got a chance to see Hayward & IT playing off each other.

And we’re still waiting for Hayward & Irving to team up.

Of course, in the mean time, we do have the Jaylen & Jayson show to enjoy.

NBC Sports: C’s Brown has 35 in Rising Stars loss | He won’t ‘shut up and dribble’

MassLive: Kyrie Irving: Great if injured Boston Celtics star Gordon Hayward can return, but ‘I don’t want him to rush back’