Champions League Round of 16 Preview, Predictions 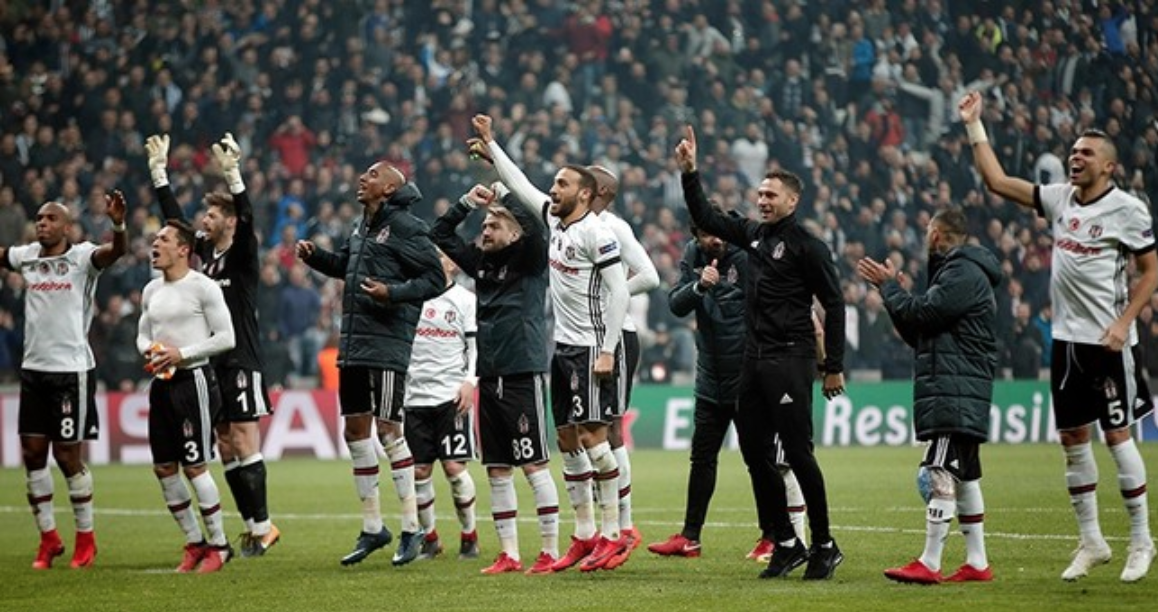 Champions League Round of 16 Preview, Predictions

The eight Champions League teams who have yet to square off in the Round of 16 have enjoyed a long break, which spanned roughly two months, but they’re set to get back to action this week when CL play resumes.  With elimination looming for half the competing teams, let’s take a closer look at who will advance to the quarterfinals.

Current form: It’s hard to see how Besiktas can advance beyond the current round of play. Current in 4th place in the Turkish Super Lig, most of their starting players are well into their 30s and are past their prime.  They sold starting striker Cenk Tosun to Everton FC last month and have replaced him with Cyle Larin, formerly of Orlando City SC.  Sacrificing a forward who scored eight goals in league play and four goals in CL action this season will prove to be a huge loss for Besiktas against an opponent such as Bayern Munich.

Currently in first place in the Bundesliga, 18 points clear of their nearest rival with 12 games remaining, Bayern now set their sights on European glory in the CL.  Bayern’s strength goes beyond their players, however, with current manager Jupp Heynckes. At age 72, Heynckes came out of retirement to garner European silverware for Die Bayern. And with veteran stars such as Robert Lewandowski, Franck Ribery and Arturo Vidal coupled with exciting young players like James Rodriguez and David Alaba,  this is a team who have the pieces to bring the CL trophy to Bavaria.

Prediction: Look for Bayern Munich to control the tempo of the matches against their weaker Turkish rival, winning 5-2 on aggregate.

Current form: Manager Antonio Conte believes he’s found the weak spot in the Barcelona defense and intends to exploit that weakness in their home-and-away matches against the Blaugrana.  With all due respects to the former Italian national team manager, this is a squad that has yet to lose in La Liga play this season.  Chelsea, last year’s EPL winners, have found themselves hanging on to fourth place at this stage of the season, with rumors swirling about Conte’s termination at or before the end of the season. A successful run in the Champions League might change his fortunes, but his team needs to eliminate Barcelona first.

Any success the Blues would have rests largely with shutting down Lionel Messi, who has failed to score a goal against Chelsea in eight previous matches. But even without Neymar, Barcelona has a talent-laden squad beginning with Uruguayan international Luis Suarez, who is just as prolific in goal-scoring as Lionel Messi. Perhaps the biggest advantage for Chelsea is the fact that recent Barcelona arrival Philippe Coutinho already played in the CL for Liverpool this season and is therefore ineligible to play for Barca.

Prediction: Holding Barcelona scoreless at Stamford Bridge is too high a bar to set. Chelsea would need to win in aggregate goals to advance. But recent wins in England cup competition against minnows like Hull City and Norwich City are not victories against the likes of a star-studded squad such as Barcelona. Look for the Blaugrana to advance to the next round with an aggregate score of 6-4.

Current form: Currently in 5th place in La Liga, Sevilla by all accounts is having a successful season.  Looking up at 4th place Real Madrid in the table is nothing to be ashamed of, given their budgetary constraints. But scoring only 31 goals in 24 matches places Sevilla as the weakest offensive squad in the top 10 La Liga teams, and that will pose a problem against the 2nd place team in the EPL.

Aside from having a solid squad and a strong bench, the Red Devils are managed by Jose Mourinho. The Special One has a clear advantage here, having also managed for the two top teams in La Liga, Real Madrid and Barcelona. He is well acquainted with the style of play of La Liga teams, and will be amply prepared for Sevilla. Having given up just 19 goals in 27 EPL matches while scoring 51, it is hard to see a path forward in the CL competition for Sevilla.

Prediction: Look for both matches to be decided early, with Manchester United easier advancing to the next round with a 6-2 aggregate scoring advantage.

FC Shakhtar Donetsk vs. AS Roma

Current form: These two evenly-matched teams should produce the most competitive games in the current round of 16.  Shahktar is led by Brazilian star midfielders Fred and Bernard, as well as leading Ukrainian Premier League goal-scorer Facundo Ferreyra.  Roma, third in the Serie A table, lost their main striker Mohamed Salah to Liverpool to the summer transfer window.

I Giallorossi are currently led by goal-scorer Edin Dzeko with 11 goals in Serie A competition, as well as midfielders Radja Nainggolan and Daniele De Rossi.  Another top-shelf player for the Italian side is Roma goalkeeper Alisson, who is currently being sought after by the Merseyside management.  While neither side is given much of a chance of advancing out of the next quarter-final round, the current round of 16 should produce highly-competitive matches from these two teams.

Prediction: Both teams will begin their matches a bit tentative in their attacks, but the quality and experience of the Italian side will give Roma a slight advantage, and they will advanceto the next round by a narrow 3-2 aggregate score.