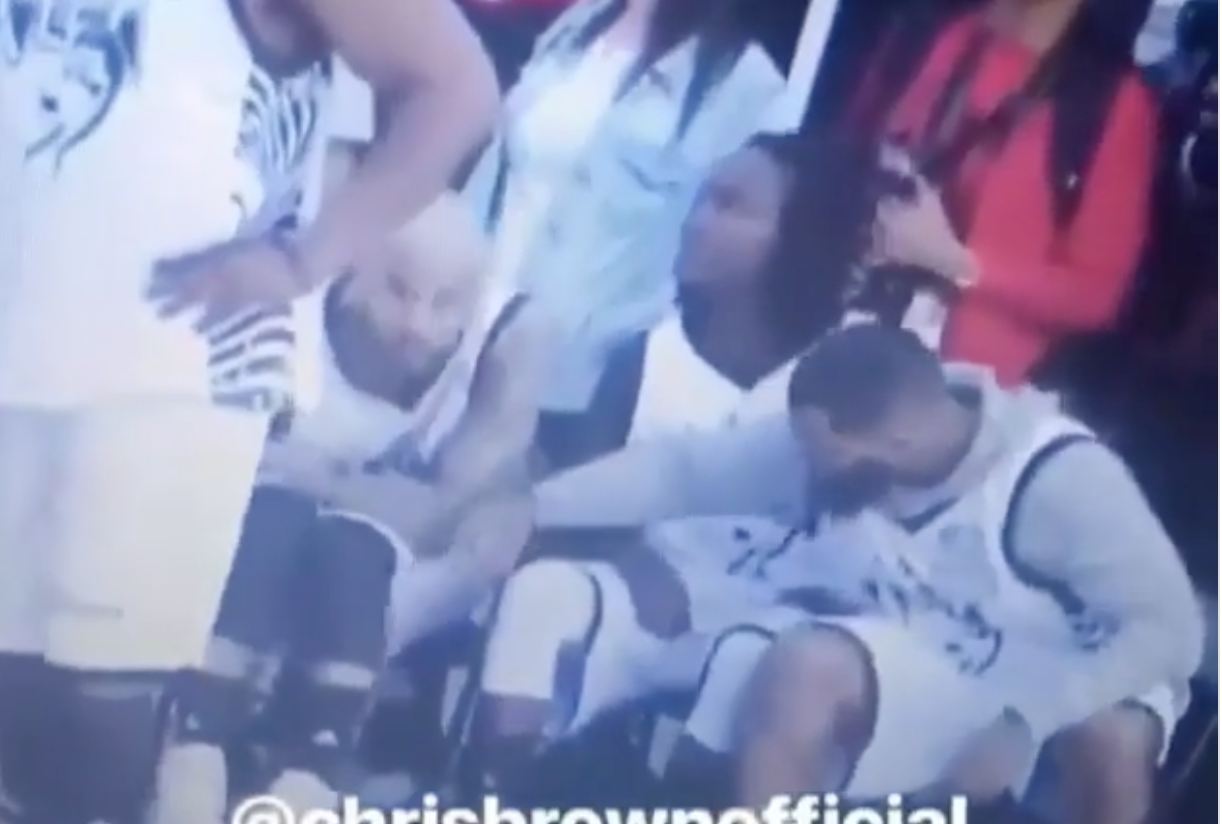 NBA fans enjoyed watching a number of rappers square off on the court during All-Star Weekend.

The Hip Hop All-Star Game took place at Staples Center on Friday, with Snoop Dogg’s and 2 Chainz’s teams squaring off.

Quavo, Jadakiss, Wale, Machine Gun Kelly and others suited up for 2 Chainz, while Snoop had Chris Brown, The Game, David Banner and Co.

As for Brown and The Game, aka Jayceon Taylor, the two were spotted passing what looked to be a marijuana blunt during the game. Brown appeared to give Taylor the object which he attempted to conceal, and you can watch him do so in the video clip below.

#PressPlay: #Wayment… not in the middle of the game thooo! 😩😂💀 #NBAAllStarWeekend #ChrisBrown #TheGame

tTaylor didn’t even try to hide it.