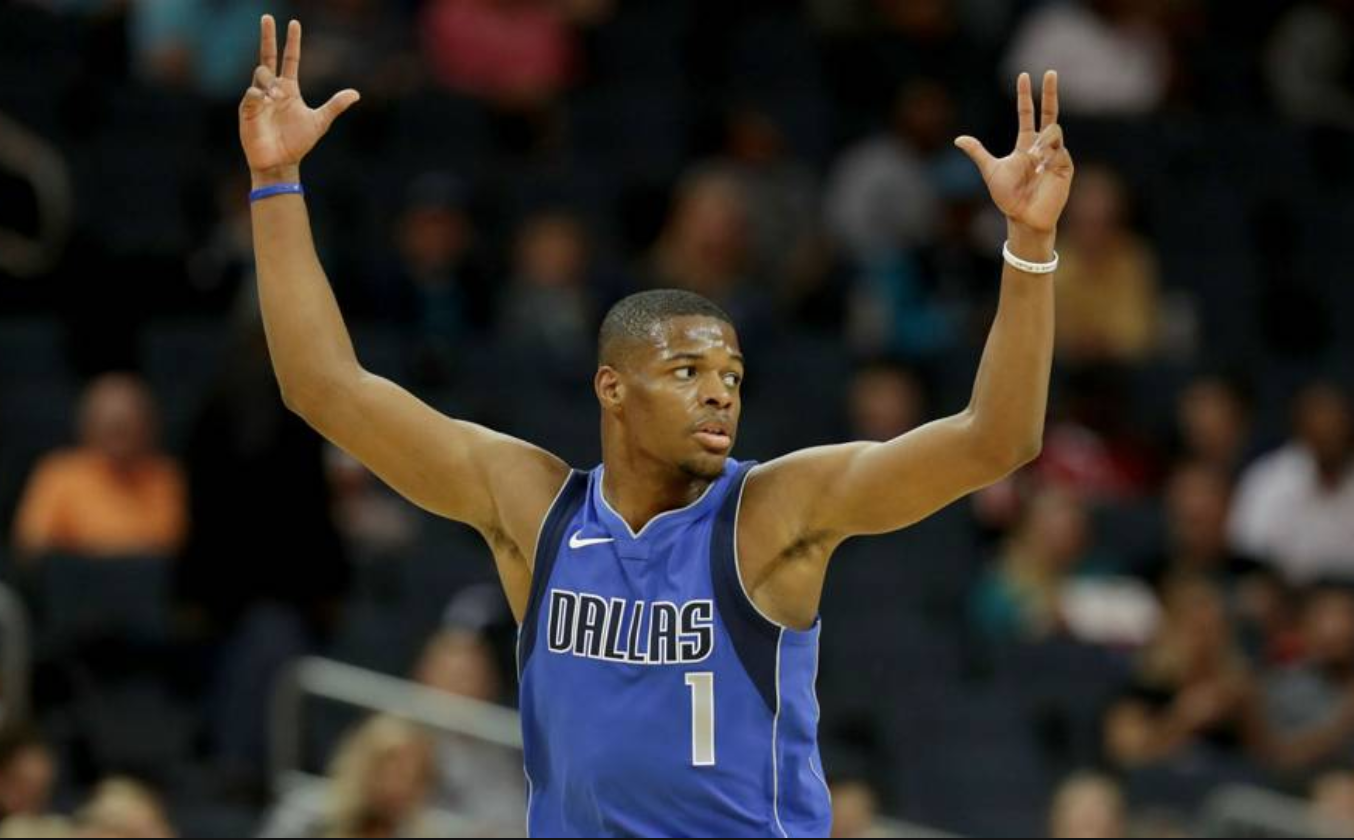 Mavericks rookie Dennis Smith Jr. appears to be unhappy about the scoring of his dunks he threw down during Saturday’s Slam Dunk Contest.

Smith’s first dunk of the night was pretty impressive, as he double pumped in the air and then threw down a reverse slam, which entailed a high degree of difficulty.

For some reason, though, the judges didn’t seem to be impressed, and Smith ended up with a 39. The Mavericks point guard apparently did not agree with that score, as he sent this tweet, comparing his dunk to Victor Oladipo’s first one.

Smith does raise a good point, being that Oladipo failed to successfully throw down a dunk on his first attempt, as he tried a ridiculously-difficult reverse slam three times, but was denied by the rim on all three. For some reason, the judges gave him a 31.

The dunk contest was held at Staples Center, so there were a few celebrity judges that didn’t come from basketball backgrounds. DJ Khaled, Chris Rock, Mark Wahlberg, Lisa Leslie and Julius “Dr. J” Erving were tasked with scoring the dunks, and Smith apparently does not believe they did a great job of doing so.