In Case You Missed It: The NCHC Suspended CC's Kade Kehoe (Video) 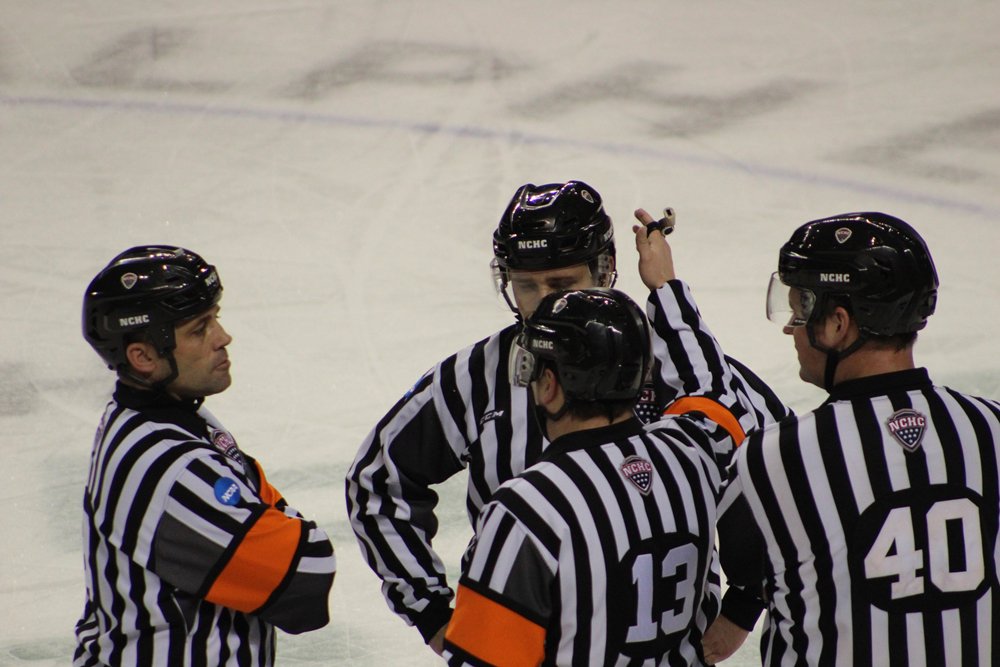 In Case You Missed It: The NCHC Suspended CC's Kade Kehoe (Video)

Without much fanfare, the National Collegiate Hockey Conference suspended the Tigers sophomore forward Kade Kehoe one-game for spearing a Denver Pioneers forward on the faceoff with 1:04 remaining in Friday’s game. While Kehoe wasn’t originally whistled on the play, the officials reviewed his spearing infraction after the game and he was assessed a major penalty for spearing and given a game misconduct penalty.

Furthermore, the NCHC also decided that Kehoe would sit for the final game of the DU vs. C.C. series. It would appear that the league made the right decision. I included the video. It was a short clip.

COLORADO SPRINGS, Colo. – The National Collegiate Hockey Conference (NCHC) has issued a one-game suspension to Colorado College sophomore forward Kade Kehoe, in accordance with the conference’s supplemental discipline policy, the NCHC announced Saturday, Feb. 17. The suspension stems from the illegal use of a stick for spearing during CC’s game against Denver Friday night at the Broadmoor World Arena in Colorado Springs, Colo.

At the conclusion of last night’s game, Kehoe was assessed a major penalty for spearing and given a game misconduct penalty, while the actual incident occurred with approximately 1:04 remaining in the third period Friday.

Kehoe will be required to serve the one-game suspension during CC’s series finale tonight against the Pioneers in Denver. Kehoe is eligible to return for the Tigers’ series opener at Omaha on Feb. 23.