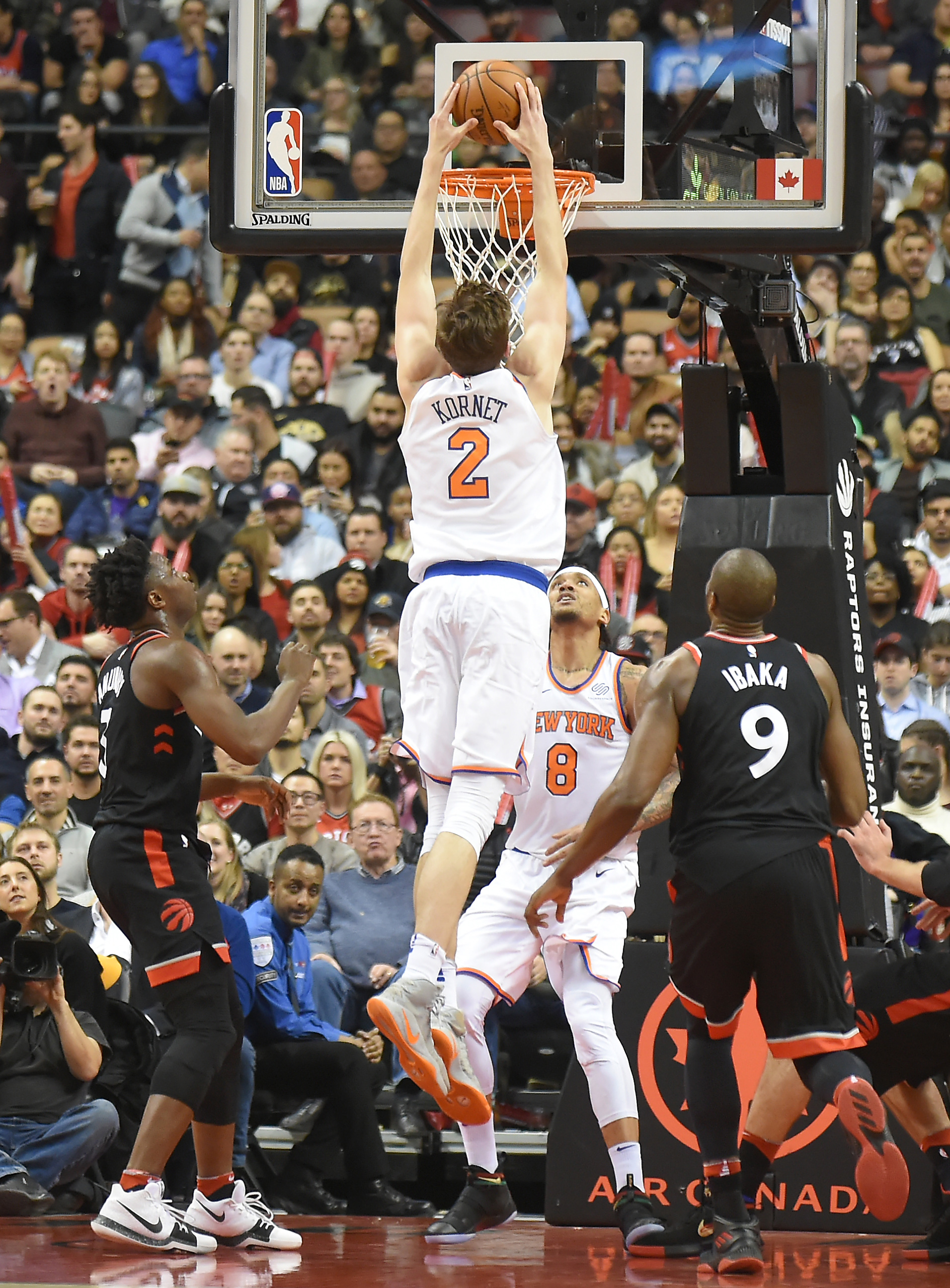 Throughout January, Luke Kornet continued to develop and hone his skills in the G League as he continued to prepare himself for his NBA debut. In the middle of January, the Westchester Knicks took the trip up north to compete in the G League Showcase. Despite losing to the Rio Grande Valley Vipers, the Knicks picked up a win over the Agua Caliente Clippers.

“It was honestly great, especially playing RGV [Rio Grande Valley] because they are one of the better teams in the league,” Luke Kornet told KnicksJournal.com. “It was a lot of fun competing against them. They really outplayed us in that game, which is unfortunate, but that whole Showcase event was honestly a lot of fun. It was really great going out to compete and also be able to see all the other teams out there. It kind of felt like a high school AAU type thing, just having all the teams together. I thought it was a good week for our team even though we lost that one game.”

Unfortunately before the second game against Agua Caliente, the teams were delayed because of the weather conditions.

“We were stuck on the bus. I thought, ‘this will be an interesting delay of the game.’ It ended up being pretty good for us and it was kind of fun just going out, forgetting everything else and just playing,” Kornet continued.

“At the end of the day, you want to be someone on the court that a lot of people can look up to,” Kornet said. “[You want to be] an example, or at least someone that my younger self would be proud to see on the court. When I grew up, there were so many guys that I looked [up] to. At the end of the day, we’re just playing basketball. The person that you are matters so much more than the player you are.”

Since their match-up against a hard-nosed Long Island Nets, Luke Kornet has maintained his threat on the perimeter while having an active presence inside. The Knicks big man recorded at least two blocks in six of the eight outings following the G League Showcase. That included a strong game against the Greensboro Swarm, in which Kornet stung the Swarm’s offense with three blocks in the first quarter alone.

The Knicks have a short month in February with only two games remaining. The Knicks are the No. 1 team in the G League and are looking to make an impact once the playoffs roll around. Outside of the G League, Kornet is working towards tallying up time on the 45-day clock. Despite that pressure the Knicks’ center’s focus still remains the same.

“I’m always focused on good basketball on the court and I feel like we’ve been able to do that,” he added. “And of course, improving individually. I want us to I feel like we continually improve in every facet just slowly over time. Whether it’s getting better in defensive rotations or growing offensively, I’m just hoping for more of the same and keeping that steady growth.”

After spending 33 games in Westchester, Kornet has made strides in his game on the defensive end and has emerged as one of the top shot blockers in the G League. With his ability to stretch the floor, he played a role in Westchester becoming the No. 1 three-point shooting team. After Kornet suited up for nearly three quarters of his rookie season in Westchester, he felt like he’s shown enough to earn a call-up.

“I would love to be able to come up and play with them,” Kornet stated. “I’m just here whenever they need me. In the meantime, I’m just going to [stay ready because] I definitely want to play in the NBA. I want to keep getting better. This is the first year of hopefully many, so I just have to come in and understand that no matter where you are, there’s so much room to grow. Hopefully, I get the chance, but it’s up to [New York]. If they need me, I’ll be here.”

On Feb. 8, his dream came true. Not only did the Knicks’ big man make his debut with New York, but he had a night to remember. Kornet quickly showed off his range, draining three shots from deep. He tallied 11 points and 10 rebounds and became the first Knick since John Wallace to record a double-double in his debut. He was also active on the defensive end, working well off switches and blocking shots.

As the second half of the season continues for the New York Knicks, Luke Kornet will have an opportunity to showcase what he can do on the grandest stage in the world.