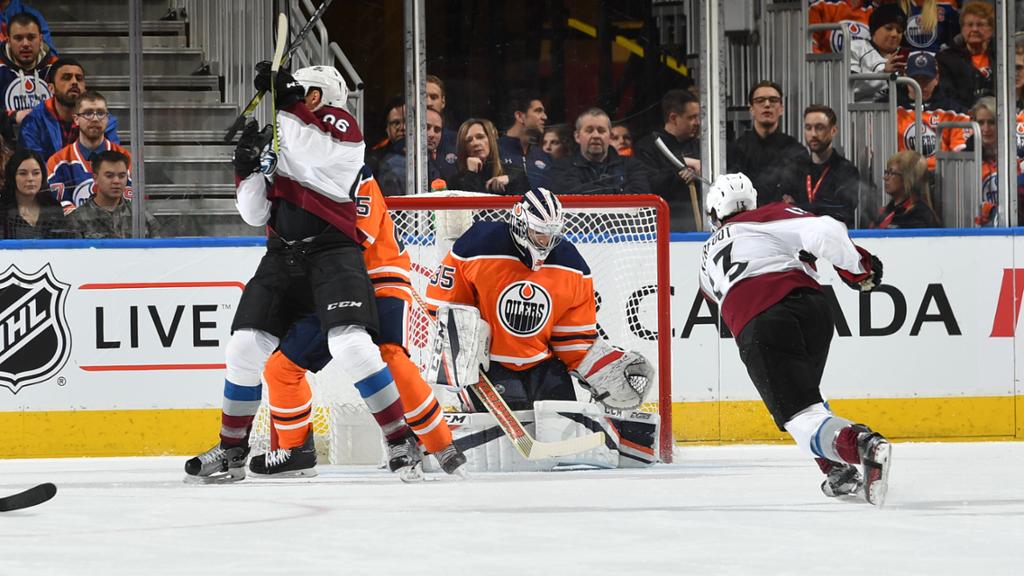 The Oilers are back in action, this time in Denver to take on Gabriel Landeskog and the rest of the team almost known as the Rocky Mountain Express (seriously look that up) the Colorado Avalanche.

Edmonton comes into this one looking to break a six game skid (sighhh) while Colorado looks to avoid dropping two in a row and gain some ground on the second wildcard spot in the West as currently, they sit three points back of Minnesota for the spot.

Let’s get to some points on this tilt before puck drop.

-We sound like broken records here but this team has to get out of this first period funk, they’ve allowed the first goal ON THE FIRST SHOT 11 times this season. Cam Talbot has to make a save early, this team can’t keep battling from behind less than 10 minutes into a game.

-Scoring from beyond the first line would be nice, after putting up five in their last home game against and Florida they’ve only scored once on this current road trip with the only goal coming from Leon Draisaitl.

-Shots on net early, and get Nathan MacKinnon rolling, he leads Colorado in scoring with 61 points and also has 164 shots on the season, the dude loves to fire away and he’ll convert on his chances if he gets them.

-Get some blatant goalie interference going on Talbot, it’s not like the officials are going to get the call right if you get in Cam’s crease or any netminder in the league as we’ve watched time and time this season.

With this team’s hot and cold firepower outside of #97 and Drai I’m not sure as to who you should really be watching out for right now on this squad so I’ll leave this point at keeping your eyes open for those two today.

Mikko Rantanen has been one of the brightest lights on this Avalanche roster, 2nd in scoring and with 20 of his 53 points coming on the PP which leads the team, expect him to feast if the Avs are on the man advantage.

What more is there to be said than hopefully the orange and blue show some fight for a full 60 minutes?