Alexi Ogando Can Still Miss Bats But Can He Make The Opening Day Roster? 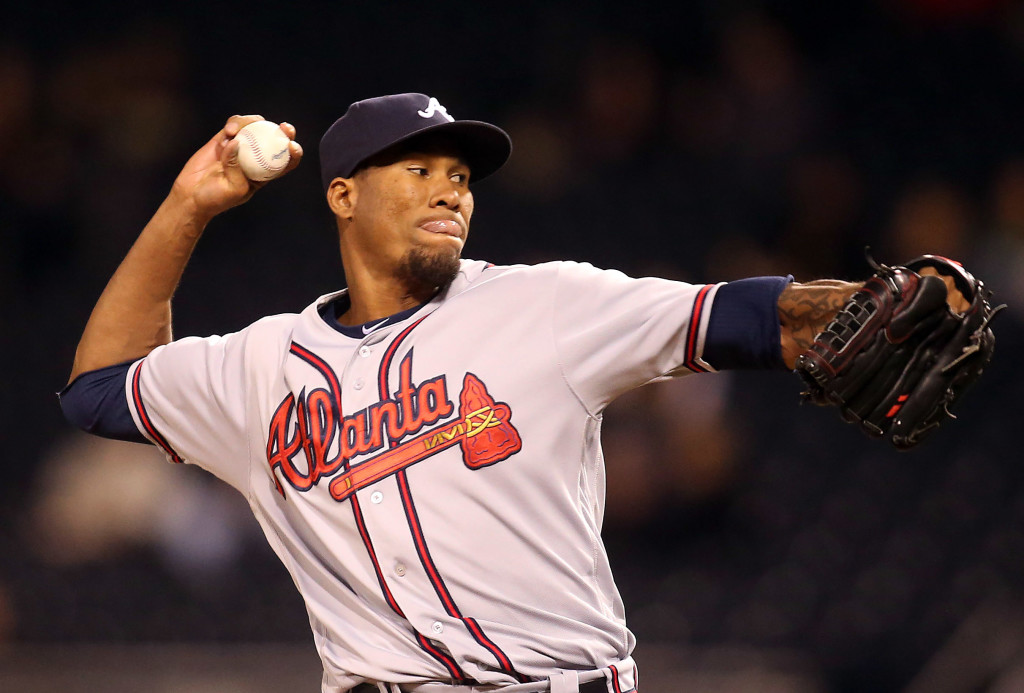 Alexi Ogando Can Still Miss Bats But Can He Make The Opening Day Roster?

Most of the focus in the off-season had been what the Indians didn’t do as opposed to what they did.

Rightfully so as the front office didn’t make a “big splash” in free agency nor did they pull the trigger on a trade for an extra bat or bullpen arm. Chris Antonetti, Mike Chernoff and Terry Francona opted to start spring camp with roughly the same group that left Cleveland disappointed minus a few key contributors.

The front office, for the most part, has done a superb job in acquiring players that have filled the gaps where the roster needed an upgrade. In fact, they’ve been able to  bring in upgrades with very little (if any) risks attached. These acquisitions didn’t produce much fanfare at the time but the faceless names later became key contributors for a team that went on to win the Central Division.

On December 21st, 2017, the Indians announced the signing of 32 year old reliever Alexi Ogando to a minor league contract as a non-roster invitee to spring training. It was met with a collective “meh” from Indians fans – it was the third day of the winter meetings and the wigwam expected a more “flashy” transaction.

To be fair, I didn’t think too much about it when it happened. However, when I dug into his career numbers, I noticed some opportunities where Ogando can be an impact long-reliever for the Tribe in 2018.

First, his career stat line is admirable: He’s a career 33-18 pitcher who’s amassed a 9.8 WAR while striking out 407 batters in 503.1 innings pitched. He’s also earned a 4.03 FIP and has given up 53 homeruns in his seven Major League seasons.

His big-league career began as an international free agent signing by the Oakland Athletics during spring training in 2002. After three relatively obscure seasons as a reliever in Oakland’s farm system, Ogando was left unprotected in the 2005 Rule 5 draft and was drafted by the Texas Rangers where he quickly developed into one the games most exciting pitching prospects- at one point ranked third in the Rangers organization prior to the 2010 season.

In 2010 and 2011, Ogando arguably had the two best seasons of his career –  one season as a reliever and one primarily as a starter. In 210.2 innings pitched, he earned a very good 3.08 ERA compared to a 3.36 FIP. He struck out 7.6 batters per nine innings while walking three. He started 29 games in 2011 and was a member of the American League all star team.

He then bounced around from the Rangers rotation to the bullpen and back a few times primarily because the team suffered through numerous injuries and general manger Jon Daniels placed Ogando where they needed him.

Related or not, Ogando has also suffered his fair share of injuries – most occurring after the 2012 season. In 2013, he was placed on the disabled list three times – all dealing with his pitching arm. While at times effective, Ogando never really regained his all-star form after.

While the results were fine — Ogando has a sub-4.00 ERA in each of the last two years — the rest of the picture isn’t as rosy. With the Red Sox in 2015, Ogando was inordinately home-run prone, coughing up 1.65 homers per nine innings. Though he both reduced the dingers and worked in the zone much more frequently last year, with the Braves, Ogando ended up with a sky-high 6.5 BB/9 walk rate. ERA estimators viewed him as a 4+ to 5+ earned run per nine pitcher over those years.

Ultimately, Ogando was cut loose by Atlanta after 32 innings in 2016, after a particularly rough stretch, despite the fact that the team had invested $2MM in him. He landed with the Diamondbacks on a minor-league deal, but threw poorly at Triple-A and opted out of his deal before he had a chance to make it back to the majors.

To regain confidence in himself, Ogando headed to Korea for the 2017 season and received $1.88 million dollars to play for the Hanwha Eagles. According to the website Mykbostats.com, Ogando started all 19 games he appeared in and earned a 10-5 record. In 110 innings pitched, he did strike out 74 but also walked 30. For a pitcher needing to improve his walk rate, the single season spent in Japan did not bode him any accolades. However, he only gave up eight homeruns in 475 batters faced. That’s an encouraging sign – especially in the homer happy era we live in.

The outlook is bullish for Ogando and the Indians were smart to sign him to a minor league contract. There are some indications that he may be an effective long reliever for the Indians in 2018. Gone are the days when Ogando sat in the 96 mph range with his fastball, though he still works at a robust 94. His swinging-strike rate has still been there, ranging from 11.2% in 2015 to 9.4% in 2016 and 14.2% last season in Korea. His ability to miss bats is an important stat to consider.

Plate discipline stats are very important pitchers because they tell you about a pitcher’s approach  We care a great deal about outcome statistics like BB%, K%, wOBA, etc, but we also want to know some of the underlying factors at play. Is Ogando particularly aggressive? We have a metric that tells you how often he swings at pitches outside the zone, or how often the batter swings in general.

It’s certainly at least theoretically possible that Ogando could return to a starting role at some point in his career, though that’s highly unlikely with the Indians. The club has too much pitching depth for a pitcher trying to reestablish himself in the big-leagues.

The thought process for both Ogando and the Indians has to be as follows: The club needs a long reliever and Ogando needs to prove that he keep batters from leaving the yard at such a high rate and that he can continue to miss bats. The Indians have no obligation guaranteeing him a roster spot and Ogando must be impressive enough in Spring Training to get the notice of Terry Francona and the rest of the front office.