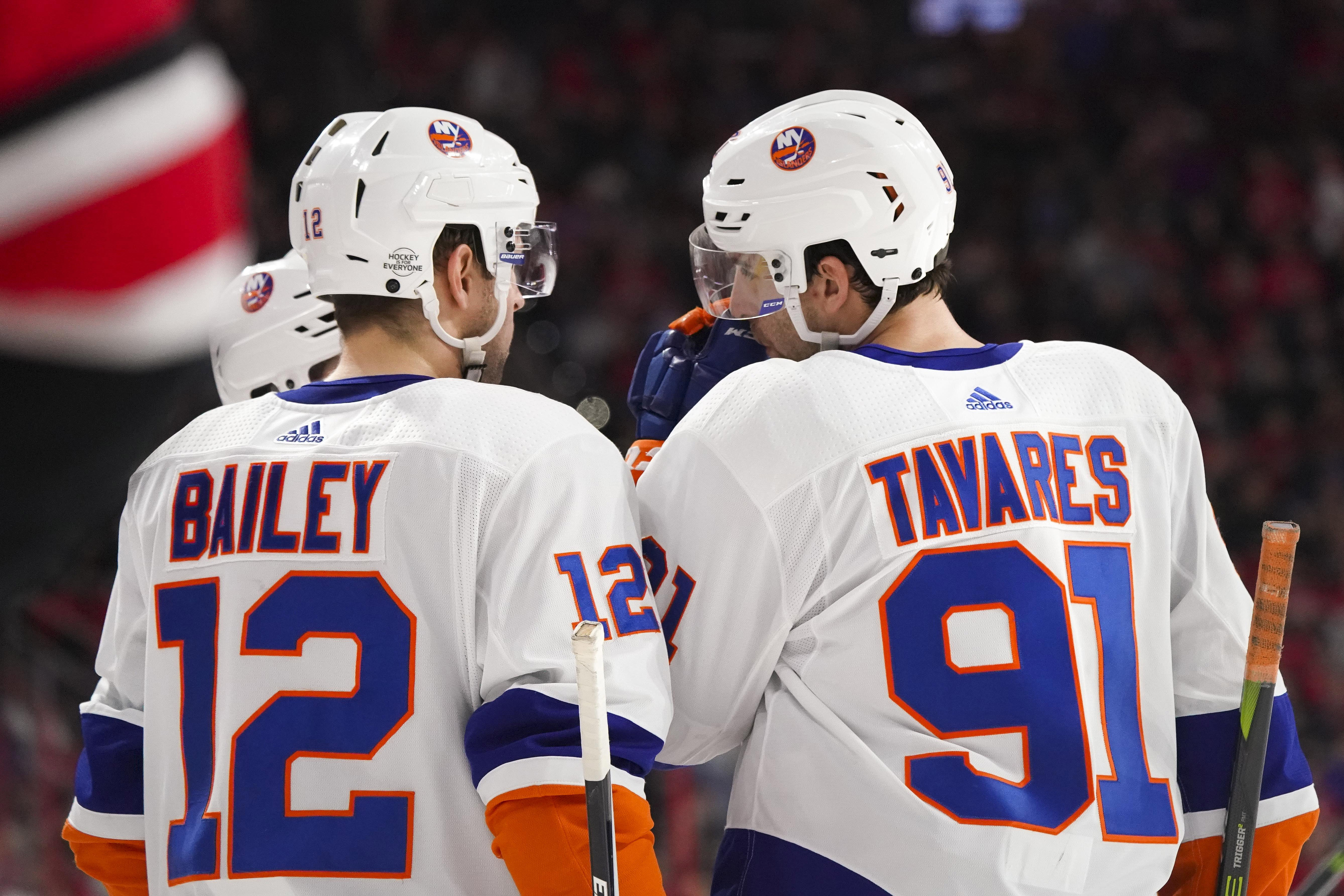 President’s Day, a day that originally celebrates the birthday of the United States’ 1st true President George Washington is now set aside to honor them all.  For some its a day off work or school, but not where I live.  Now before anyone thinks this is a political discussion its not, but rather the reality of understanding winter in a rural area means you don’t want to take many voluntary days off with the weather always a possibility to cut into the school’s schedule even more.  For the record we don’t have a day off for Columbus Day or Martin Luther King Jr. Day either.  Yet apparently in New York City, President’s Day is revered because they must feel lots of people have the day off in order to have an NHL game at Noon on a weekday, and the Islanders have made it an annual tradition to host a game at this unusual time.

American Hockey League clubs sometimes host a ‘Kid’s Day’ where they invite students of nearby Elementary Schools and have a mid-week matinee game and then have educational intermissions and post-game Q&A with the players where they emphasize the importance of working hard and staying in school.  So who knows, maybe there will be tons of Elementary school kids who’s parents have the day off at the game tomorrow in Brooklyn’s Barclay’s Center.  I just hope it isn’t empty seats, because if that’s the case then why host a game at this time of day?

The New York Islanders are a strange club.  Offensively, they’re easily one of the most dangerous teams in the league with an offense that can blitz you with an impressive top six that is young, big, fast and very skilled.  Led by superstar John Tavares, the Islanders top line is probably the 2nd best in the league behind Tampa Bay’s top line.  Josh Bailey has turned into a supreme set up man as has rookie sensation Matt Barzal has anchored their 2nd line and has been piling up 3-point nights like it’s easy.  Edina-native Anders Lee and former Edmonton Oiler Jordan Eberle as well as Tavares have been the finishers to round out the Islanders potent top-six.  As one would expect, New York is pretty dangerous on the power play.  Yet despite all that scoring it is their inability to defend that has made them a bubble team.

Sort of like another blue and orange clad club in the Western Conference, average goaltending and shaky defense has negated what would appear to be a pretty good team.  The penalty kill is the 2nd worst in the league and the 3.5+ goals per game they give up puts a lot of pressure on this team to score so they simply have a chance.  The Islanders certainly seem to miss Travis Hamonic who was dealt to Calgary and injuries have cost them their next best defensive defenseman in Johnny Boychuk.  Former Minnesota Wild first round pick, Nick Leddy has the 2nd worst +/- in the league at -29 and he is arguably the Islanders’ best defenseman right now.  Scott Mayfield and Adam Pelech have decent size and will look to keep Minnesota from the middle of the ice.

Between the pipes, the Islanders keep soldiering on with Jaroslav Halak who ends up seeing more shots per game (36.2) than any other goaltender in the league.  While his 3.17 goals against look ugly, the .912% save percentage suggests its the volume of shots that eventually leads pucks in the back of the net.  Thomas Greiss supplanted Halak last season for a while, but he’s had his own share of struggles so Halak is the Islanders’ workhorse.

It will be interesting to see what the Minnesota Wild do between the pipes, but after a decent start on Saturday I would guess Devan Dubnyk gets the start.  Alex Stalock will probably get at least a start against the New Jersey Devils or the New York Rangers as its a back to back.  Since I mentioned it in regards to the Islanders is shots against.  Minnesota gives up the 10th most (32.4) per game in the league, a good way to help out whoever is between the pipes would be to step in front of some more shots and no doubt this is possibly where the Wild miss Jonas Brodin the most.

Defensively, the Wild shuffled up their defense pairs a bit as Ryan Suter played along side Matt Dumba and Jared Spurgeon worked with Gustav Olofsson who seems to be getting better in each game.  Nick Seeler and Nate Prosser will no doubt be the team’s 3rd pairing.  They will need to be do what they can to keep the Islanders’ big bodied forwards like Lee and Brock Nelson from causing too much havoc near the crease.

Up front the Wild’s hottest hand is clearly Jason Zucker and Eric Staal.  Minnesota needs to keep feeding these two the puck and letting them pull the trigger.  Mikael Granlund was on pace for a while to overtake Staal for the team led in points but his confidence has left him the last 10 games or so.  Charlie Coyle had a small hot streak but he has gone back to being a puck distributor than a trigger man, and the Massachustts-native needs to realize he is at his best when he’s taking his chances to shoot.  Same is true of Nino Niederreiter, who got himself benched for two foolish penalties against Anaheim.  Nino will no doubt be the most motivated to have a good showing against the organization that gave upon him but he must be disciplined or he’ll find himself nailed to the bench.  I’ve kind of given up expecting offense from Zach Parise.  He spends a lot of time waiting for pucks to come to him and I don’t think that normally results in much consistency from a point production stand point.

So what must the Wild do to defeat the Islanders?

We would also like to tell you that we will not have a post-game report of this game since myself and my partner in crime will be working during the game.  What do you think are some keys to the Wild’s game against the Islanders?  Tell us either on Twitter @CreaseAndAssist or in the comment section below!