Greiss heads to IR after suffering lower-body injury on Friday 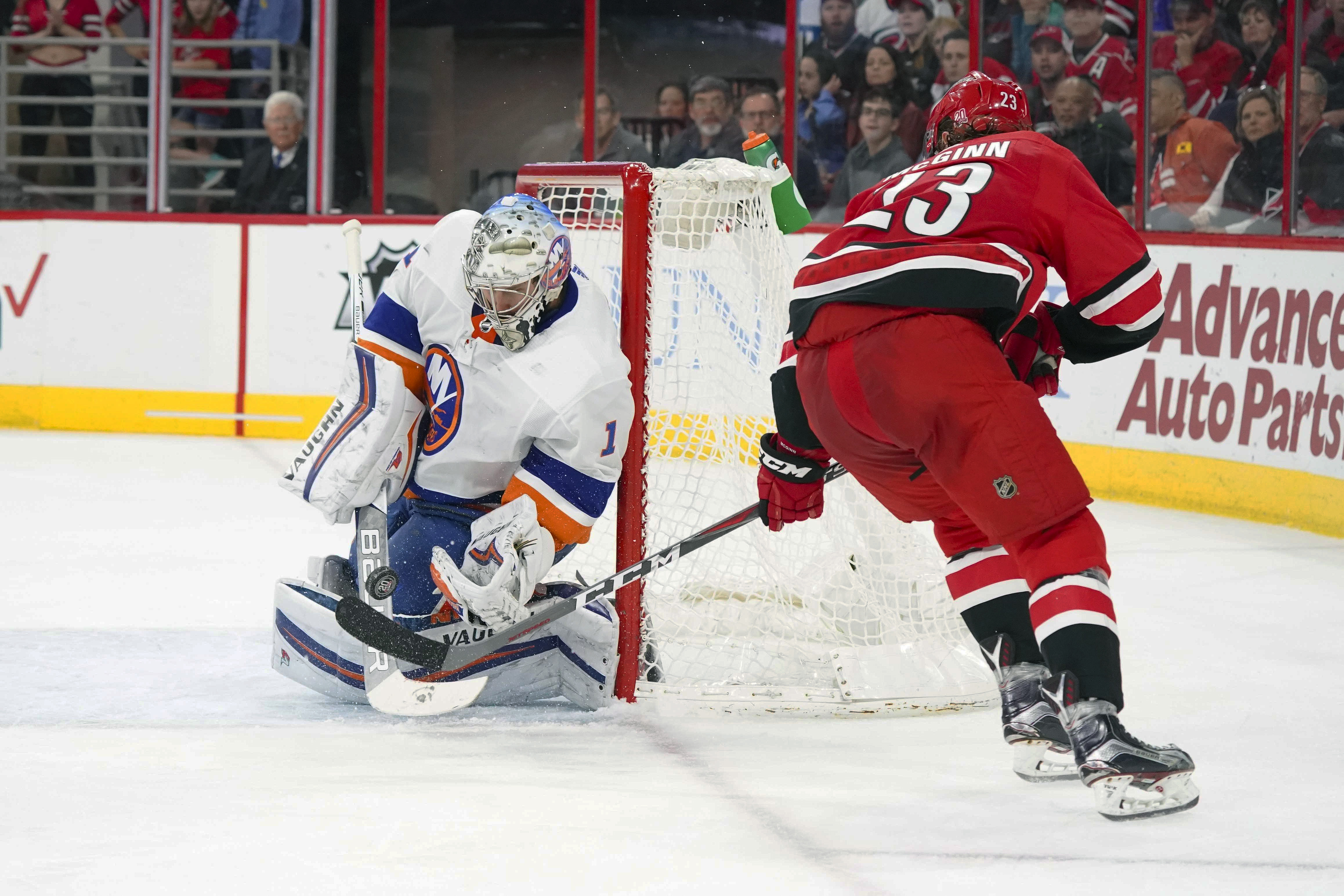 Greiss heads to IR after suffering lower-body injury on Friday

NEW YORK — Doug Weight said he did not know a lot about the injury that Thomas Greiss sustained in Friday’s win over Carolina, but the Islanders coach doesn’t think that the backup goalie will be out an extended period of time.

The Islanders placed Greiss on injured reserve ahead of Monday’s 5-3 loss the Minnesota Wild and called up Christopher Gibson from AHL Bridgeport. The injury to Griess occurred late in the game in the goalie’s best performance of the season, which saw him make 45 saves in his first shutout of the year.

The team is calling the ailment a lower-body injury.

“I don’t suspect it’s going to be a huge amount of time,” Weight said Monday morning at Barclays Center. “Certainly lower-body injuries for goalies are a little tougher to decipher, but he’s on the IR. He played great and hopefully he can take that energy he had, and that feeling, and get back quick.”

Jaroslav Halak Started for slanders on Monday with Gibson backing him up against the Wild. Halak has been seeing a majority of the starts in the previous two months.

Halak was in net on Thursday night when the Islanders recorded their first shutout of the season in a 3-0 win over the New York Rangers. Halak made 50 saves in the winning effort.

“Jaro has been in a bit of a zone,” Weight said. “He’s been a big piece of us being in this fight and feel good about having him in there.”

Gibson played the day before in Bridgeport, making 22 saves in 4-0 shutout win over the Hartford Wolf Pack.

Gibson has appeared in 33 games this season for the Islanders AHL affiliate and holds an 18-11-3 record. He also has a 2.31 goals against average and a .909 save percentage.

“A couple shutouts and we know (Gibson) well,” Weight said. “He’s a real good kid. Well like in the room and works really hard. I think he’s continued to bring his game to a higher level.”