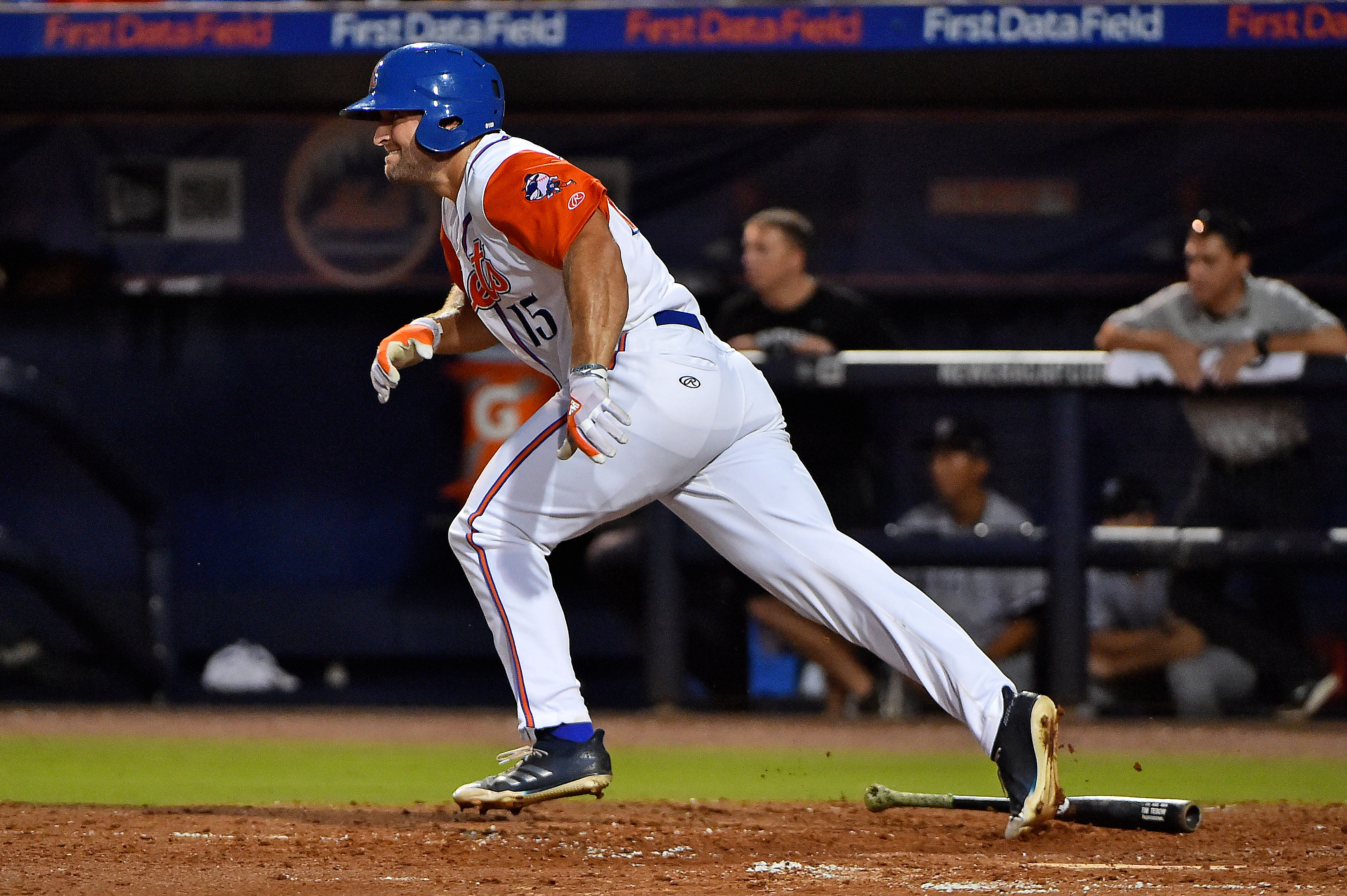 The New York Mets apparently have really high hopes for Tim Tebow. The former NFL quarterback, who hit .226 in A-Ball last season, is in big league camp this spring and could start the season with AA Binghamton if he plays well. Mets’ General Manager Sandy Alderson was asked about Tebow during a press conference to announce the signing of Jason Vargas. Alderson not only said that he thought highly of Tebow, but that he expects him to eventually reach the major leagues, MetsBlog.com reports.

To be fair to Alderson, he did categorize his expectation for Tebow to reach the majors as “modest” after watching him progress through the farm system for a year and a half. Tebow spoke to reporters on Sunday and told them that he wasn’t worried about reaching the big leagues yet, but rather to focus on what was right in front of him. Mets’ manager Mickey Callaway described the situation by saying,

“Tim Tebow is here because he could potentially help us at the major league level at some point. He wouldn’t be here otherwise. He’s going to get playing time. Michael Conforto is out for spring training, obviously, so we have some time, but he’s going to be able to take over out there and do his thing.”

Callaway was, no doubt, toeing the company line but the idea that the Mets are actually expecting Tebow to be a big league contributor at some point is a bit absurd. Tebow hit .226 as a 30 year old in High-A ball last season, which is impressive considering his time away from the sport, but nothing earth shattering. There is nothing wrong with the idea that Tebow is simply in the organization to help the minor league affiliates sell tickets, which worked out well for Columbia and Port St. Lucie last season. Playing Tebow in spring training games is also fine since a lot of those at bats go to random minor leaguers anyway. The idea that this project will end with Tebow as a big league player is a bit of a fantasy unless the goal is, as it has been in the minors, to sell merchandise and tickets.