Wil Myers Has a Tough Adjustment Ahead of Him 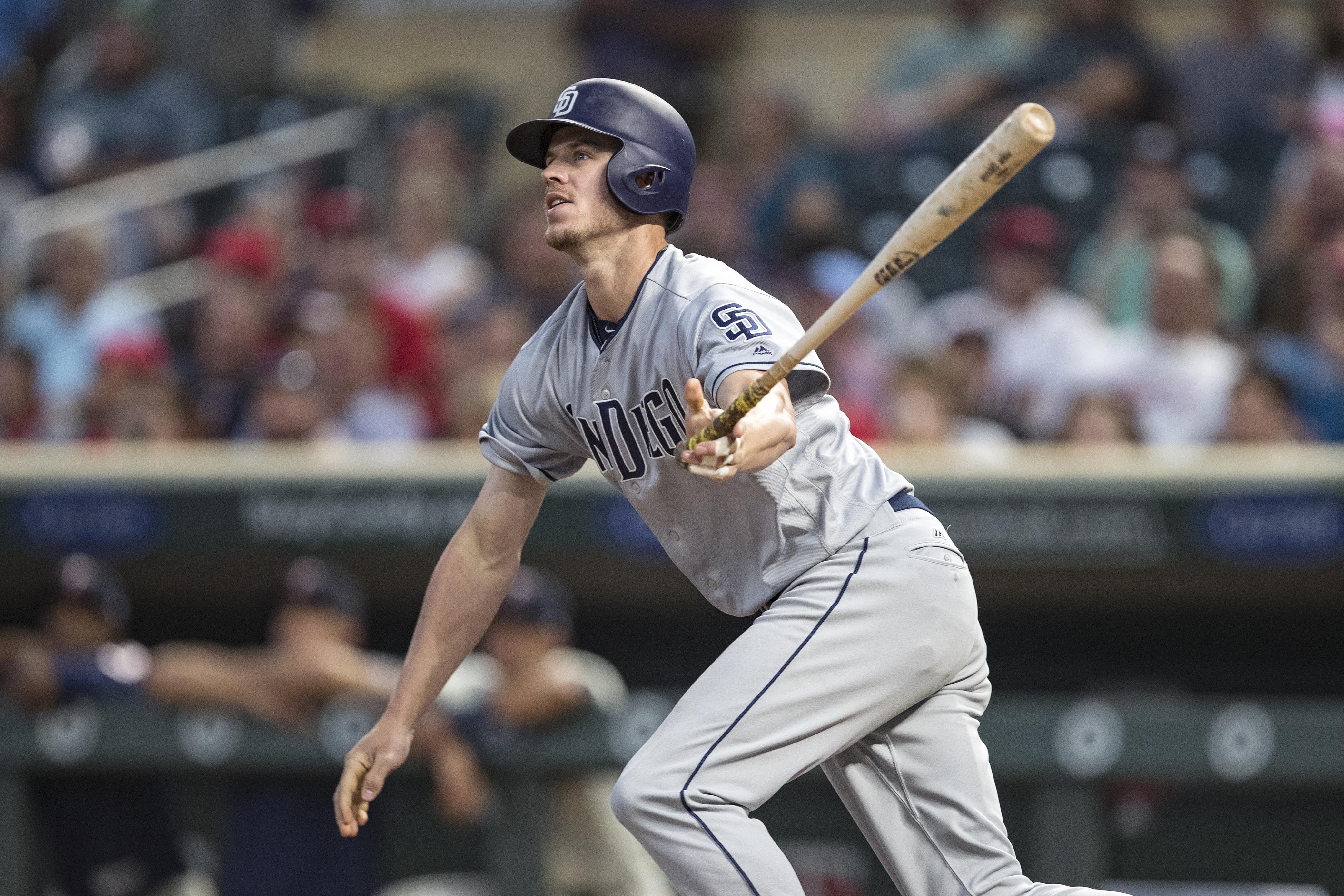 Wil Myers Has a Tough Adjustment Ahead of Him

A marriage between Eric Hosmer and the San Diego Padres seemed weird on a few different levels, but it didn’t stop the organization from striking a deal with the free-agent first baseman to the tune of eight years and $144 million (with an opt-out clause after the fifth year).

This is easily going to be the largest contract San Diego has ever handed out to a player, blowing away the previous franchise record, which was a six-year, $83 million deal they reached with Wil Myers just last winter. And coincidentally enough, that’s not the only thing Hosmer’s arrival will be changing for the 27-year-old.

Myers had been the Padres’ every-day first baseman for the last two seasons, but this big free-agent splash will move him back to the outfield. He’s at least familiar with the position at the game’s highest level, but it’s going to be a tough adjustment for him.

Good But Not Great Offense

After winning American League Rookie of the Year honors as a 22-year-old in 2013, Myers encountered a couple down years — one with the Tampa Bay Rays and one with the Padres. Once he got himself healthy and able to play every day in 2016, though, he enjoyed a breakout season that resulted in 3.9 fWAR and a 20-20 performance (28 home runs and 28 stolen bases).

Despite a 116 wRC+ and .341 wOBA through 676 plate appearances, there were still some things that he had to figure out at the plate, like his second-half swoon or the fact that he disappeared whenever the Padres were away from Petco Park. His 2017 production was more even in these situations, but it was also slightly worse overall.

He did enjoy his first 30-homer campaign and second consecutive 20-20 performance, but his strikeout rate ballooned up to a career-high 27.7%, while his wRC+ (109) and fWAR (0.9) both took noticeable dives.

Myers has certainly shown what he’s capable of at the plate with San Diego over the past two years and has some counting stats to prove it. However, it’s not outrageous to say that he’s still trying to figure out how he can put it all together for one of those elite seasons.

Affiliate Link: Get ready for the 2018 MLB regular season by nabbing some affordable Opening Day tickets from SeatGeek.

Defense Will Be Even Worse

Since making the full-time move over to first base, Myers has saved 9 runs in more than 2,500 innings since the start of 2016, but let’s not also forget why he was moved there in the first place.

In 1,715 innings across all three outfield positions at the big leave level, he’s cost his squad 16 runs while posting an Ultimate Zone Rating (UZR) of -5.5. Of the three spots he’s manned in the outfield grass, right field is where he has the most experience (1,328.1 innings). It’s also where he’s done most of his damage, posting -12 Defensive Runs Saved (DRS) and a -1.0 UZR.

Guess where Myers is now penciled in to play with Hosmer in the fold? Right field, according to Roster Resource.

The pitching staff will almost certainly change as San Diego gets closer to contending — which they apparently think isn’t too far away. However, the two constants throughout the process will be the only guys they currently have under long-term contracts: Hosmer and Myers. And in order to sign one, they’re potentially making it a lot harder for the other one to be valuable to them.

A Much Different Situation

Myers’ overall defensive rating has progressively gotten worse (-4.4 in ’16 and -19.3 in ’17), but him being at least somewhat serviceable at first base allowed his slightly above-average offense to make up the difference. Unless his outfield defense improves by leaps and bounds this time around, he’ll now have to be that much better at the plate.

Which is going to be hard, and not just because hitting big league pitching is difficult.

Playing first base likely helped Myers stay fresh and healthy, which is evidenced by him playing 150-plus games in consecutive years. Moving back to the outfield means a lot more running around on a nightly basis, and that fatigue could impact his offensive performance.

Will he still be a threat to steal 20-plus bases like he has in recent seasons? That remains to be seen since he wasn’t that kind of player before the initial position switch.

Acquiring Hosmer was done with the big picture in mind, as the hope is for him to lead the way towards the next run of competitive Padres teams. Myers is probably viewed as a crucial piece to that puzzle, but his journey toward putting everything together on the field just got a little bit harder because of this signing.