Justin Upton vs. JD Martinez and the 100m+ deal 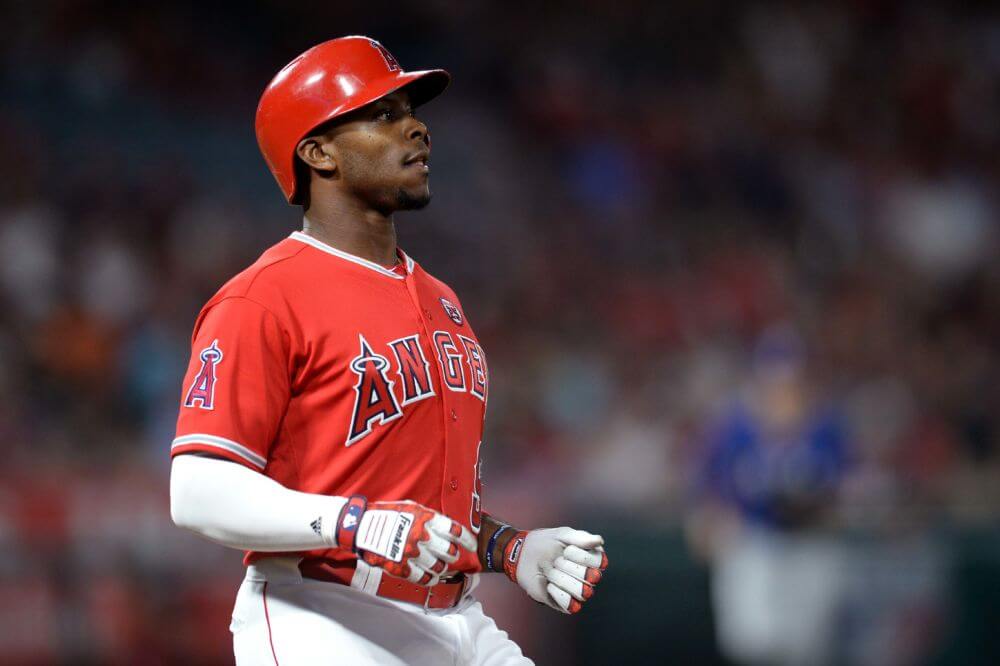 Justin Upton vs. JD Martinez and the 100m+ deal

In the wake of the JD Martinez deal, and it’s proximity to our deal with Justin Upton, I though it would interesting to take a look at other nine figure contracts for similar players and how they turned out.

First, lets do a quick comparison of the two players.

Upton is the more complete player and certainly a better fit for the Halos. He’s one of those guys who is streaky during the season yet at the end of the year he ends up about where you’d expect an All-star player to be. About 3.5 WAR per season and 17th overall for the last 9 years. He’s a solid defender. Defensive metrics like him better the last couple years. Particularly in LF. Eye test from the small sample in ANA last year was pretty bad, but he’s better than that and will be capable of holding his own out there for at least 3-4 more years. He’s entering his age 30 season but will be 31 in Aug. JUp will swipe about 15 bags for you as well and he’s a very good if not excellent base runner.

JDM is a one dimensional player but that one dimension is pretty damn good. So good that he’s been able to overcome horrible defense and still be a premier middle of the lineup bat. And he’s a poor base runner to boot. He’s also had his issues staying healthy. But that 149 ops+ over the last 4 years is pretty gaudy. Also entering his age 30 season but 31 in Aug as well.

So which of these guys is likely to be worth the money they’re to be paid? Or will either of them be worth it. Trying to find comps in the 100m+ range is actually tough when you subtract out pitchers, roid users, CFers, SS, 2b and 3b. So I included a few guys who got 90mil as well.

So what’s worth it? By the numbers, I’m of the mind that about 8mil per WAR is fair. That would mean each guys has to put up around 13.5 WAR or 2.7 WAR per season. While most free agents cost a bit more than that, I tend to put a bit of a production premium on these high value players.

Hunter Pence – started his 5/90 deal at age 31 and has one year to go. 6.9 bWAR so far. Avg’d less than 110 games per season. That’s 1.7 WAR per year. While staying healthy is a big part of maintaining value, if he were, prorated, his avg would be about 2.8 WAR per year. So not a complete bust but mostly because he can’t stay on the field

Yoenis Cespedes – only starting his 2nd year of a 4/110 contract. 2.1 WAR in his age 31yo season. Gonna have a tough time making his value.

Carlos Beltran – started his 7/119 deal at age 28 putting up 11.2 WAR in the first two years. Yet 21.2 in the next 5 or a avg WAR of over 4. Carlos was a better player than Upton to this point in either of their careers so the expectations were a bit different. But that was a nice contract.

Josh Hamilton – it’s hard to include him as a comp to Upton as he was all over the place with his production and started his deal at age 32. I just wanted to tweak y’all a bit.

Vernon Wells – another tweak. Started his 7/126 at age 29 and probably isn’t a great comp because a huge chunk of his value came as a very good defensive CFer right up until he signed the deal.

Carl Crawford – not a good comp imo but included him because he’s a corner OFer. Crawford parlayed his speed into 7/142. 3.4 total WAR over 6 years. Yuck.

So a couple of stinkers but the guys that I think most closely resemble him actually held their own in Pence, Holiday, and Beltran (if you choose to include him). The red flags on Joshy, Wells, Braun and Crawford were pretty obvious and important to bring up because I don’t see any quite so severe as it pertains to Upton.

You’ll notice that there are a few 1bmen here. I chose to include them because JDM is bat only and basically a DH. A bunch of the 1st base guys fit into that category as well even though they started out at a different position.

Shin-Soo Choo – was gonna include him in the Upton comps but after running the numbers, realized he’s probably better suited to be compared to JDM. Poor defending corner OF. Started his 7/130 at age 31. 4.9 WAR in the first four years. Not so good.

Matt Kemp – 8/160. probably not a fair comp. Just thought I throw it out there as an obvious red flag example.

Adrian Gonzalez – 7/154 started at age 30. Also not the best comp as he was a very good 1b defender early in the deal but they are similar in that Gonzalez was a premier offensive bat. The ages match up well too. 17.4 WAR for the first 5 years of the deal with no negative value from defense. So worth the money the first 5 years. Now? not so much.

A couple of things to glean from above. One, guys that play decent defense have a much better chance to recoup value. Two, it’s tough to recoup value when you can’t stay on the field. Injury history is important. Three, bat first first basemen rarely live up to their contract regardless of whether they play decent defense. As you know, I didn’t even include a few that clearly aren’t going to or didn’t (Albert, Miggy, Fielder, Tex, even Mauer and Votto are unlikely). Four, anything longer than 5 years is just automatic dead money on books.

At the end of the day, both Upton and JDM have a decent chance of being worth what they are paid. I think Upton has the edge but we’ll see.