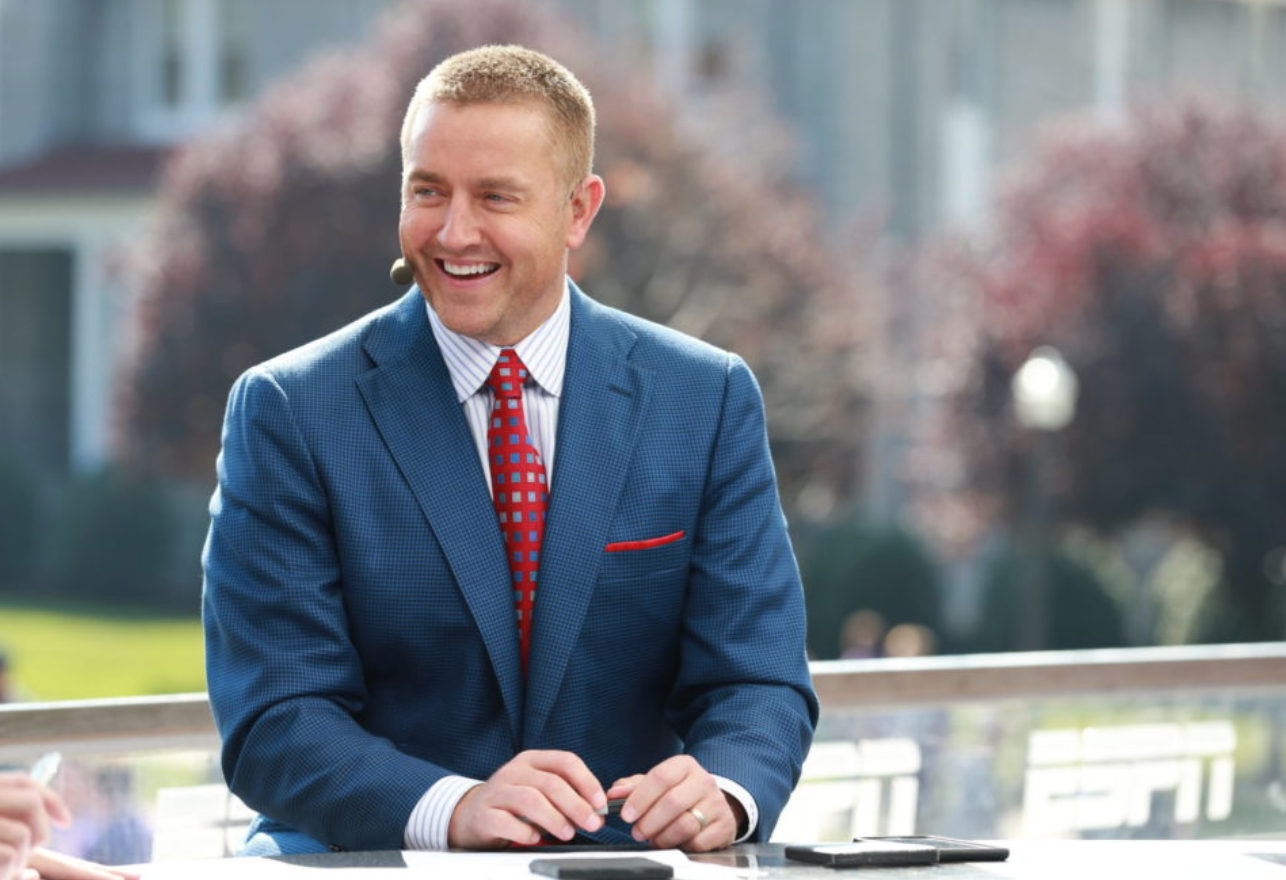 It’s no secret that Kirk Herbstreit has plenty of love for Ohio football.

Herbie was born in Centerville, OH., and also went to high school in the area. From there, he attended Ohio State University, where he played football, so his ties to the area are strong.

A fan recently took note of that, and ripped him for being a “homer” toward his school, regarding comments he made about the Buckeyes basketball program.

Herbstreit defended himself by saying he’s objective when breaking down the college football landscape.

I’m a proud alum and to be clear I am a fan like you and anyone else. And yes I’m 1000% homer for my school. Just happen to be able to be objective to a fault when evaluating CFB. Get over it!! #OldNews https://t.co/nn7e6AApIC

It is a bit coincidental that Herbie never really has anything negative to say about Ohio State, but the Buckeyes have enjoyed a lot of success in the Urban Meyer era.