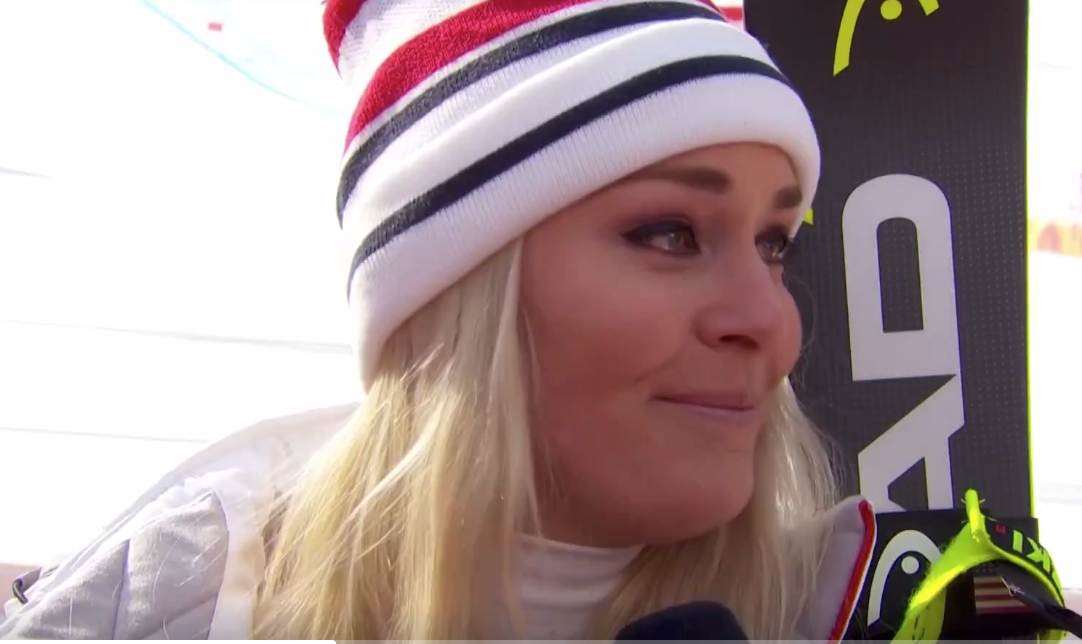 Lindsey Vonn capped her Olympic career the same way she started it on Wednesday — by winning a piece of silverware.

Vonn earned the bronze medal in the women’s downhill, an event she’s dominated over the years. She was on track to win the silver, until Norway’s Ragnhild Mowinckel surpassed her late in the competition.

It was arguably the 33-year-old’s final Olympic event of her career, and that all appeared to sink in during a post-race interview, when she broke down and got emotional. A few tears were shed as well.

Vonn opened up about how she has been competing in the memory of her late grandfather, who died last fall. His initials are inscribed in her helmet.

“It’s been really hard for me not to get emotional for so many reasons, especially because of my grandfather,” she said. “I wanted to win so much because of him. But I still think I made him proud. Our family never gives up and I never gave up. I kept working hard. I’m really proud of this medal and I know he is too.”

In an emotional post-race interview, @lindseyvonn says that this was her last Olympic downhill and she hopes she made her late grandfather proud. #WinterOlympics https://t.co/YtEpNzDMDu pic.twitter.com/vWhKp5NSGA

Vonn’s legacy at the Games will always be remembered — what a career.