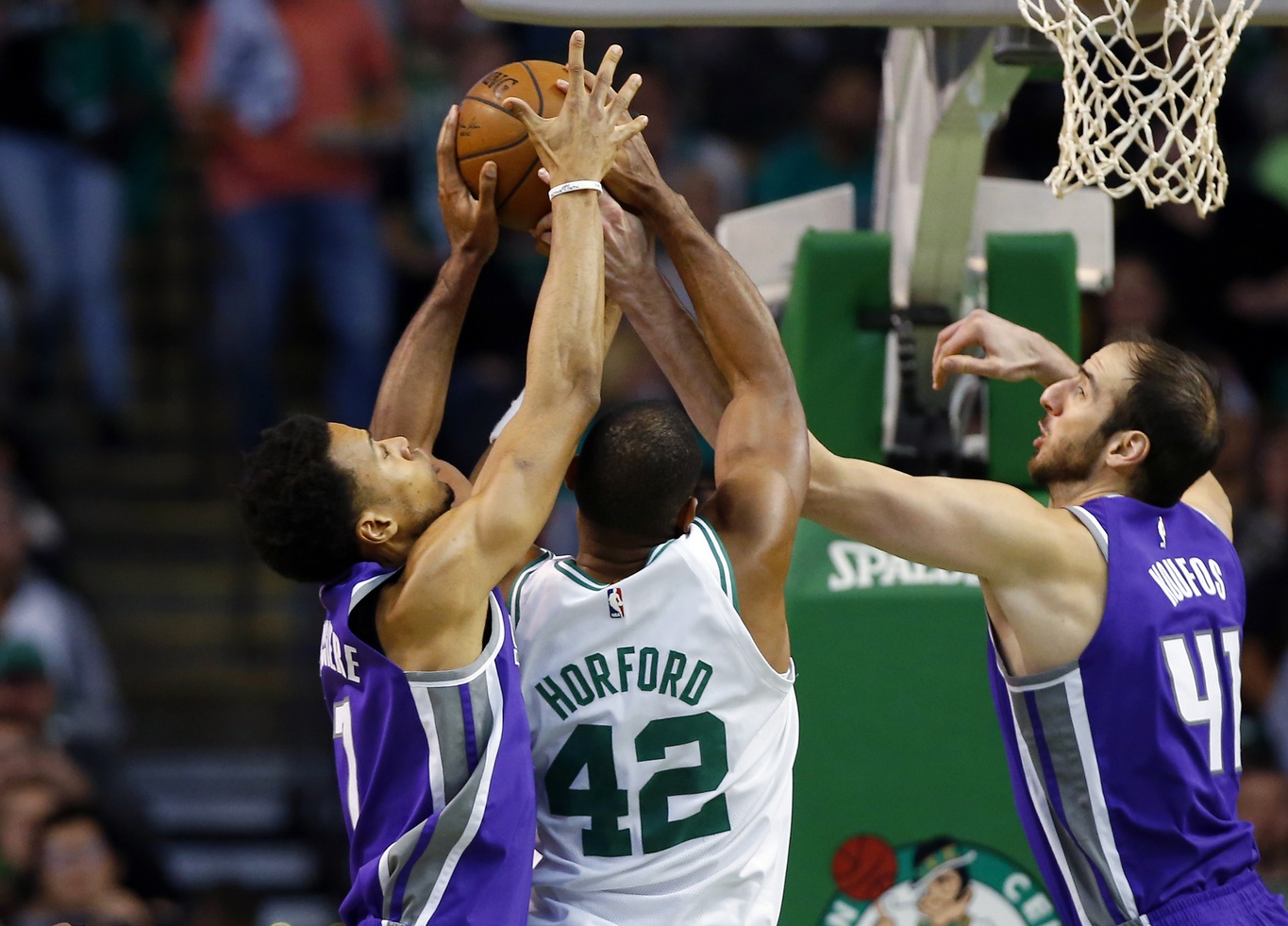 I’ll be honest, I’m a bit surprised to see the Celtics – a team ranked middle of the pack in rebounds per game and rebounding percentage – ranked high in box-outs.

Despite leading the league in defensive rating (100.9), the Celtics rank top 10 in just four of the ten hustle categories: charges drawn, charges drawn per game, contested twos, and contest twos per game.

As the Celtics’ best player and the only one with NBA championship jewelry, he can do as he damn well pleases. Instead, Irving draws from the guidance that can be provided by others — Al Horford’s calmness, Marcus Smart’s fire, etc. — and strikes an inclusive tone.

And the Celts will need all of that and more as they reconvene from the All-Star break and try to steer out of a 6-9 skid.

“I think inclusive is a good word,” said coach Brad Stevens. “I think that he has come in and tried to fit in with everybody, treat everybody really well. And he hasn’t tried to be a dominant voice. He’s just tried to be a really good teammate who soars with his strengths, and I’ve always thought that that’s the best way to not only lead but also gain the trust of others.

“And he’s done it in a great way. He’s been very consistent with it. He’s let the coaches coach, and he’s let everybody else do what they do best.”

There’s a sharp contrast in the leadership styles of Kyrie and Isaiah Thomas who never hesitated to call out teammates or coaches. I remain all in on Irving who, by the way, is shooting a career best 48.6% from the field.

And finally, TV ratings are through the roof.

The league’s best story is in Boston where Celtics games on NBC Sports Boston, which already had big ratings, have showed the biggest percentage increase of all teams so far this year. The Celtics, which are in second place in the Eastern Conference, have seen an 82 percent lift on their games.

I guess the pink hats have gravitated back to the Celtics.