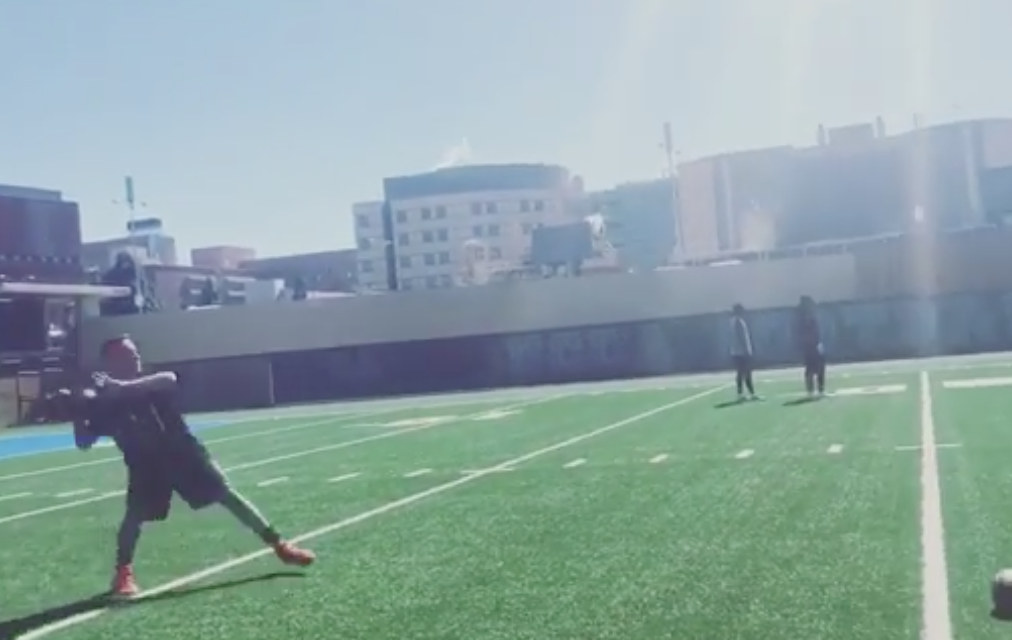 It’s officially “Comeback SZN,” and former NFL quarterback Johnny Manziel has been attempting to show teams that he’s been working out.

Manziel looks bigger — certainly moreso than when he was spotted at a pool party in Las Vegas in March 2016 — and it appears he’s been building up his arm strength, judging by a video he recently posted of him working out on the field.

In the workout video, Manziel dropped back to pass and then uncorked a bomb  — which sailed roughly 80 yards — to a receiver who ran a go route toward the end zone.