Sixers need to finally silence the noise around Markelle Fultz 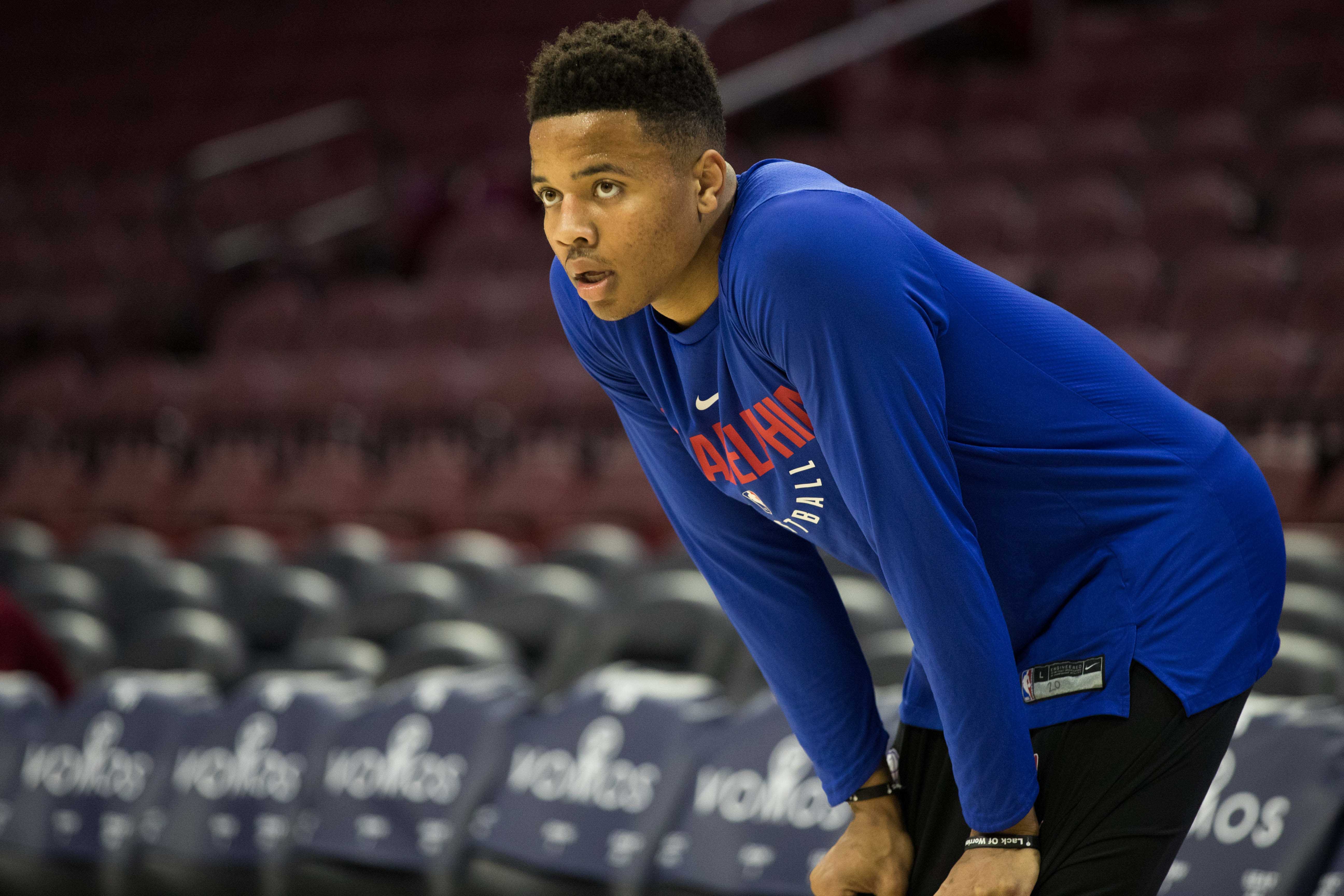 Sixers need to finally silence the noise around Markelle Fultz

In the words and voice of one of my favorite video games (Street Fighter II):

The second half of the 2017-2018 Philadelphia 76ers season tips off tonight in Chicago. After a successful first half (30-25, 7th in the Eastern Conference), the Sixers are gearing up for a playoff push.

Joel Embiid is an all-star. Who he took to the All-Star Game for his date remains a mystery unless I do some serious internet research that I care not to do. The Sixers as a team have one of the easiest remaining schedules in the league — something that was brought up in a previous column lending the possibility of a serious run.

Ben Simmons has put up numbers to be the 2017-2018 Rookie of the Year. So far, Simmons scores 16.4 points per game — even if he allegedly shoots with the wrong hand (*waves to Kevin O’Connor at The Ringer*), gets 7.8 rebounds per game, and dishes out 7.3 assists per game. He’s also better than anyone thought he’d be defensively (3.5 defensive win shares, 3.4 defensive box plus-minus).

(I mean no disrespect Utah Jazz fans. I like Donovan Mitchell. I liked him coming out of the University of Louisville, but Simmons is the Rookie of the Year. Let’s calm down.)

As fun and exciting as this season has been, there is one topic that always gets asked about both to me and anyone else that is a Sixers fan:

“What’s really up with Markelle Fultz?”

My most educated guess on this topic is that I don’t have the slightest idea — mainly because something like what has transpired with Fultz is unprecedented.

For those who have been under a rock since last July, here’s a brief timeline:

Fultz continues to practice with the team, but he hasn’t played in a regular season game since being ruled out indefinitely. Before the All-Star Break, Sixers General Manager Bryan Colangelo said in a press conference that Fultz’s shooting range was “inside the paint” and no further.

This news was disappointing to hear considering a video of Fultz draining a full court shot over his head backwards surfaced prior to Colangelo’s comments. Last week, Zack Rosenblatt of NJ.com posted this video to YouTube showing Fultz shooting pull-up “jimbos” (jump shots) from outside the painted area.

With the second half of the season starting tonight, the question remains: what now?

There are really only two ways to go about this. One way is the clear right way, and the other is the absolute wrong way.

The wrong way to go about this is throw Fultz in right now for the second half. I cannot stress enough how much of a bad idea this is. Conventional wisdom suggests that you let a shooter like Fultz shoot his way out of a funk.

I wish I had a more intelligent way to say this, but that idea is completely stupid. The worst thing you can do to a player like Fultz who may have confidence issues is to put him in a situation where his confidence is rattled even further.

The Sixers are in the middle of a playoff race, so throwing Fultz in that situation when he may not be mentally ready is a disaster waiting to happen. Don’t do that.

Note how I said “mentally ready”. Physically, I believe Fultz is fine. Sixers team doctors can feel free to forward me any information to the contrary, but if you have the strength to heave a full court shot over your shoulder, it makes one believe that whatever was wrong with the shoulder might be at least 80-90% healed. You don’t do something like that with a bad shoulder.

Fultz may just have the yips. There’s nothing wrong with that, and that’s something that can easily be fixed. Don’t think, just play. Play on the NBA court the same way you would play on an outdoor court when you were a teenager — or a younger teenager in Fultz’s case. (He is 19, after all.)

If that is the case and Fultz has the yips, putting him in a scenario with an NBA team fighting for playoff positioning is crazy. Granted, I could be completely wrong. The Sixers could throw Fultz in now, and Fultz is extra spectacular. If that happens, I’ll gladly eat crow.

In my mind, there’s only one way to go forward with this. Shut him down. The Sixers should just come out and say he’s not going to play this season. It’s definitely going to suck, and you’re going to take a public relations hit. Is that hit going to be better or worse than the hits and haymakers you’ve been taking since October, though?

Let Fultz progress and get ready at his own pace without the pressure of playing with a playoff team. The Sixers signed Marco Belinelli before the All-Star break, so the team will be fine for the rest of the year.

This year was never about competing for a championship. It was about (maybe) competing for a playoff spot — which they are. The long view is important, and a confident Fultz is necessary for that long view.

Granted, there is a “Rick and Morty”-like alternate universe where Fultz never figures it out and he becomes a horrible, terrible bust. There’s also the possibility a universe exists where Fultz puts it back together, and he becomes the James Harden clone that he was projected to be.

Fultz is neither of those things yet, so why not announce he won’t play this season? It hurts no one.

While you’re shutting him down, here is an idea that I heard on a recent “Rights to Ricky Sanchez” podcast — hosted by Spike Eskin and Michael Levin of Liberty Ballers.

When Fultz is doing shooting drills and having private sessions with shooting coaches, shield him from the press. The last thing Fultz or the Sixers need is to have to explain why Fultz looks a certain way after a 20-30 second video.

Leave the kid be. Fultz is still a 19-year old kid with great potential. There’s no need to record and document every second of his shooting motion (however good or bad it looks). Fellow guard, J.J. Redick called the media’s coverage of Fultz’s shooting drills “obsessive”, and at this point, I agree with him.

“I, Adio Royster, columnist at Total Sports Live hereby no longer give a rat’s behind about Markelle Fultz shooting drills. Post them if you absolutely feel you need to because you’re desperate for clicks and website traffic, but you won’t get those from me.”

Leave the kid alone, and let him work on his craft that he’s been preparing for all his life. Regardless of the situation, now, we have to finally put things in perspective that Markelle Fultz is a 19-year old kid who is having a rough go of things at his first job.

We’ve all been there, and many of us work our way out in one way or another. Sixers fans everywhere are pulling for you, Markelle.

You do you, and we’ll be here when you’re ready.