Knicks ready to concede season, but youth has other plans in win over Magic 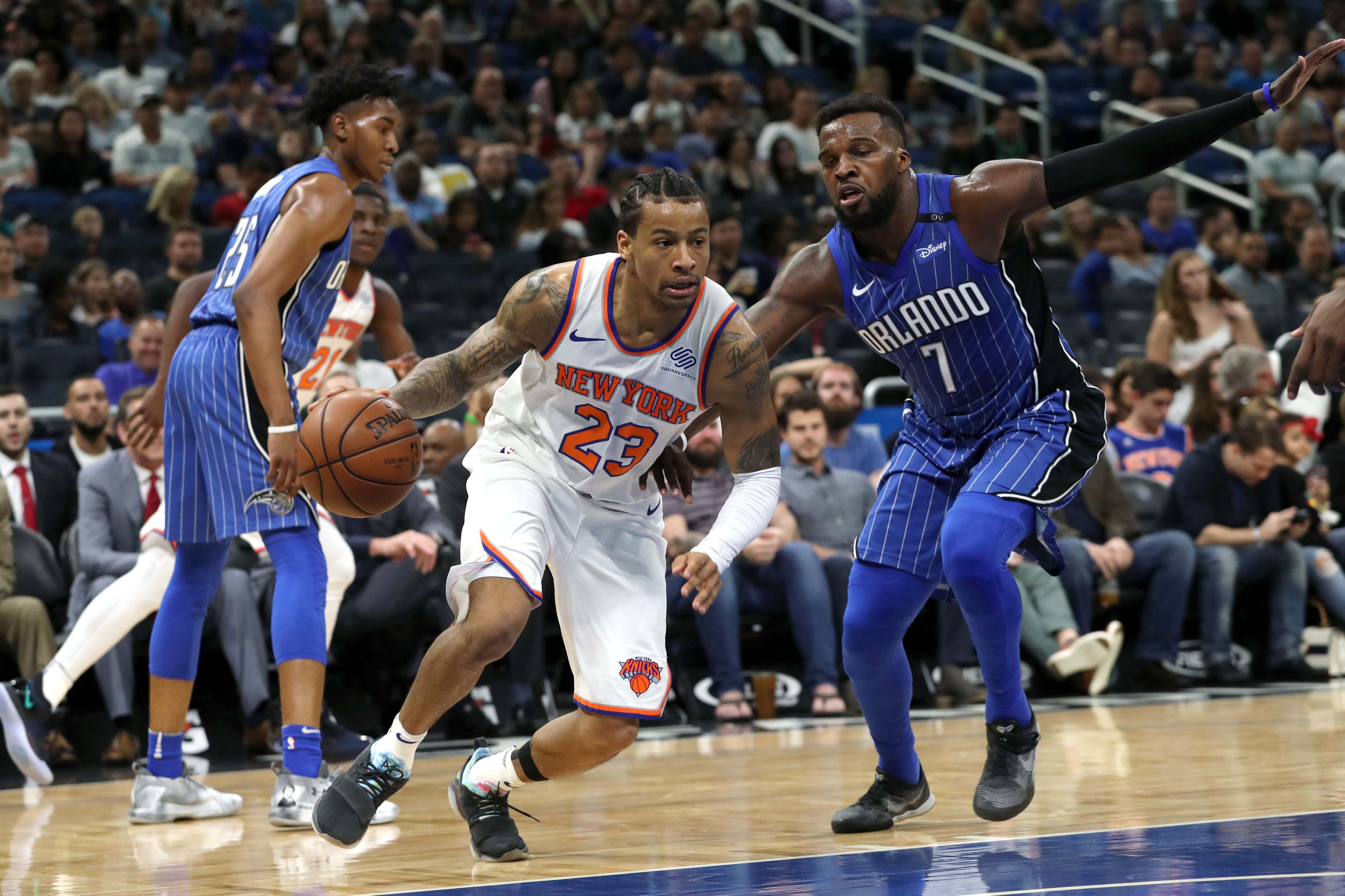 Knicks ready to concede season, but youth has other plans in win over Magic

The Knicks went into the NBA All-Star break on an eight game losing streak and their already bleak playoff hopes looking more like a fantasy than reality. This required a shift in focus, one that head coach Jeff Hornacek implemented immediately on Thursday as New York took on the Magic. The Knicks are set to embrace and lean on their young talent, with the goal of developing such players for better future results.

With that in mind, Jarrett Jack was removed from the rotation completely. Enes Kanter played just 21 minutes and Courtney Lee only logged 14. The veterans are likely to be phased out even more as the season rolls on. By giving their youngsters a look, New York has to be willing to sacrifice winning games moving forward. Such a changing of the guard would appear sensible: if this team is truly planning for the future, that should include doing all they can to obtain a better draft pick in June.

Everything mentioned above makes sense, but there was one problem on Thursday night. New York defeated Orlando in thrilling comeback fashion, with amplified defensive intensity leading the way down the stretch. Oh, the irony.

The Knicks came back from a double digit deficit (and allowing just under 70 points in the first half alone) to a secure an 120-113 win. Trey Burke took over in the late goings, leading his team with 26 points and 6 assists. For the former G League star, his confidence level was high and he certainly wasn’t afraid to let the shots fly. He drove to the basket when the Magic defense allowed, but if the lane wasn’t available to him, he simply took shots from around the perimeter. The offense ran through him, which allowed Frank Ntilikina to focus on finding his spots off the ball while playing solid defense. Matching Burke’s 30 minutes, the 19 year old added a quiet 7 points, but also came up with two blocks and a steal.

Tim Hardaway Jr. added 23 points, all the while looking as though the long break did him some good. Though Emmanuel Mudiay started and the Knicks struggled early, offense was never their problem. In his first appearance as New York’s starting floor general, Mudiay looked to be developing promising chemistry with his teammates and added 8 points, 5 rebounds, and 4 assists in the win. Rookies Damyean Dotson and Luke Kornet were given early reserves minutes. Recent signee Troy Williams added 4 points in his orange and blue debut.

It was indeed true that New York turned to its youth, but the prospects proved to have plenty of hunger and a victory came out as a result. Even if development is the priority, Coach Hornacek may want to keep his veterans involved so that they can look to set a leading example on the court. Lance Thomas lived his brand as a role model employee, never giving up defensively through 25 minutes and his teammates followed suit.

Needless to say, the front office may be willing to give up on the season, but it wouldn’t be the worst thing in the world if the youngsters resisted such a trend if they all make improvements in the process.