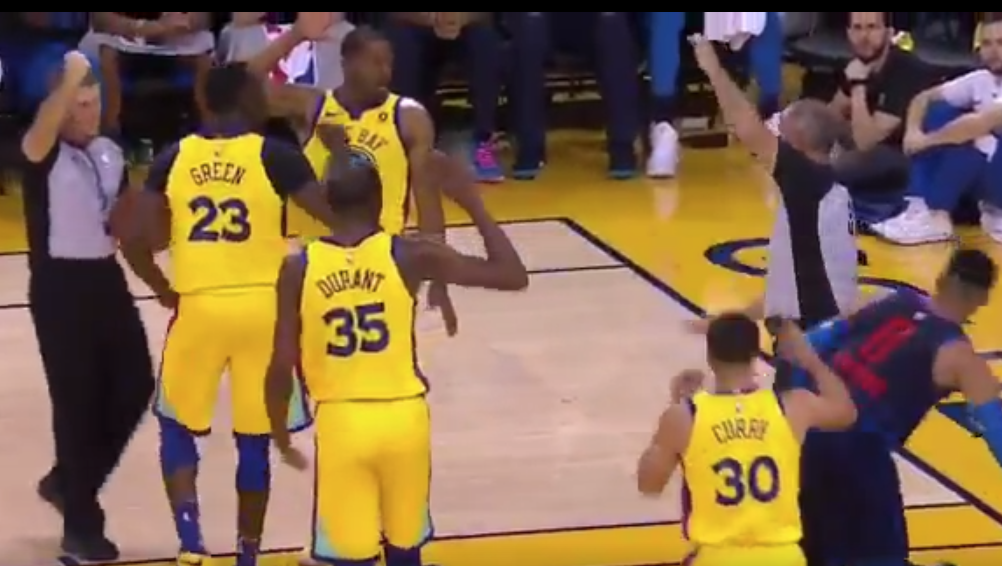 Draymond Green sometimes gets whistled for fouls based on his reputation, which we saw during Saturday’s game against the Thunder.

Green fouled Jerami Grant on a dunk attempt, and he then pumped his fist in an attempt to fire up the fans at Oracle Arena. An official then apparently believed that was worthy of a technical foul, which seemed a bit ridiculous.

Check out Russell Westbrook, though. Westbrook came flying in out of nowhere to alert the official of Green’s outburst, as if he wasn’t already aware.

The official really did seem to be affected by Westbrook’s complaint, as he issued the technical immediately afterward.