Islanders Pregame: Isles have date with the Devil(s) 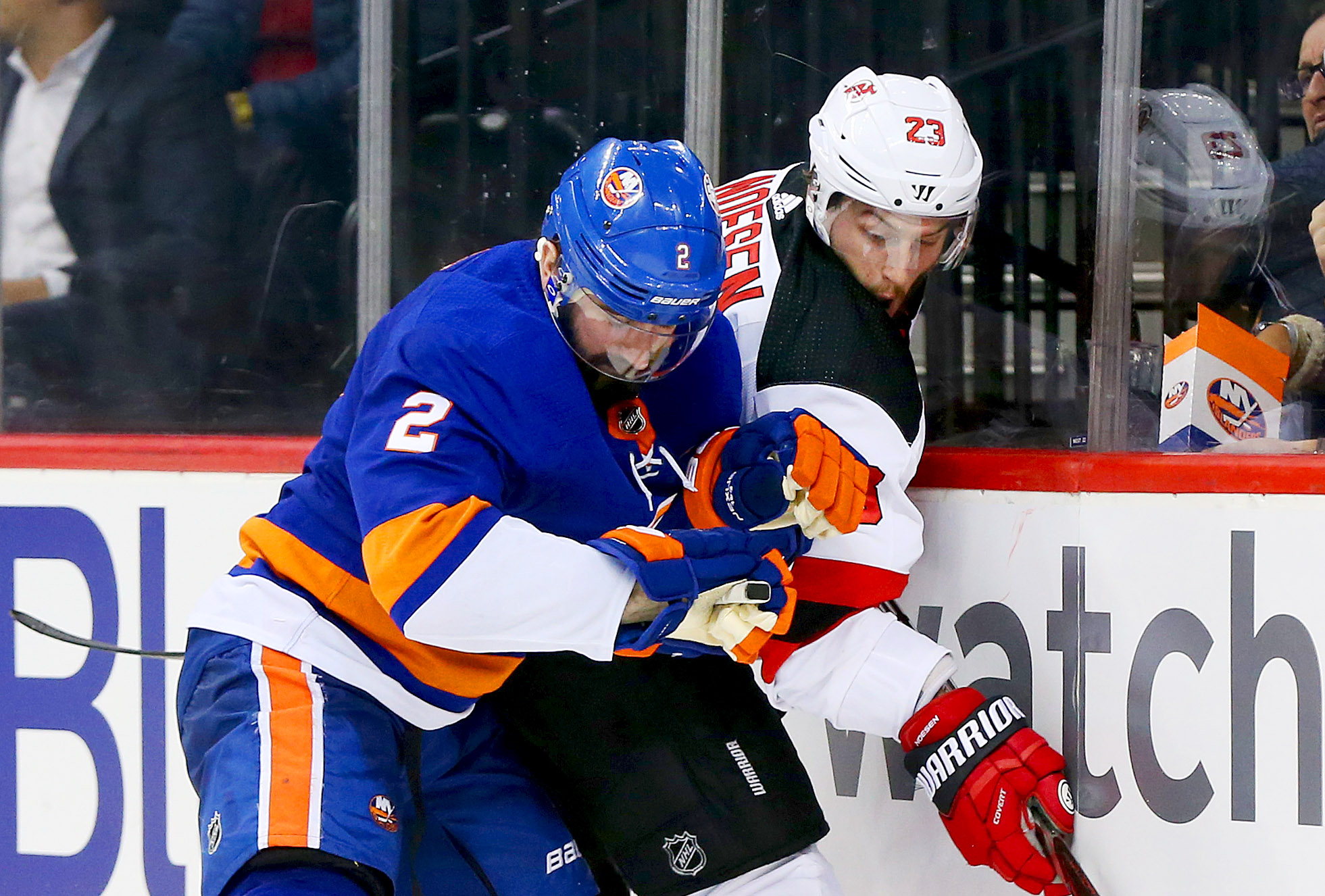 Islanders Pregame: Isles have date with the Devil(s)

The Least You Should Know About the Devils… Forward Taylor Hall enters tonight’s game on a career-high 13 game point streak. Hall has 17 points (nine goals, eight assists) in that span and the streak is the longest by a Devil since Ilya Kovalchuk recorded 14 points in a 12 game span during the 2010-11 season… Rookie Nico Hischier was named the NHL’s first star of the week earlier this week. In four games during the week of February 12, Hischier scored four goals and three assists for seven points… The Devils acquired forward Michael Grabner on Thursday night from the New York Rangers. The deal was the first ever trade between the Metropolitan Division rivals.

The Islanders will be looking to bounce back after a disappointing night in Toronto on Thursday. The Islanders picked up one point in a shootout loss to the Maple Leafs, but let an important second point and a chance to move back into a playoff spot slip away in the process.

New York will get another opportunity tonight in New Jersey when they face the Devils at the Prudential Center. The Islanders are tied with the Columbus Blue Jackets at 65 points, but sit just outside a playoff spot because Columbus has a game in hand.

A win and a Blue Jackets loss tonight would put the Islanders back into the final wild card spot in the Eastern Conference.

Tonight’s meeting is the third of four between the Islanders and the Devils after the two sides played two games in Brooklyn. The Islanders are 1-1-0 against New Jersey, defeating them 4-3 in a shootout on January 7 and then falling 4-1 in the rematch on January 16.

It will be an eventful night in Newark, with the Devils retiring Patrik Elias’ jersey before the game. The pregame ceremony will begin at 6:15 p.m. and pushes puck drop to 8 p.m. The ceremony is the second time that the Devils have honored Elias before a game against the Islanders

Last season, Elias took part in warmups and a pregame ceremony ahead of a game against the Islanders in April in what the team had dubbed “Patty’s Last Lap.”

The Islanders will try to spoil the celebration with Jaroslav Halak in net tonight. They will also field the same lineup they had in Toronto on Thursday.