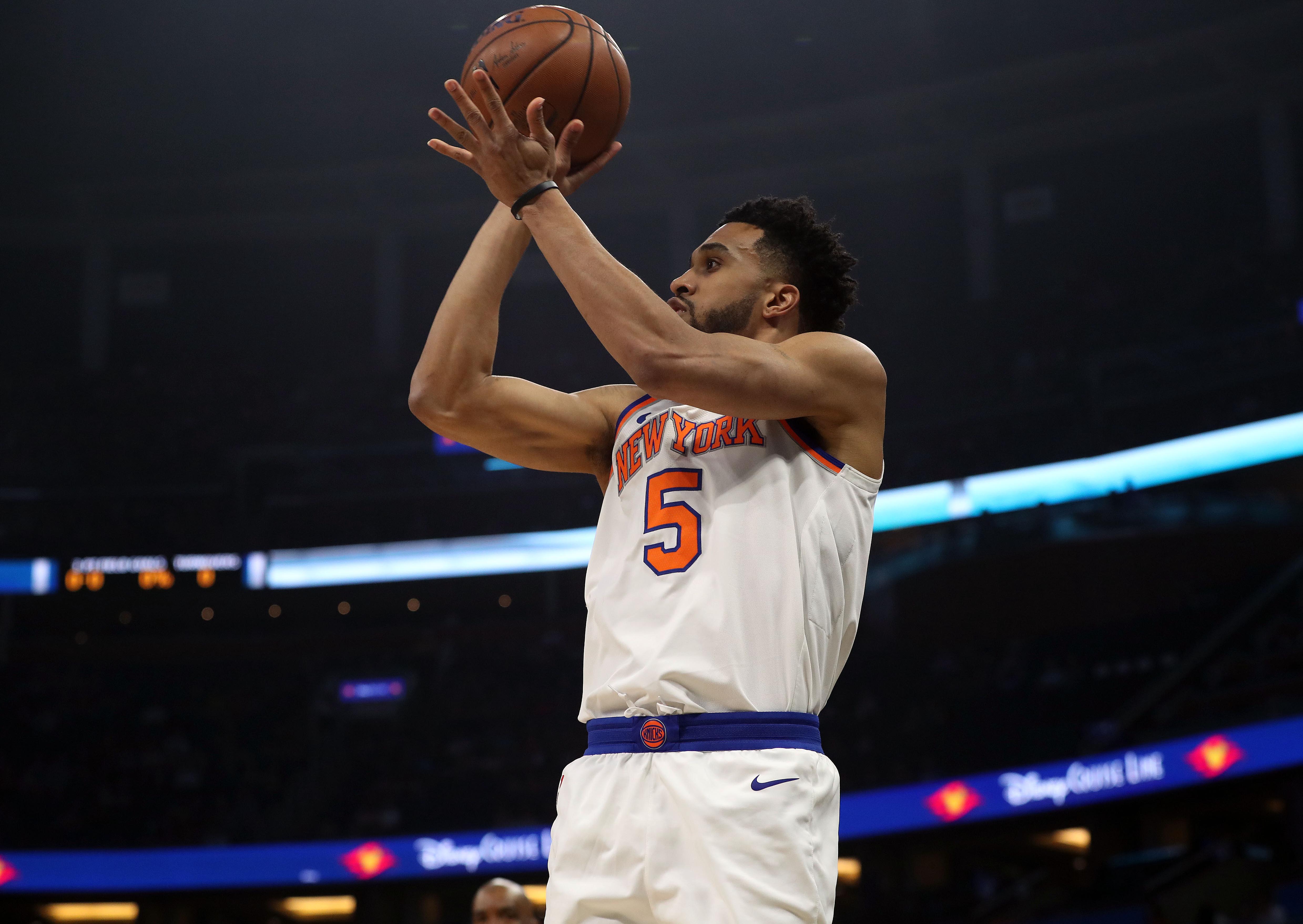 With Kristaps Porzingis out for the season and the Knicks’ playoff hopes all but a distant memory at this point, the organization is making a shift towards the future. Porzingis is sidelined, so his supporting cast of veterans will likely fade away as prospects come more into focus. Such a transition started on Thursday against the Magic, as Jarrett Jack sat out and Courtney Lee played just 14 minutes. Even Enes Kanter, just 25 years old, logged 21 minutes in the victory in Orlando. With a player option for next season, it remains to be seen if he’ll opt in or if the Knicks will be interested in retaining his services following a potential opt out. Either way, he’s an established player who saw his minutes cut for the likes of Luke Kornet and other inexperienced prospects.

As these quality players take a back seat, nothing is more at stake for New York than sacrificing any winning ways in lieu of a higher draft pick this summer. The ironic thing is that the team’s youthful brigade  led by Trey Burke, Frank Ntilikina, and Emmanuel Mudiay propelled this team to an otherwise meaningless win.

On paper, the Knicks’ season is lost. At the same time, fans will still fill the seats the rest of the way. The Knicks and the NBA have a commitment to compete, entertain, and reward fans for the undying loyalty they bestow upon their team(s), regardless of how poorly things go.

Where’s the pride? The organization should understand that a tanking mentality (also) gives players the wrong idea and leaves a bad taste in their mouths moving forward. It also discourages fans from coming back, or believing the team has any hope. A team like the Philadelphia 76ers had a plan and communicated that “process” to the fans. Now, there’s a light at the end of the tunnel and fans are rewarded for their patience and understanding. On the contrary, New York’s tanking appears to be more reactive. If this was truly the strategy, why weren’t similar youngsters played more from day one?

During Thursday night’s broadcast, MSG Network’s Mike Breen discussed the effects of a team’s tanking strategy on the fans. Season-ticket holders aren’t given discounts on their tickets in the later months. Some of the more rational and analytical fans understand the need to lose and/or play young prospects, but it’s a far cry from how the season began. With the Knicks turning their back on legitimately competing (by playing their most talented players), these same fans aren’t getting what they paid for, which also makes such tickets all the more difficult to sell.

The Knicks began the season with a 17-17 record. There was hope. While looking like a bonafide M.V.P. candidate through ten games, Porzingis still continued to play at an incredibly high level by year’s end even after coming back down to earth a bit.

Kanter, too, has arguably played at an all-star level throughout the campaign, tallying averages of 14.3 points and 10.7 rebounds. The big man stands tall in the top ten in league rebounding, and ranks 4th both in offensive rebounding (3.6) and field goal percentage (61%). His 86% shooting from the charity stripe is high among fellow big men. He’s third in rebounding percentage (23%) and comeback kid Jack is slotted fourth in assist ratio (37%). Courtney Lee is having a career year, leading the league in free-throw shooting (94%), while boasting a career-high of 13.1 points and matching a career-best 41% from downtown.

After playing so well, the aforementioned trio will receive thanks by being asked to take a back seat in the weeks to come. They’ve made names for themselves amongst the orange and blue faithful, but these fans won’t be able to attend games and watch guys that have emerged as fan favorites. There’s somewhat of a disconnect all around, especially because the team had playoff hopes heading into the new year. Why lean on veterans early on, only to pull the rug out from under them?

As Sam Hinkie and other executives currently appearing at the Sloan Sports Analytics Conference this weekend can probably attest, there’s plenty of strategy and sensibility when it comes to tanking if done correctly. However, this sudden change by the Knicks disregards its players and fans alike.