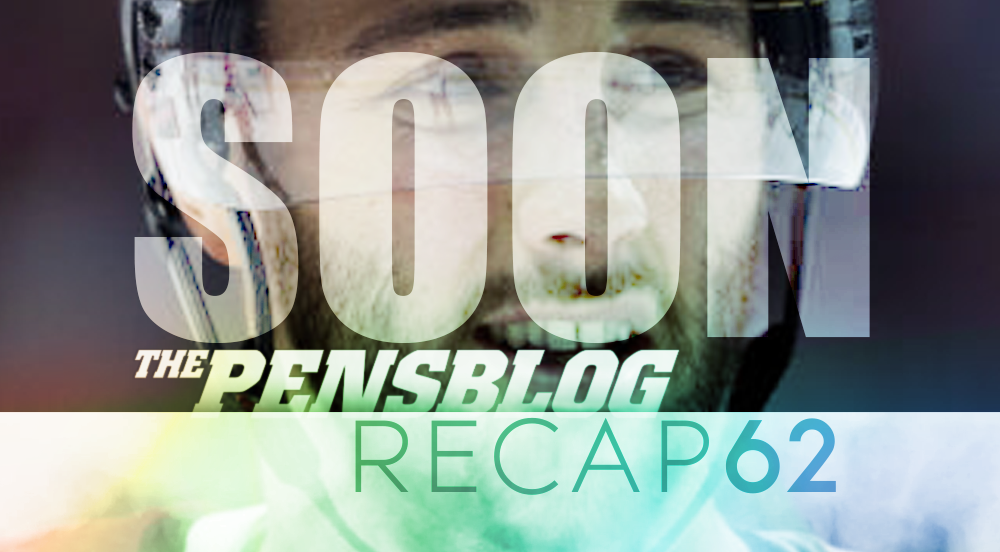 And just like that, the top team in the Metro became the most dangerous and biggest matchup nightmare team in the league.  Because when you have a legitimate 2C, capable of scoring 50-60 points, anchoring your 3rd line with Phil!, it puts every single team in the NHL on notice.

That notice: you’re all fucked.

Regardless of the ridiculous, batshit insane center depth the Pens now possess, this is a team that has just been on a tear of late, playing some of the best hockey we’ve seen out of them this season and a run of form largely unmatched by any other team in the league.

Last night was another microcosm of that.

This Hurricanes squad is not the same basement dwellers we’ve grown accustomed to seeing since being swept out of the ECF in 2009.  This is a team that is on the cusp of a playoff spot.  But this is also a team that got clowned for 60 minutes by a lethal, now complete, Penguins team.

On top of hammering the Canes with 39 shots on goal, the Penguanos put them through the ringer in controlling the puck.  Aside from about a 10 minute spell in the 2nd period, it was all Pittsburgh all night.  At even strength, the Penguins attempted 70 shots compared to the Canes 58.  Carolina had more scoring chances through 40 minutes (30-22), but when the 3rd period rolled around, the Penguins throttled the Canes to the tune of 12-1.  Bearing in mind it was 4-1 heading into the 3rd, a normal person would expect the Pens to lock everything down and coast to a victory.  But this is the galaxy brain Penguins and they are ruthless as shit.

With that, coming on the heels of a 4 day break where every team with games in hand finally caught up, the Penguins have full control over the top spot in the Metro.

Washington and Philly are within striking distance with their singular games in hand, but fuck them and the horse they rode in on.  Let’s roll.

Welcome back to the lineup, Hornqvist! pic.twitter.com/SUg7nQ1up4

After missing a handful of games, Big Daddy Hornqvist re-entered the lineup, rejoining forces with Hags and Malkin.  Dom Simon returned to Crosby’s LW, while Jultz returned to the blueline after being sick.  Cole scratched in favor of Hunwick and also because he was in the process of being traded as part of the Derick Brassard deal.

Despite levying 11 shots on goal in the first period, the Penguins weren’t able to open the scoring until about 13.5 minutes into the game.  All it took was a dominant shift from Phil! and Guentzel with the former setting it all up with a vintage streak down the right wing to get into the zone and get to work.  Phil! would go on to set up Guentzel for a 1T in the slot that ended up in the corner.  Guentzel kept working, sealing off the wall and prohibiting Hanifin from finding a teammate.  Bake’s dirty work turned the puck over to Phil! to do the Kessel Walk off the half-wall, selling the entire Hurricanes team on a shot before trotting through the slot and feeding a pass against the grain and crease for the easiest goal of Guentzel’s life.

when your best bud is coming over and mom said she'll make bagel bites pic.twitter.com/hrzujtgalO

That 1-0 lead would hold through the rest of the opening frame until under a minute into the 2nd.  Coming right off an offensive zone faceoff, Hornqvist helped out in tying up Haydn Fleury’s stick to allow Malkin to latch on to his own faceoff win and sweep the loose puck back to Maatta at the point.  Puck had to have eyes to find its way through the mass of bodies as Hags cut in front of Ward’s sight line as the floater found twine.

But under 2 minutes later, the Penguins would similarly be victimized by a faceoff loss.  Simon lost the draw in the Canes zone, which saw the Hurricanes launch the puck down ice and nearly ice it, had it not been for a great effort from Aho to negate the icing and get it to a supporting Elias Lindholm jumping into the zone.  He found Teuvo Time all alone in front, who was able to spin and rip on by Murray to cut the lead in half.

But that’d be the only noteworthy thing the Hurricanes would do the rest of the way, despite spending the following 3 minutes after scoring having the Pens pinned in their own zone.  But as the two teams went for a change when Dumoulin went to pick up an innocuous soft dump, he looked up and hit Grendel with a homerun pass to spring him and Phil! on a 2v2 with Bake turning provider for Phil! this time.  Easy money.  That epitomizes how quickly the Pens can turn nothing into something.  What a feed from Dumo, man.

Just over 2 minutes later, Phil! and Guentzel were doing it again.  The combo of Guentzel and Sheahan backchecking helped turn the puck over at the Pens blue line and hit the Canes again on the counter.  Sheahan deferred to Guentzel to streak through the neutral zone, eventually finding Sheahan trailing and slipping a little 3 foot pass to Phil! to just direct and trickle through a sprawling Ward.

It would take the Penguins ~21 minutes of game time, plus an intermission, to reap the rewards of out-chancing the Canes 12-1 in the 3rd.  I, for one, would like to think it was because they wanted to just hang out and let the hockey world sort out the Brassard deal, which would finally go through between the 4th and 5th goals.  This is ignoring the fact that they nearly scored under a minute into the period again, but Hagelin had his  goal called back for a distinct kicking motion.

So after we got the final details of the trade call and all flipped the fuck out over how much better the Penguins got, Seb Aho went off for high sticking Letang to give the Pens their one and only PP of the night.

With Hornqvist back in front of the net, this PP unit wasn’t fucking around.  Sexy little interchange between Malkin and Crosby along the half wall opened up space for Gene to feed Letang at the point with Brock McGinn chasing.

Ward made the save on the one-timer, but wasn’t controlling the rebound enough to keep Crosby from banging home the PPG and giving Letang the assist to tie Paul Coffey atop the list of assists among Pens d-men in franchise history.

Three minutes later and the rout was finished off with a Gene goal and a Cam Ward Meltdown Special.  Unreal work rate and forechecking from Malkin and Aston-Reese despite being up 5-1, combining to take the puck off Skinner and Fleury, allowing ZAR to walk out and get a shot off on Ward from in tight.  Malkin bodied Skinner to get to the rebound, get absolutely robbed by Ward, but still sneak home the final crack at it.

The Pens are back at it in about 16 minutes in Sunrise, FL, to take on the Cats before coming back home to host the Devils on Tuesday night.  LGP.