Enes Kanter wants to stay with Knicks for long-term future 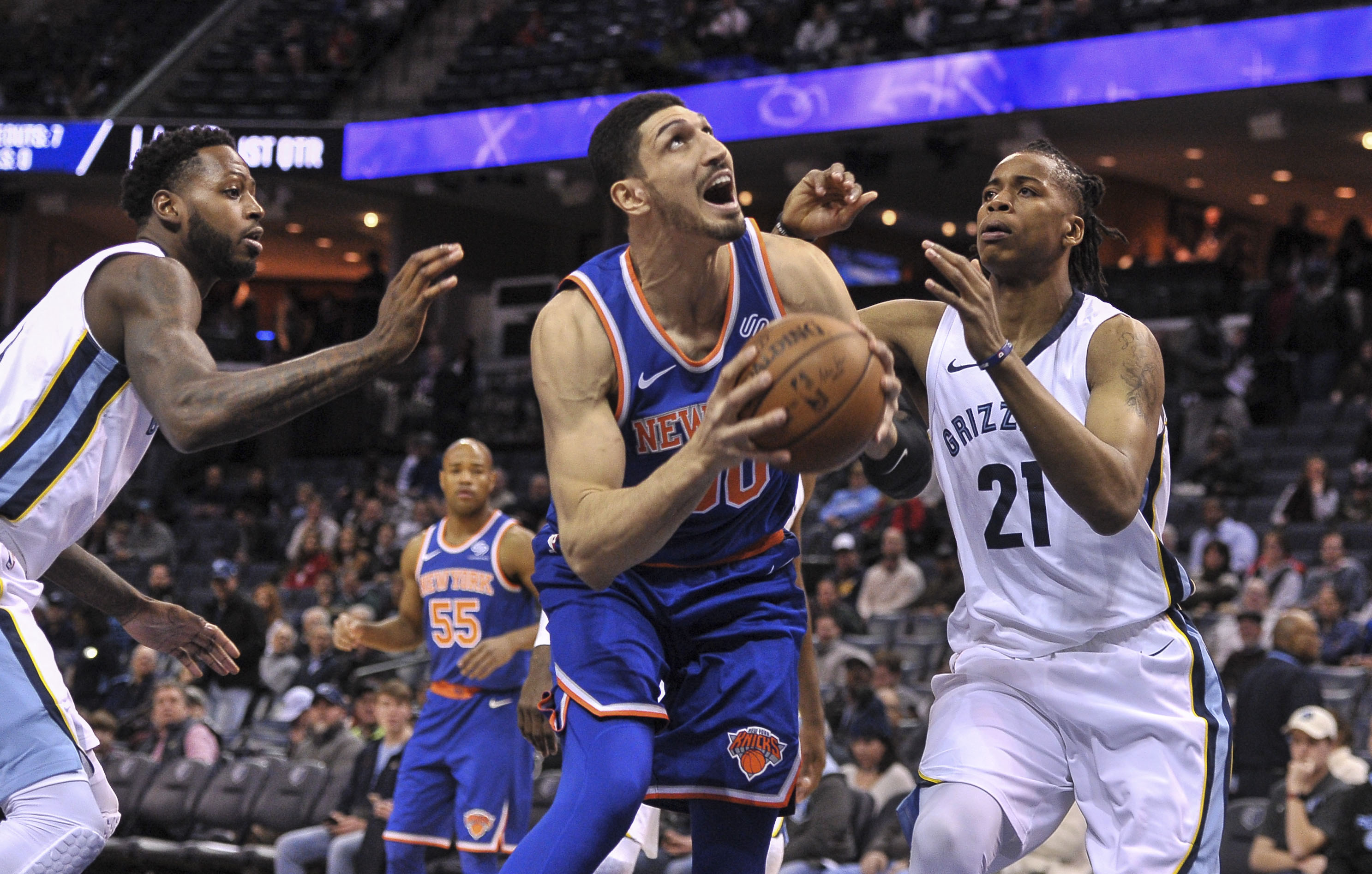 Enes Kanter wants to stay with Knicks for long-term future

Though not quite as dramatically as Jarrett Jack or Courtney Lee, Enes Kanter too has seen since his minutes go down as part of the Knicks’ sudden youth movement. He played 23 minutes against the Celtics on Saturday after logging just 21 in Orlando on Thursday.  The Knicks were favored to beat the Magic, but not the Celtics.  If you’re interested in wagering on the Knicks, consider using the heart bingo bonus to make the most of your betting stack. Nevertheless, he’s interested (if not also seemingly committed) in remaining in orange and blue for the long-term future.

“This is the place I want to be,” Kanter said following Saturday’s loss to Boston, according to Newsday. “I’ve said it from the beginning because I know the organization. I love the city, lot of Turkish people. With KP or without KP, I want to be here for sure.

“This is a rebuilding team and the guys around us are really amazing. From the top guy to the last guy everybody has just been awesome to me. Everybody opened their arms for me from day one. We’re just going to get better.”

At least the attempt at a cultural change has one player believing in the Knicks’ overall vision. Kanter added that he hasn’t decided whether or not he’ll exercise his player option for next season just yet. If he opts out, negotiating becomes a two-way street and New York must decide if they want to spend big bucks on Kanter and commit to him as part of their future. If they decide not to, his goal to remain in the Big Apple will shatter.

Kanter has developed good chemistry and displayed camaraderie with the likes of Kristaps Porzingis, Frank Ntilikina, and Tim Hardaway Jr. — all of whom figure to remain apart of the Knicks’ future as well. He’s already comfortable with Jeff Hornacek and new teammate Trey Burke from their previous time together with the Utah Jazz. Plain and simple, Kanter has emerged as one of the best centers in the league this season. If the Knicks had maintained their level of playoff contention through all of January, it would have been difficult to deny him his first All-Star bid. Averaging 14.2 points and 10.7 rebounds, Kanter is also prominent among the league leaders in field goal percentage, rebounding, and offensive rebounding. He’s one of the best free-throw shooting big men in the league.

Working against Kanter are his defensive shortcomings. He commits a bevy of unnecessary fouls and isn’t much of a rim protector. What’s more, the Knicks may be hesitant to make such a steep and expensive commitment with big time free agents set to hit the open market in the summer of 2019. Nevertheless, there’s something to be said about developing continuity and rewarding guys for steady play. Kanter deserves the big pay day coming his way, and New York should be the team to give it to him.

Kanter also told Newsday that he understands the Knicks’ current situation and that his minutes may decrease as the season comes to a close. It doesn’t sound as though he’d hold that against the club when it comes to potentially opting in or negotiating further.

New York is where Kanter wants to be, which is not something many quality players are willing to admit these days. The Knicks look to make a mutual commitment.