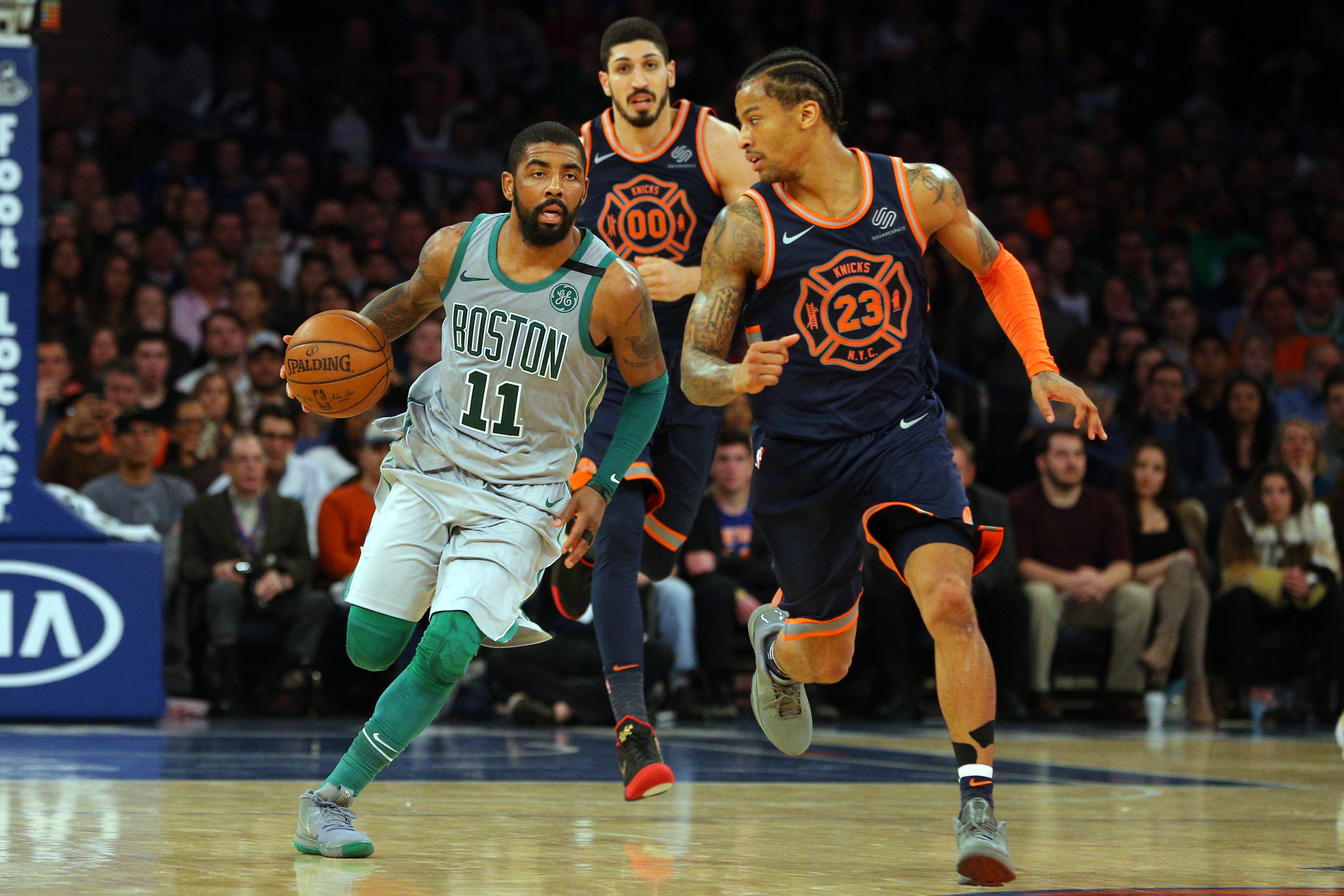 At this point in the season, the Knicks aren’t expected to compete with a team like the Celtics. Boston is fighting to reclaim its spot as the East’s top dog, whereas New York’s attention is turned to next season with Kristaps Porzingis sidelined for the foreseeable future.  The Knicks are currently +600 to make the playoffs, putting them as a massive long shot.  Still, basketball bettors who are willing to take a risk could do really well by using best bookie bet365 to wager on the Knicks.

Then again, this was all very difficult to tell by the way the Knicks competed against Kyrie Irving and Co. on Saturday night. After securing a win over the Magic on Thursday, New York’s young and hungry prospects once again had other plans than simply rolling over and taking a loss.

Trey Burke became the first Knickerbocker guard to tally 25+ points and 5+ assists in consecutive games since Nate Robinson, adding 26 points and 8 assists off the bench. He led the team in both categories and ignited the crowd, throwing his hands up and encouraging more roaring excitement from the home faithful. Playing alongside Burke has helped Frank Ntilikina, as he’s been able to play off the ball and limit turnovers. The rookie’s statistics may not be very flashy, but his defensive efforts have proven to be vital to any hopes of competing. Four other scorers followed Burke’s example with double-figures, and Enes Kanter paced his team on the boards with 12 rebounds while also adding 9 points.

This group was hungry and despite Jeff Hornacek’s disregard for momentum by making questionable substitutions at inopportune times, they stayed within closing distance of the Celtics throughout the game. There was just one problem: by showing such desire, the Knicks poked the bear.

The Knicks had high hopes, but Kyrie Irving was having none of it. The perennial all-star exploded for 31 points and he could barely miss in the second half. Irving took over and silenced New York, all but eliminating any hopes of staying alive. On any other evening, an opposing scorer going off like Irving would have put the home audience out of its misery. But coincidentally enough, the Big Apple crowd showed some allegiance to New Jersey bred Irving, He put on quite a show, and because New York isn’t competing for anything of meaning, its crowd cheered and showered Irving with appreciation instead.

Winning isn’t a priority right now, and it showed as the Knicks eventually suffered a nine point loss by the final buzzer. If Coach Hornacek and Co. are truly committed to the development of its prospects, they should allow them to compete for victories and have the veterans complement their efforts. This would give them a taste of a successful mentality and it could very well be infectious for the future. But so far, the coaching staff has turned its back on the veterans and left the prospects out to dry when the going gets tough. That’s no way to nurture young talent if you want them to contribute to a winning environment next season.