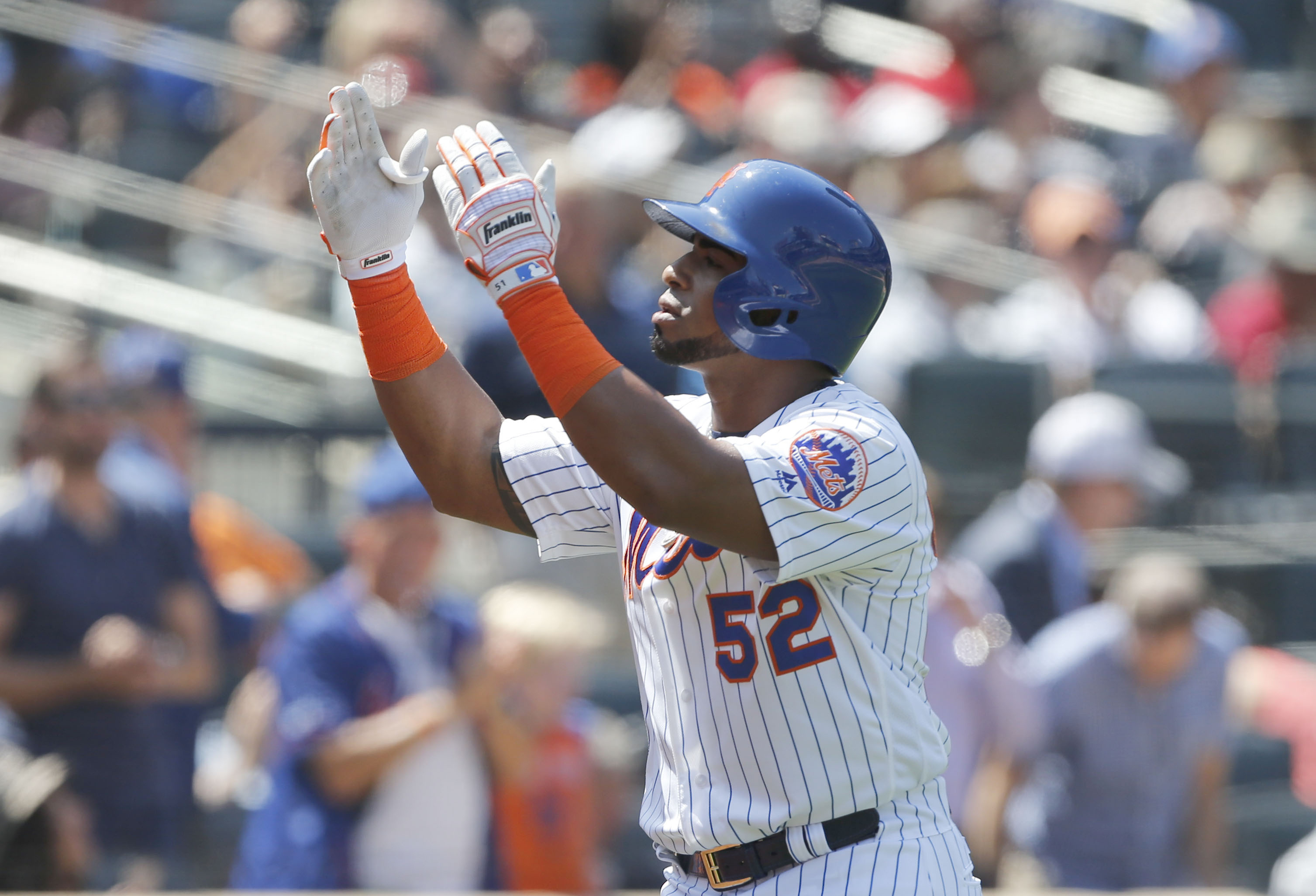 After fielding lineups that featured mostly minor leaguers for the first two exhibition games, the New York Mets put out most of their regular contributors against the Miami Marlins. Unsurprisingly, the Mets walked away with a 10-3 win thanks to the strength of their offense. Yoenis Cespedes set the tone early, smashing a towering three run homer in the second inning. Asdrubal Cabrera served as the leadoff man, going 2 for 3 with a double and a run scored as the Mets continue to experiment with the top of the batting order. The Mets also used Adrian Gonzalez (1 for 3), Todd Frazier (1 for 2, double, run scored, RBI), Travis d’Arnaud (0 for 1), and Amed Rosario (2 for 3, two runs scored, 1 RBI, double). Backup catcher Jose Lobaton also homered in the contest, launching a solo shot as part of the Mets’ five run fifth inning.

The Mets also sent out a representative pitching group, starting Robert Gsellman and using six relievers who are expected to be in the Opening Day bullpen. Gsellman pitched well, allowing one hit and striking out two in two shutout innings to earn the win. Jeurys Familia followed with a scoreless third before Jerry Blevins and Paul Sewald each gave up a run in an inning of work. New Met Anthony Swarzak gave up a homer to Chad Wallach in the seventh but was fine besides that. Rafael Montero worked the final two innings and was dominant, striking out four in two perfect frames to close out the win. It was a big performance for Montero, who likely has the inside track to a roster spot since he is out of minor league options.

The Mets will be back in action tomorrow when they hit the road to face the Houston Astros. Noah Syndergaard is slated to make his spring debut. The Astros will counter with Justin Verlander, and first pitch from West Palm Beach is scheduled for 1:05 pm.